The activism of military veterans spans the political spectrum 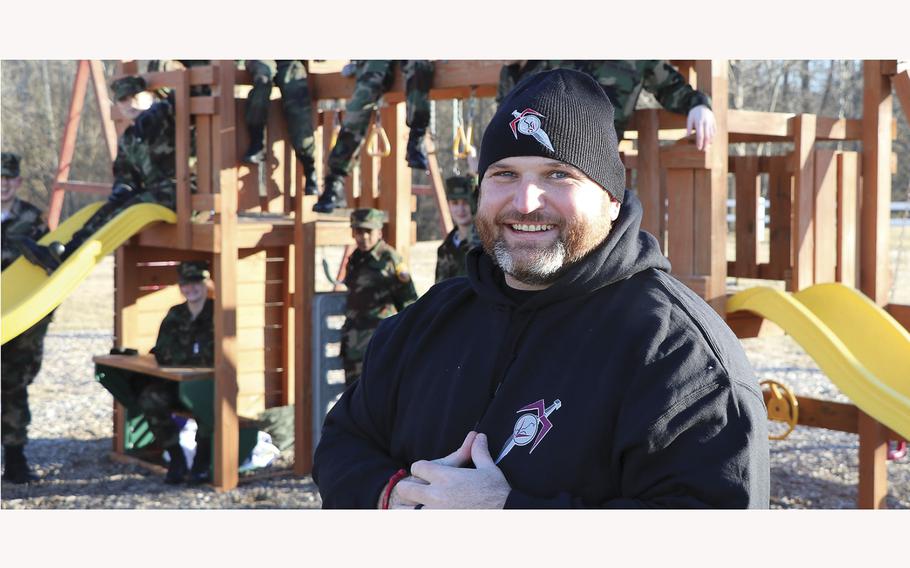 In 1980, Korean War veteran Thomas Wynn, coordinator of the National Association of Black Veterans, was invited to testify before a congressional hearing about issues related to postwar readjustment. "The Black veteran in this country," he said, "has always had enormous problems that were his alone." Those included "racism and classism in the military," Wynn told the senators, as well as general challenges facing "poor and minority persons."

Recent reports indicate that veterans are disproportionately recruited to extremist organizations and that former service members have helped to propel paramilitary violence for decades. While it is crucial to pay heed to those realities, Wynn's statement offers a reminder that people with military records — like any other diverse group — have complex and varied histories and activist identities. Acknowledging the multiplicity of veterans' advocacy efforts is crucial, in part, because organizations have long sought to grow their power by claiming to be the sole or paramount representatives of people who serve. In fact, no one activist ideology is — or ever has been — the natural envoy of veterans.

In the early 20th century, military service in the United States was generally publicly celebrated as righteous and advocacy organizations prized veterans' allegiance. After World War I, veterans' groups and politicians consciously aimed at combating leftist tendencies among former service members. For instance, in the 1920s, the politically powerful American Legion supported the provision of publicly-funded veterans' benefits, even though the group was avowedly anti-communist. The legion embraced the government programs, in part, because leaders were concerned that so many veterans were drawn to anti-establishment organizations such as the Industrial Workers of the World. "When a man wants sympathy and does not get it, he is a good, fit subject for the radical agitator," a legion leader warned in 1920, suggesting that federal generosity to veterans could undercut the appeal of more threatening ideals such as working-class solidarity.

Many were drawn to local chapters of groups like the American Legion because of the appeal of kinship with neighbors — not mainly because they identified with the political stances or inflammatory rhetoric of organization leaders.

For example, although some high-ranking American Legion officers trumpeted the far-right anticommunism of Joseph McCarthy in the 1950s, historian Olivier Burtin reveals, the rank-and-file did not necessarily abide. Hundreds of surveys of members of teachers' unions and affiliates of the American Civil Liberties Union at the time revealed that there were few efforts among legion chapters to undercut academic freedom or civil liberties at the local level.

While acknowledging that some veterans' organization members, chapters and leaders have acted consequentially and sometimes violently to advance anti-democratic causes, it is also useful to recognize that those actions did not necessarily represent the will of all, or even most, veterans.

That is especially clear when we widen the view of historical veterans' activism beyond politically sanctioned groups such as the legion and consider organizations and individuals that adopted more radical agendas. Throughout U.S. history, including in recent years, some veterans have embraced antiwar and anti-imperialist ideals. Former service members from marginalized groups, often galvanized by the paradox of being compelled to fight for freedom on behalf of a country that did not offer them equal citizenship, became leaders in American Indian, Black, Latino and immigrant rights struggles.

In the 1970s, inspired by the example of prior generations, Thomas Wynn's National Association of Black Veterans straddled the worlds of civil and veterans' rights activism. In 1972, the organization, then known as the Interested Veterans of the Central City, or IVOCC, led a march with fellow community groups to protest a police officer's slaying of a 19-year-old Black woman named Jacqueline Ford. Though the cause ostensibly had little to do with veterans' matters, IVOCC representatives helped form a committee consisting of prominent Black citizens that led multiple rallies and demanded a hearing with the police chief about what the Milwaukee Star called "the long-standing threat of police brutality in the inner-city."

While the era after the Vietnam War saw a rise in leftist activism among veterans, right-wing extremism also escalated. Vietnam veterans joined white power groups such as the Ku Klux Klan, as their counterparts had after previous wars. By the early 1980s, historian Kathleen Belew shows, a network of paramilitary organizations had adopted a sharply anti-government agenda that continues to shape white supremacist extremism to this day. Former service members, Belew notes, "played instrumental roles in leadership," and brought the groups "particular expertise, training, and culture."

While it is difficult to quantify the extent of former service members' involvement in paramilitary groups in the late 20th century, commentary on currently rising extremism focuses on veterans' disproportionate participation. Political scientist Eric Hodges notes that 10% of people arrested for involvement in the Jan. 6, 2021, Capitol insurrection were veterans, an overrepresentation given that former service members constitute slightly more than 6% of the U.S. population. Hodges cites a variety of possible factors — for example, the ignition of "nationalist sentiments" by the "heated rhetoric" of Donald Trump "combined with … military training and combat exposure." Catrina Doxsee of the Center for Strategic and International Studies offers another explanation, which also applies to white power organizations in the 1970s: that extremist groups "tailor recruitment toward military personnel" given their "specialized knowledge and abilities."

But of course, it is not just veterans' distinctive skills that militant right-wing groups want. It is their apparent credibility. Indeed, according to recent research, in pre-World War II Italy and Germany, fascist and National Socialist parties "claimed that they represented 'the veteran' to gain legitimacy for their cause." But the groups had not actually earned widespread support among former service members.

A century later, amid necessary efforts to counter a real and dangerous rise in extremism, it is imperative to resist presuming that right-wing paramilitary organizations stand for some sort of unified will of people with military records. The multifaceted history and legacy of veterans' activism teaches us that such a presumption is both inaccurate and perilous.

Jessica L. Adler is an associate professor of history at Florida International University and author of "Burdens of War: Creating the United States Veterans Health System."