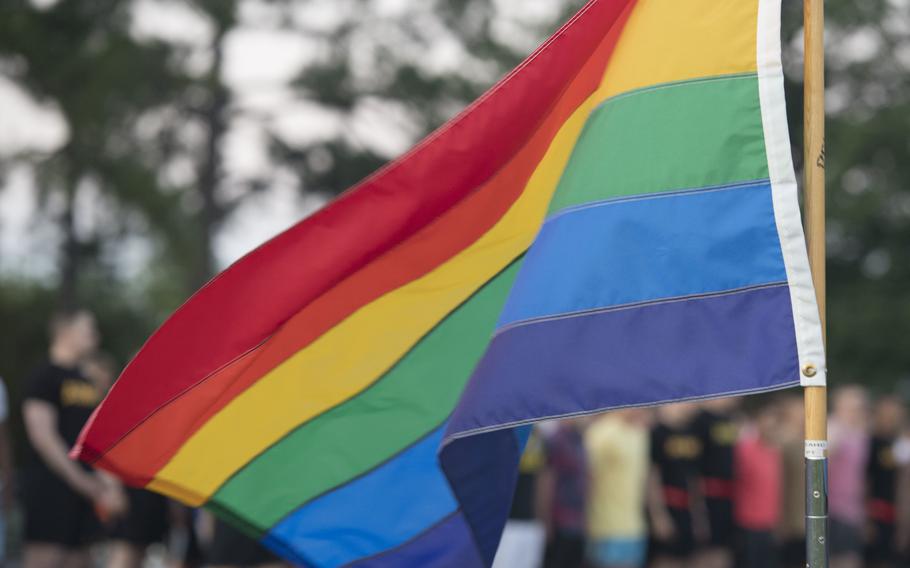 By the time Rhett Chalk died in 2020 from wounds he sustained in Vietnam, his partner of 44 years, Lawrence Vilord, had been providing him with round-the-clock care for well over a decade. At first, Vilord was relieved to learn that the Department of Veterans Affairs provides special death benefits to long-time spouses who cared for their disabled partners. Relieved, that is, until Vilord discovered that he didn’t qualify because the VA didn’t consider his and Chalk’s 44-year same-sex relationship “legally valid.”

Vilord was among thousands of veteran families who cheered the VA’s recent announcement that it will stop discriminating against survivors of LGBTQ+ veterans. Vilord, whom we have represented at Harvard Law School’s Veterans Law Clinic since 2020, had challenged VA policies that deprived him of survivor benefits because he was able to marry only after the Supreme Court’s 2015 decision in Obergefell v. Hodges.

As Vilord’s student attorneys, we were thrilled that his case helped bring about overdue changes that LGBTQ+ service members and their families have long been fighting for. Then we read the fine print.

Unfortunately, the VA’s new approach is not the complete fix it initially appeared. Instead, VA continues to deprive thousands of LGBTQ+ survivors of benefits they would have received if they were heterosexual.

This Veterans Day, we call on VA to remove the remaining barriers that stand between LGBTQ+ survivors and the government benefits these military families have earned. VA can, and must, do better.

The U.S. military’s anti-LGBTQ+ history extends back to its origins in the Revolutionary War, when Gen. George Washington dismissed Lt. Frederick Enslin from the Continental Army for sodomy in 1778. As recently as 2011, gay, lesbian, and bisexual service members lived in a constant state of fear under the “don’t ask, don’t tell” policy, concealing the identities of their partners at doctor’s appointments, on deployment care package addresses, and when renting or buying homes.

VA‘s policy change exacerbates, rather than remediates, some of those vestiges of discrimination. VA will now require same-sex survivors to document a “marriage-like” relationship to receive benefits – expecting the same service members who concealed their relationships to suddenly supply evidence of a public-facing “marriage.”

Even more concerning, VA mandates that same-sex couples entered a “legally valid” marriage within two years of the Obergefell ruling. This means that survivors who didn’t marry their partner in that narrow window – including all those whose spouses had died before 2015 – are forever deprived of benefits.

Finally, VA will pay survivor benefits only beginning in October 2022, rather than applying the policy retroactively. For a survivor whose spouse passed away five years ago, that amounts to tens of thousands of dollars she would have received if she had been in a heterosexual relationship. VA’s inexplicable decision to withhold all retroactive benefits merely highlights how VA’s policy change is more about generating favorable headlines than making LGBTQ+ survivors like Vilord whole again.

VA’s inadequate efforts to alert the LGBTQ+ survivor community to this new policy, meanwhile, will severely hamper any impact this change may have. Recent research affirms how persistent discrimination against LGBTQ+ veterans continues to isolate this population from the larger veteran community, contributing to rates of depression and suicidal ideation that are double those among heterosexual veterans.

Simultaneously, LGBTQ+ veterans have disassociated themselves from their military past to find shelter within the LGBTQ+ community, which has struggled to embrace these veterans and their military background precisely because of the military’s history of discrimination and mistreatment. Trapped in this “double closet,” LGBTQ+ veterans are unlikely to learn about this new policy in the absence of a concerted outreach and awareness campaign -- something VA has shown no eagerness to pursue.

VA can solve many of these problems. It should set clear, inclusive and broad criteria for adjudication of same-sex survivor benefits, factoring in the many challenges that same-sex veterans have faced in sustaining outwardly “marriage-like” relationships. It should abolish its “legal marriage” requirement for survivors whose spouses died before 2017. And it must extend retroactive application of these benefits to properly remediate past discrimination.

On this Veterans Day, we call on the VA to honor all veterans and their families, including Rhett Chalk and Lawrence Vilord, by amending its new policy and treating LGBTQ+ veterans and their loved ones no different from any of their brothers and sisters in arms. Only then will their sacrifices, and justice more broadly, be served.

Nathan Lowry and David Paul are second-year students at Harvard Law School. Mr. Lowry served in the U.S. Marine Corps in Afghanistan. They are student attorneys in the Law School’s Veterans Law Clinic, where they represent veterans and military families.