Democrats have alienated the voters they need most 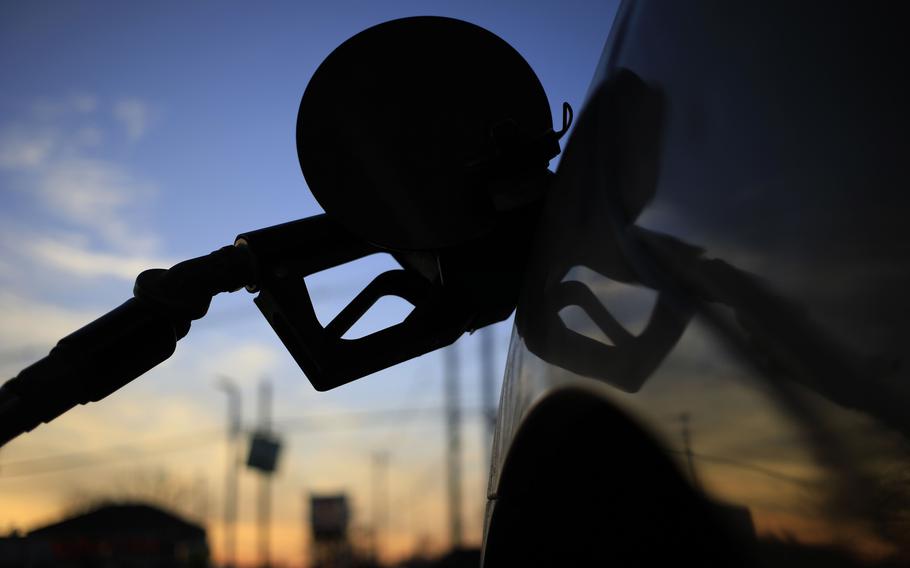 A fuel pump in a vehicle at a BP gas station in Louisville, Ky., on Jan. 29, 2021. Democrats’ most obvious failure this year has been to sideline, ignore or simply deny the issues that polls have repeatedly said voters care most about. The economy, including gas prices, consistently tops the list.  (Luke Sharrett/Bloomberg)

Whatever the outcome of this week’s midterm elections — whether it’s a red wave or a red ripple — one thing is already clear: Democrats have fought a pitifully poor campaign. They face a Republican Party that has no platform, an array of conspicuously flawed candidates and a patently unfit leader. Democrats should be looking forward to sweeping victories. As things stand, their best hope is to limit their losses.

Not only have they failed to connect with the persuadable center of the electorate, they haven’t actually tried. The party has settled on a catastrophizing, fundamentalist narrative that delights its true believers and repels the ordinary voter.

President Joe Biden’s most important job was to detach his party from this alienating conception of the country’s challenges. Instead, he became its leading spokesman. This compounded the party’s difficulties by merging the president’s defects as a politician with an implausibly alarmist worldview. His feeble and meandering speech last week summed things up: Vote for Democrats — not for better government but to save democracy.

I agree with Biden that American democracy is being tested. Donald Trump is an alarming aberration, and Republican politicians have disgraced themselves by allowing him to capture their party. But I also see Trump as a symptom of what ails America more than a cause, and blame Democrats no less than Republicans for enabling him.

Democrats’ most obvious failure this year has been to sideline, ignore or simply deny the issues that polls have repeatedly said voters care most about. The economy consistently tops the list. Inflation is attacking living standards in the most visible way: Voters see it every time they buy groceries, put gas in the car or pay their rent.

Yet according to the president, the economy is “strong as hell.” More to the point, how can people complain about rising prices — or crime, or border security, or their children’s schools — when democracy itself is at stake?

This Democratic lurch toward catastrophism isn’t confined to the imminent threat of dictatorship. The existential threat of climate change must also be addressed. If you ask about the costs and benefits of carbon abatement, let alone the scope for adaptation, you’re a climate denier. Wholesale transformation of the economy is required. Then there is the issue of racial justice. American society is systemically broken and has been since the founding of the country. It needs to be rebuilt from the ground up.

There is room for spirited debate on all these issues. Yet each of these positions is hysterical. It’s remarkable that any mainstream political party — in America of all places — should align itself with them and expect to command a controlling majority.

For the moment, however, set aside the rights and wrongs of each indictment of the United States. Instead, note the central contradiction.

How can a party that frames issues in such fundamentalist terms plausibly advocate for democracy, let alone purport to be its savior? On the Democrats’ own analysis, democracy itself is an existential threat. This is the country that elected Trump in 2016, and seems about to put mega-MAGA semi-fascists back in charge of Congress. Polls say Trump could beat Biden in 2024. Democrats know that too few Americans care enough about climate change or racial justice to let those questions drive their votes.

In other words, when Democrats look at the wavering middle of the electorate, they see ignorance and bigotry. And their cure for this is … democracy?

Those disdained low-information voters might not know much, but they probably wonder if this adds up. The Democrats’ political tactics cast further doubt, because Republicans have a point when they accuse Democrats of hypocrisy about democratic principles.

Democrats uphold these norms when convenient and subvert them when they’re not. According to Democrats, elections aren’t always on the level. (Sometimes, they’re just stolen.) A Republican administration ought to face not just opposition but #Resistance. A conservative Supreme Court may need to be reconstituted. A broken Senate allows the minority party too much control, so the filibuster should go (that one might be revised this week). A president is within his rights to ignore Congress and spend hundreds of billions on whatever he deems a good cause, such as forgiving student debt.

Again and again, the norms of America’s constitutional order get between Democrats and what they think is needed to save the country. When that happens, they press on regardless. Thus is the party’s devotion to democracy — both its purpose and its processes — exposed as merely expedient. The idea that democracy is on the ballot has lately been the party’s entire pitch to voters. If this fails to sway the middle of the electorate, I won’t be surprised.

In the end, Democrats face a choice: They can be democrats or fundamentalists, but not both. The minimum requirement for a party purporting to champion democracy is a willingness to listen to voters — and fundamentalists don’t listen.