Time to ditch the hub-and-spoke model on alliances 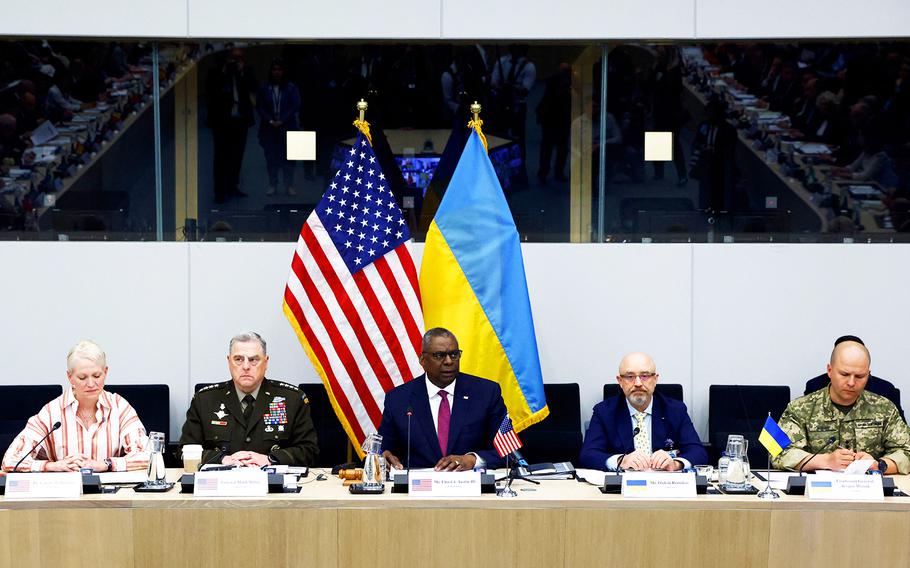 Japan and Australia signed an updated security pact in October, agreeing to engage in greater cooperation on a range of security and economic issues. Despite being a landmark bilateral agreement between two U.S. allies to counter China’s growing military power in the West Pacific, it received little attention in the American press.

Throughout the post-World War II era, the U.S. has preferred to build its alliances on a hub-and-spoke model, with the U.S. at the center. This is particularly true of the U.S.’ bilateral security treaties in Asia, but the U.S.’ European allies have also been content to simply lean on a U.S. security guarantee, despite NATO’s lip service toward multilateralism.

These alliance structures were all but guaranteed immediately after WWII, when the U.S. accounted for half of gross world output and industrial Europe and Asia had been decimated. But over the subsequent decades, as Japan and Germany rebuilt themselves into economic juggernauts, as Western European and East Asian economies flourished, and as the common threat from the Soviet Union vanished, America’s unbalanced alliances remained. Shorn of their central purpose after the Cold War, many experts believed that the U.S.-led alliances would either close up shop or be dramatically circumscribed. Instead, the U.S. expanded its security commitments all the way to Russia’s doorstep, a decision whose consequences are now manifesting themselves in Ukraine.

States enter into alliances to counter an emerging common threat, and yet often do so hesitantly, generally seeking to have as few strings attached as possible for fear of entanglement or to keep their options open for a future strategic realignment. But the U.S.’ peculiarly long-lasting and asymmetric alliances have had a dual function in the postwar period: to deter adversaries, and also to suppress the independent capabilities of the U.S.’ allies. Lord Ismay, the first secretary-general of NATO, once famously said that the alliance’s purpose was to “keep the Soviet Union out, the Americans in, and the Germans down.” Zbigniew Brzezinski made a similar point with outstanding candor in his book “The Grand Chessboard”: “To put it in a terminology that hearkens back to the more brutal age of ancient empires, the three grand imperatives of imperial geostrategy are to prevent collusion and maintain security dependence among the vassals, to keep tributaries pliant and protected, and to keep the barbarians from coming together.”

Only slightly more subtly, a leaked draft of the 1992 Defense Planning Guidance stated that in the aftermath of the Cold War the U.S. “must sufficiently account for the interests of the advanced industrial nations to discourage them from challenging our leadership or seeking to overturn the established political and economic order.”

As long as America maintained its primacy on the flanks of Eurasia and the Middle East, the alliances continued to grant the U.S. unparalleled access to far-flung regions. Outsourcing their security also yielded domestic benefits for the U.S.’ allies, keeping defense spending low and avoiding charged historical and political tensions that might be exacerbated by rearmament. Under the umbrella of the “American pacifier,” these countries have enjoyed the benefits of greater economic integration and regional stability, without fearing that a faraway hegemon will unduly interfere in their domestic affairs.

But the rise of China now reveals the U.S.’ resources and capabilities to be severely overstretched. The security architecture that the U.S. constructed after WWII has become alarmingly fragile, and the U.S. can no longer avoid the trade-off between deterring potential threats and suppressing its own allies.

The U.S. foreign policy establishment has recognized this reality at some level. But since their main goal is still to maintain American primacy, they have tried to have it both ways by imploring allies to spend more on defense while also doubling down on their commitments in order to keep the allies firmly under Washington’s strategic direction. This is a self-defeating endeavor that for years has produced predictably underwhelming results.

Just as important as defense spending is the question of strategic autonomy. European members of NATO already spend many times more than Russia on defense, but lack the strategic integration needed not only for independent warfighting preparedness, but also for their defense purchases to be coordinated effectively. By making itself the indispensable manager of NATO, the U.S. discourages the European allies from independent security cooperation.

This is why the recent Japanese-Australian agreement is noteworthy. Encouraging independent security ties between allies in East Asia is far more important in the long run than augmenting the capabilities that the U.S. can drag to the region across thousands of miles of ocean. The U.S. should increasingly let its capable regional allies take the lead in their own backyard, and instead play the supportive role of a broker and a backstop, using its geographic depth and economic weight to the fullest advantage. The result will be both a more durable security architecture in the region, and an arrangement entailing fewer costs and risks for the United States. The recent agreement between Tokyo and Canberra is a welcome step in that direction.

Christopher McCallion is a fellow at Defense Priorities.