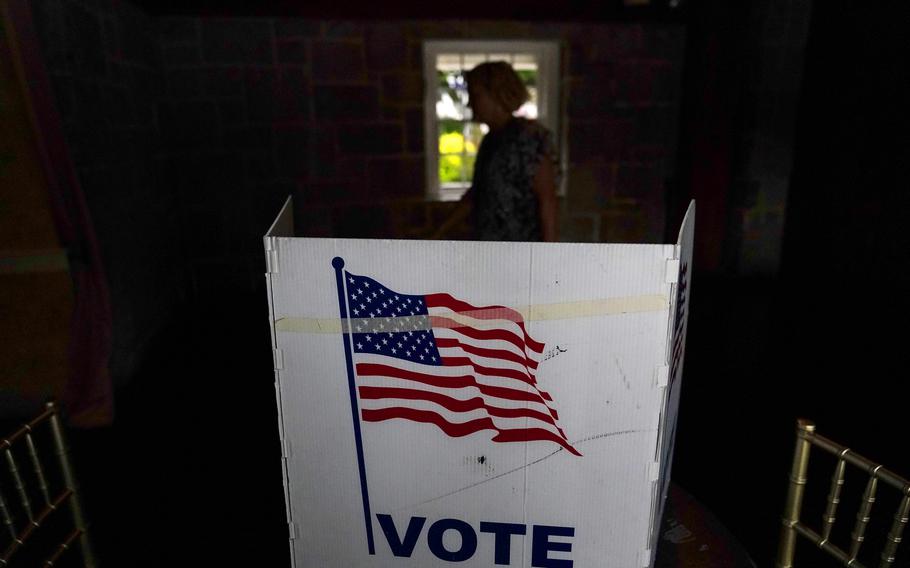 A person waits in line to vote in the Georgia’s primary election on May 24, 2022, in Atlanta. (Brynn Anderson/AP Photo)

The phrase “midterm elections” is often taken to refer to Congress: All 435 seats in the House are up for election every two years, and a third of the Senate’s (this year there are 35). But there are thousands of other elections next month in addition to those 470. All of them matter for some people, and a lot of them are important well beyond their jurisdictions.

More coverage every year is focused on Washington (yes, I’m guilty of this too). Yet there is plenty of policy and politics that matter at the state and local level. National abortion legislation is quite possible; state abortion legislation is already happening and was even before the Dobbs decision overturning Roe v. Wade. Climate, too, is often a question of state-level regulation.

Governors play a crucial role in all this, as do other statewide elected officials. And state legislatures may play an even more consequential role now that Republicans are trying to use elections of election officials and actions of state legislatures to determine the outcomes of future elections regardless of what voters want.

This isn’t just about state-level policy. Immigration, for example, has been stalemated for the most part in Congress for years — and the real action for national immigration policy has frequently depended on court battles between presidents and states. That usually means governors are involved, but many state attorneys general can act independently, regardless of what the rest of the state government wants. And actions by big states on important issues, such as California on the environment or Texas on education, can drag other states along.

But all of those are harder to summarize in national news coverage than the races for the U.S. House and Senate, even if the major national media realize how critical these contests can be. Usually a handful of elections attract attention, mostly in large states or with high-profile candidates.

Once upon a time, that worked out fine. A lot of those state and local stories were independent of national trends, and local media could cover them in more detail and with more understanding than the national media could manage. But these days state and even local elections are part of a more nationalized political system. This year, who wins in Arizona’s legislative races, where Democrats need just one state Senate seat to reach parity in that chamber, matters; and Michigan’s secretary of state contest, where an election denier might try to overturn a presidential win for Democrats in 2024, is a real part of what happens nationally. The national media know that, but haven’t really figured out yet how to convey it.

State and even local ballot measures, too, can become national stories — on top of being important where they are held. The Kansas ballot question on abortion this summer had real effects on how the issue played out this fall, with Democrats confident and Republicans on the defensive; not only could that change some election outcomes, but it will likely change how politicians from both parties act once in office. Abortion, voting rights, criminal justice, housing, education and more are all on ballots in November.

Even in congressional elections, where the majority party has almost complete control over the agenda in the House and quite a bit of control in the Senate, every seat matters. A very slim Republican majority in the House may turn out to be a recipe for chaos. Most policy outliers on the Democratic side are pragmatists, willing to cut deals to move policy slightly their way. The House Republican conference is filled with purists who have a strong aversion to compromise.

My argument isn’t that congressional elections deserve less attention — it’s that all those other races deserve more (and for a cheat sheet about many of them, see Daniel Nichanian’s always-helpful guide). People should vote all the way down the ballot. Partisans should care about more than just congressional majorities. And any assessments of the impact of the midterm elections should look at far more than the House and Senate.