At the Capitol, an overdue tribute to Truman 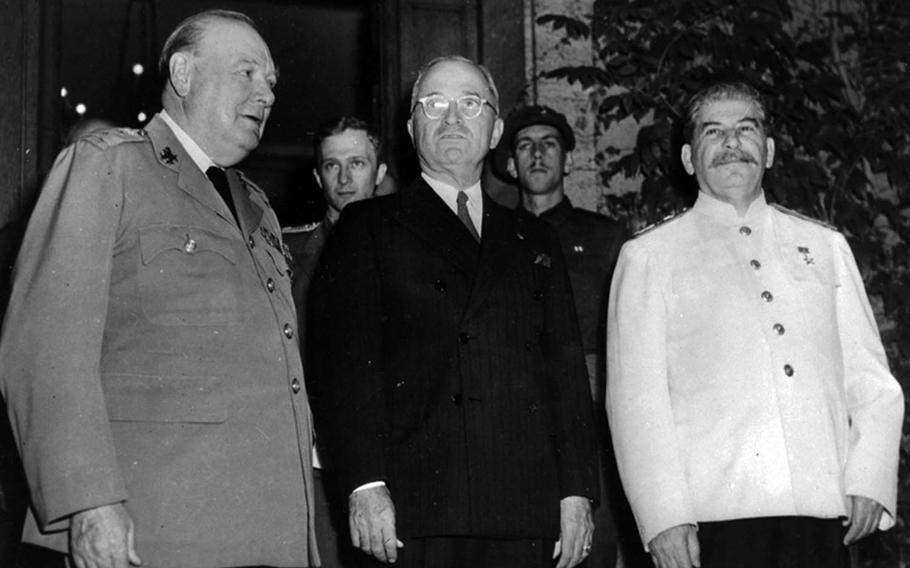 That was the preeminent statement applied to President Harry S. Truman, and accurately sums up his political and more general style while in the White House, and thereafter for the rest of his life.

At the end of September, a statue of Truman was unveiled in the U.S. Capitol, where our Congress does our nation’s legislative business, and conducts legislative hearings along with the more private debates, discussions and deals that have kept our great nation more or less together for nearly two hundred and fifty years.

The statue, the work of gifted artist-sculptor Tom Corbin, of Kansas City, Kan., is 7½ feet tall, distinctive and captures Truman’s personal style and impact. The nation’s chief executive is descending stairs but looking straight ahead, with straight posture, firm expression.

Every state can place two statues in the Rotunda. The statue of Truman replaces one of another Democrat, Sen. Thomas Hart Benton, who represented Missouri in the upper house from 1821 to 1851, an unprecedented length of tenure up until that time. The Benton statue will be moved to the Missouri State Historical Society Art Gallery.

The setting is appropriate and the monument fitting. Truman was an exceptionally dedicated, effective — and honest — member of the U.S. Senate, including tireless work during World War II that paved his way to becoming vice president, and then president upon the death of Franklin D. Roosevelt in April 1945.

Democratic Party leaders very consciously selected Sen. Harry Truman as the vice presidential candidate in 1944. He was in no way an “accidental” president when FDR died only 82 days into his unprecedented fourth term in the White House.

Despite iron determination and discipline, Roosevelt’s deteriorating health at times alarmed those around him. Long-term undertow of polio paralysis, plus enormous strains of World War II and more than a decade in office exacted a final toll.

Only a few months into the job, President Truman faced the decision of whether to use the just-developed atomic bomb against Japan. He decided yes.

Truman along with Gen. George C. Marshall, Secretary of State Dean Acheson, George Kennan and others led the formation of United Nations institutions; the Marshall Plan to aid devastated Europe; and, as the Cold War descended, the NATO alliance.

Truman was decisive in supporting U.N. efforts to defend South Korea against North Korea’s invasion in 1950. He fought pressure to use the atomic bomb there. When influential Gen. Douglas MacArthur publicly criticized U.S. policy, Truman fired him.

More broadly, Truman presided over the revolutionary transition to a sizable peacetime U.S. military. The American people embraced the rapid demobilization of our military following the end of World War II, which was in line with our historic tradition against sizable forces in peacetime.

The onset of the Cold War and outbreak of the Korean War required reversal of this policy. The Truman administration addressed this wrenching challenge successfully.

At home, Truman desegregated our military and federal civil services.

Truman campaigned tirelessly. A Bremerton, Wash., supporter shouted he should “give ‘em hell,” and he did, and he won.

At the statue unveiling in the Capitol, Republican Sen. Roy Blunt, of Missouri, commented insightfully that, “No president in such a short period of time made more consequential decisions.”

On the base of the statue is the reminder President Truman kept on his desk, visible to visitors:

Arthur I. Cyr wrote “After the Cold War.”