India’s balancing act on Russia is getting more difficult 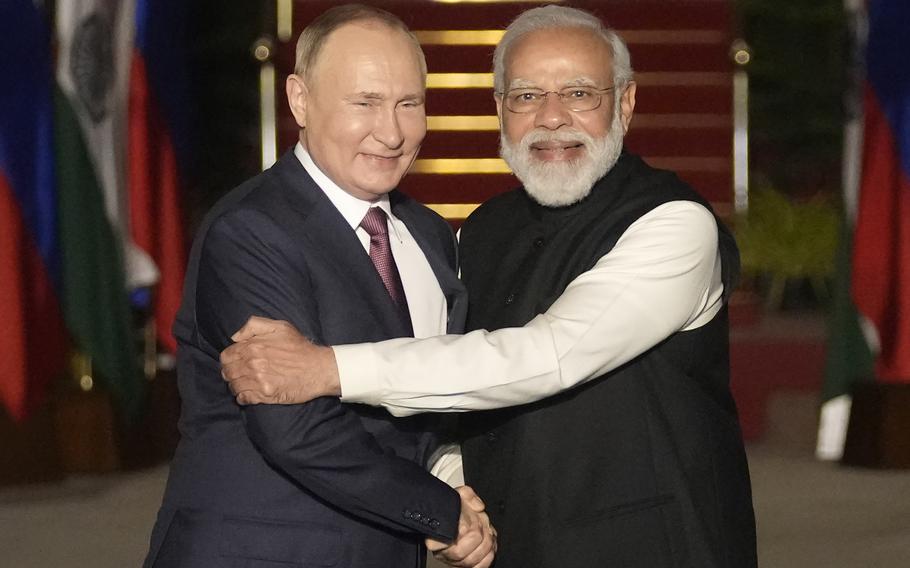 India’s official position on the Russian invasion of Ukraine is notoriously hard to pin down. Within the last two weeks alone, Prime Minister Narendra Modi publicly reproved Russian President Vladimir Putin, telling him that “this is not the era for war.”

But then India, as a member of the U.N. Security Council, abstained on a vote condemning Moscow’s “annexation” of Ukrainian territory. To add insult to injury, Modi also told Ukrainian President Volodymyr Zelenskyy there was “no military solution” to the conflict — just as the Ukrainian army was blitzing across parts of northeastern and southern Ukraine.

To questions being asked — including by Indians — about this somewhat confusing stand, the government has a clear answer: India will do what is in its own interests. This is a comforting proposition, and not one anyone can disagree with.

Foreign Minister Subrahmanyam Jaishankar has assured us, after all, that “we draw our conclusions and make our assessments. … We have a decent sense of what is in our interest and know how to protect it and advance it.” India’s stated values in international relations, including under Modi, have traditionally attached the highest importance to sovereignty. At the moment, though, cold-eyed evaluation of the national interest trumps anything as mushy as values.

It is possible, however, that some of the assumptions New Delhi has made to buttress its position on Ukraine look shakier than they did earlier this year.

For one, Russia will end 2022 a far less attractive partner to India than it was at the year’s beginning. Its appeal as a source of weapons has been shot to hell in Kyiv, Kharkiv and now Kherson. Unlike China, India can hardly rely on Russian hydrocarbons in the long-term even if it has reached out for a few short-term bargains over the past months. Above all, India prizes global stability, and Moscow has shown itself to be a profoundly destabilizing force.

Indians have noticed, also, some puzzling behavior from the U.S. The Biden administration, reversing a decision by its predecessor, recently announced a $450 million deal to help Pakistan refurbish its fleet of F-16s. Pakistan’s army chief, Gen. Qamar Javed Bajwa, spent last week in the U.S., receiving a guard of honor and a 21-gun salute at the Pentagon.

And, in a gesture that seemed calculated to infuriate Indians, the U.S. ambassador to Pakistan traveled to the Pakistani side of Kashmir last week. Not only did he and the embassy repeatedly call the area by its official Pakistani title of “Azad (Free) Jammu and Kashmir,” he also tweeted his visit to a bungalow associated with Pakistan’s founder, Mohammed Ali Jinnah. In New Delhi, all this comes across as a quite unsubtle dig.

Everyone probably needs to calm down a bit. The U.S. may feel it has justifiable reasons to complain about India’s equivocation on Ukraine, but it would be wiser not to do so by transparently cozying up to Pakistan. Every now and then someone in Washington thinks it is time to reset relations with Islamabad, and within a decade their successors discover it was a terrible idea.

Meanwhile, we in India should also consider more carefully whether alienating the U.S. and the West is really worth it. It won’t hurt us immediately, sure. Right now, India’s economy looks stable enough for the government to feel certain that the West needs us more than we need them.

Perhaps Washington really wasn’t reminding New Delhi last week that two can play the game of balancing interests. We in India should nevertheless remember why we have, for more than a decade now, stressed “shared values” with the West. It’s a way of papering over temporary disagreements — one that isn’t available in a cold, transactional, “interests”-based relationship.

Over the coming decades, we will need the West even as we disagree with it. Sticking to our values may just be India’s real national interest.

Bloomberg Opinion columnist Mihir Sharma is a senior fellow at the Observer Research Foundation in New Delhi and author of “Restart: The Last Chance for the Indian Economy.”