Decarbonization efforts must not undermine American energy competitiveness with China

In recent years, countries across the globe — including the United States — have increasingly adopted policies to reduce global carbon emissions. The debate around how best to attenuate the impacts of climate change and reduce pollution remains heated, however, the overall objective of encouraging cleaner energy and a healthier environment are generally popular. Still, we must be mindful to ensure these efforts do not undermine American energy security and affordability. These are cornerstones of any strong country and economy and are directly tied to the domestic production of oil and natural gas.

The key to achieving both of these goals has been private sector innovation. Developing less carbon-intensive technologies and transitioning to natural gas for power generation, as well as improvements made by the energy industry in capturing and reducing emissions while extracting oil and natural gas, have greatly improved environmental conditions in the United States. In fact, since peaking in 2005, carbon emissions are down a staggering 20%, according to the Energy Information Administration and are likely to continuing declining.

China, on the other hand, is attempting to use such efforts to their own benefit and views American decarbonization efforts as a weakness to be exploited. At the most fundamental level, China’s leaders have a sole focus on outcompeting the United States. From their perspective, they have little willingness to curb carbon usage in ways that might stymie their industrial comparative advantage.

According to data compiled by Statista, China released more than twice as much carbon as the United States in 2020, retaining the top emitter spot. Importantly, the data shows that while the United States cut emissions compared to 2010 levels, China increased their carbon emissions over the same period. If one looks at carbon emissions as a crude proxy for industrial output, especially in nations considered “developing” such as China, it is even more concerning that the country’s emissions are picking up steam.

If officials in Washington are going to continue to push the United States to decarbonize, it is crucial that elected leaders balance the economic and national security interests of our country with their desires to lower emissions. So far, it has been a delicate tightrope where reducing emissions has not resulted in a widespread contraction in our economy. But as the current administration’s policy prescriptions grow in scope and ambition, that balance will tip for the worse.

Despite moves toward energy independence over the last decade, the United States is once again at risk of becoming a net energy importer. America also already has a significant industrial deficit with China and unilateral decarbonization efforts could make that situation even worse. Policymakers must keep this in mind as they advance legislation like the recent Inflation Reduction Act.

Within this context, ongoing climate litigation in the United States is also particularly worrisome. Over the last several years, two dozen or so states, counties and municipalities have filed lawsuits against American oil and gas companies, alleging that these businesses should pay for the global effects of climate change. Communities such as Baltimore, San Francisco, and the State of Minnesota and other plaintiffs are trying to hold a handful of American energy companies solely responsible for the purported impacts of climate change. As should be clear to anyone who looks at the facts, these companies are not responsible for any supposed climate change for merely selling us energy — particularly when China is undermining any progress the rest of the world is making in this space.

What should concern most Americans, though, is that the supporters of the lawsuits are trying to use the litigation to raise the price of energy products we use and need. As Phil Goldberg of the Manufacturers’ Accountability Project has explained, “these lawsuits do nothing to advance meaningful solutions to climate change and will only make oil, gas and other energy staples more expensive for families and businesses.” It makes little sense to raise our costs, and in effect, absolve China for being the biggest emitting country in the world.

Beijing, for their part, will continue to do everything they can to create an environment that further shackles the United States on emissions while maintaining maximum flexibility for themselves. A favorite tactic is to use lofty pledges such as a recent one to be carbon-neutral by 2060 as a catalyst to spur the West into more aggressive action, only to renege on such pledges later on. Policymakers must be sure not to fall into this trap.

If China, as the second largest economy in the world, is going to continue to make such demands, they must be held accountable to make their own contributions to reduce global emissions. Given the precarious situation of current foreign affairs we cannot afford to allow decarbonization efforts to come at the expense of American economic growth or national security. 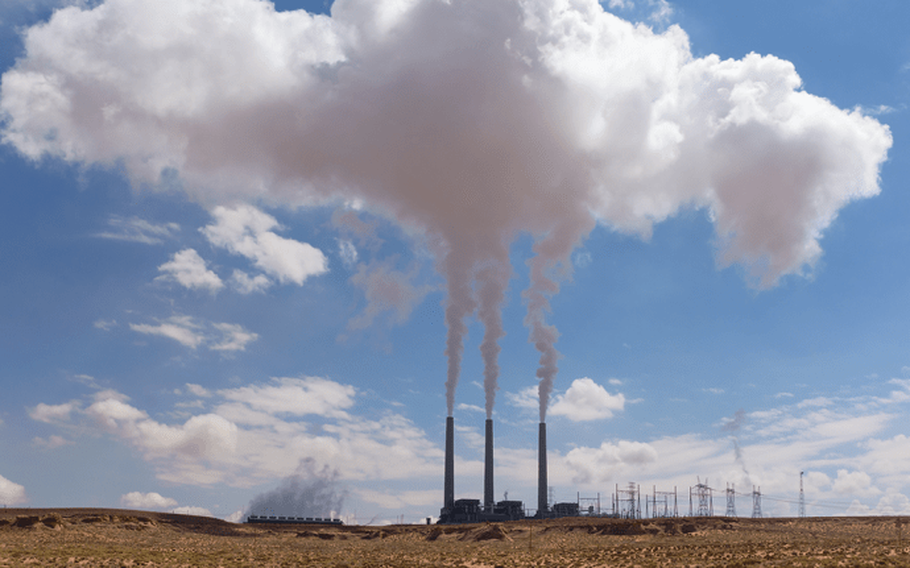