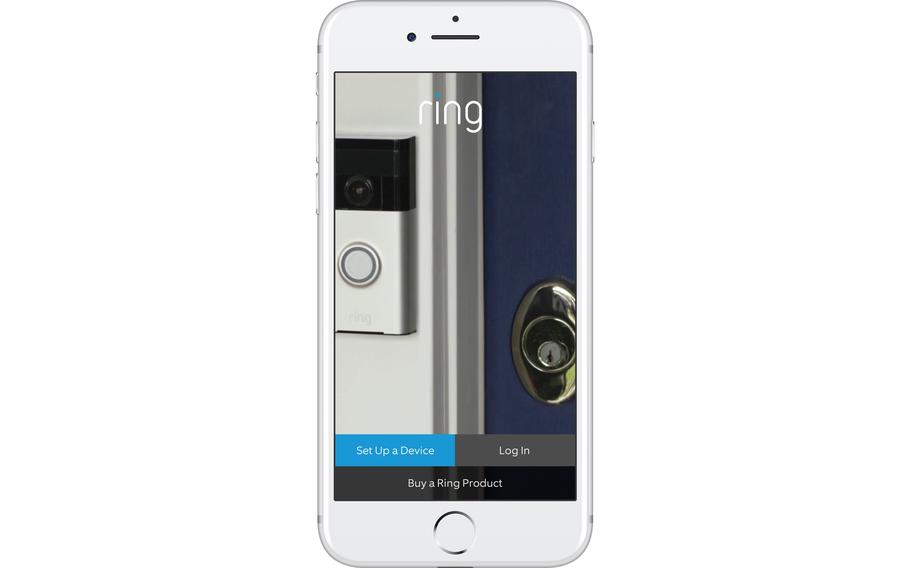 Ring Inc. touts its technology for helping to solve crimes, but the company owned by Amazon is raising alarm among privacy advocates who warn it has created a nationwide surveillance network. (Amazon/TNS)

When smartphones first came on the scene, their built-in cameras were limited to personal use. Then social media sites like Facebook and Instagram created a beast that millions wanted to feed, and photos became a public spectacle. The same phenomenon is happening to doorbell cameras. Initially marketed to make customers feel safer in their homes, their footage is now being uploaded for entertainment. On TikTok, the hashtag Ringdoorbell has more than 2.7 billion views.

Amazon.com, which owns market-dominating Ring, has seen and grabbed a lucrative opportunity, and is contributing to the gradual erosion of our privacy in the process.

Last Monday, the company premiered “Ring Nation,” a television show syndicated across more than 70 American cities. Hosted by the comedian Wanda Sykes and produced by Metro-Goldwyn-Mayer, which Amazon finished buying in March, the 20-minute program features videos captured on smartphones and Amazon’s Ring doorbell cameras, which the company sells for about $105.

The show is not bad. Think of “America’s Funniest Home Videos” but as an infomercial, with a musical theme tune based on the Ring doorbell chime and viewers encouraged to submit footage by going to Ring.com.

Sykes’ whimsical narration also ties together a lively collection of recordings: a teen boy being chased across his front yard by a crane; two young girls opening their front door and squealing with delight to find a new dog; a dad catching an infant just as she teeters off a bedroom table.

The latter recording comes from a baby monitor, but half the total videos on the show come from Ring doorbell cams, an Amazon spokeswoman told me, distinguished by their fish-eye view lens.

While popular Ring videos on TikTok are of vagrants or harassers mooching around people’s doorways in monochrome night-vision — underscoring the fear that drives purchases — the clips in “Ring Nation” are lighthearted and in vivid color.

Yet that is part of the problem. Reframing surveillance as fun and quirky makes it more normal, which takes a sinister turn when that monitoring comes at the expense of people’s privacy and civil liberties. Evidence that Ring cameras actually reduce neighborhood crime is flimsy. Its much bigger impact is on human sentiment. Owners feel a greater sense of security and control. Another outcome is this: Collectively, people come to accept that their behavior is being watched.

To make matters more troubling, Amazon hasn’t always been careful with its customers’ data. It has reportedly shared Ring videos with police departments without a warrant and coached police on obtaining footage; it has crafted terms of service to grab certain shared videos for its own marketing, and accidentally exposed customer locations.

Amazon is brushing off the broader concerns about “Ring Nation.” “We think that when viewers see the show, they’ll be delighted by these memorable moments shared by people,” a spokesman said when asked about a U.S. senator’s criticisms of the program. More than 40 civil rights groups have also called for “Ring Nation” to be canceled, saying it sets a “dangerous precedent.”

A spokeswoman said the show gets permission from the owner of each video and anyone identifiable in footage.

That is a good move on Amazon’s part. But it doesn’t stop the company’s wider creation of neighborhood panopticons, and with already disturbing effect. Its Neighbors app, on which Ring customers upload videos of suspicious people, gets disproportionately high posts of people of color, according to a 2019 report by Vice.

Amazon delivery drivers who have their every move watched in their vehicles face being monitored more and more on doorbell cameras. They’ve been reported for not being gentle enough with packages, or suffered the indignity of being told to dance for the camera as part of a viral TikTok trend.

Now they’re potential fodder for TV entertainment whose threshold for appropriateness could come under pressure as demands for content grow — “Ring Nation” is broadcast daily.

Amazon’s Ring has already seen astonishing success under the guise of security. An estimated 20 million homes in the U.S. have a video doorbell, according to Strategy Analytics, representing about 16% of households, and Ring dominates the market.

“Fun” as the new pretext will probably help it reach a broader demographic, including older or “non-techie” consumers who might now feel a little more comfortable installing a camera in their doorway.

Let’s hope TV shows don’t catch on with other data-gathering tech companies such as 23andMe. (Are You Genetically Linked to a Criminal?). More importantly, the growing likelihood of being on camera shouldn’t just force good behavior on the subjects being filmed. Those behind the camera should be respectful too. That may mean not submitting footage to a neighborhood app, TikTok or syndicated TV show at all.

Parmy Olson is a Bloomberg Opinion columnist covering technology. This column does not necessarily reflect the opinion of the editorial board or Bloomberg LP and its owners.