Will tensions in the South Caucasus lead to an international incident? 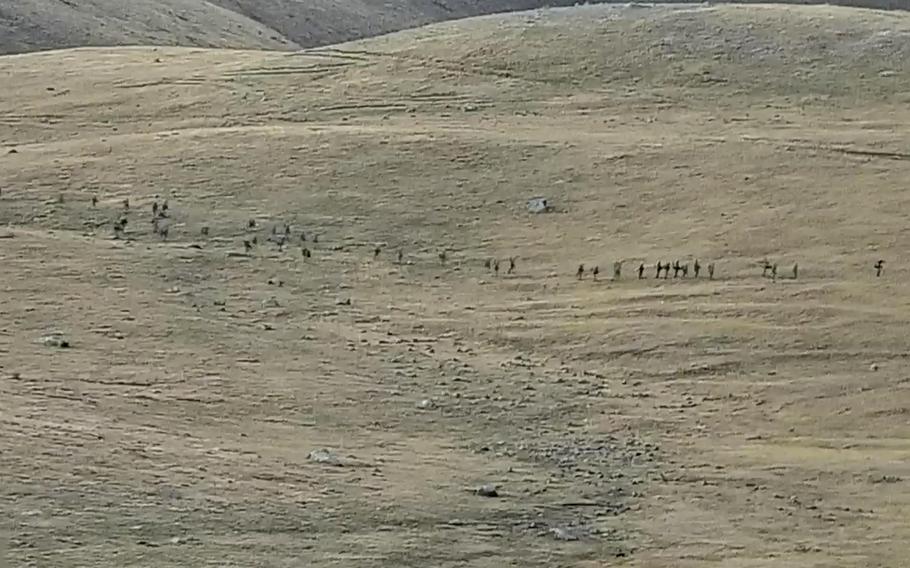 The recent outbreak of the violence between Armenia and Azerbaijan, two post-Soviet states in the South Caucasus, may strike some as just another border squabble in a persistently volatile region.

But the potential for broader conflict escalation exists, and the latest clashes are inextricably linked to Russian President Vladimir Putin’s revanchist ambitions in Ukraine.

At the United Nations General Assembly in New York last week, Secretary of State Antony Blinken struck a diplomatic chord noting that “strong, sustainable diplomatic engagement is the best path for everyone,” and urged all parties to return to the negotiating table.

Azerbaijan and Armenia’s war began 30 years ago, when Armenia invaded Karabakh — a minority Russian-speaking enclave within the borders of Azerbaijan. Condemned for its action in successive United Nations Security Council resolutions, Armenian forces were nevertheless able to occupy that land for three decades during which there were repeated, albeit lackluster, diplomatic attempts at reconciliation by global powers. The occupation ended two years ago when violence again broke out. The resulting internationally brokered cease-fire saw much of the occupied territory returned to Azerbaijan’s control.

Three separate processes have been underway to establish a lasting peace. One is sponsored by Moscow, one by the European Union, and one by the Organization for Security and Co-operation in Europe’s (OSCE) Minsk Group. Given the suspect nature of Moscow’s motives, no less on its southern than on its western borders, and the fact that the Minsk Group has utterly failed in its three-decades-long OSCE-appointed mission to resolve the crisis, the EU seems the only credible player left. Until recently, it was making real progress. In a statement released by Brussels on Aug. 31, ministers of both countries agreed to meet by the end of September to discuss the text of a peace agreement. The president of Azerbaijan, Ilham Aliyev, felt sufficiently confident in the process to state that he believed the peace agreement could be concluded within just a few months.

That process was comprehensively sabotaged by this week’s return to armed warfare, and a decades-old conflict is suddenly taking on global importance. One of Armenia’s first acts on returning to the battlefield was an emergency security meeting at which the country appealed to Russia, to the Russian-dominated Collective Security Treaty Organization, and to the U.N. Security Council to intervene on its behalf. At the same time, Iran also tweeted its support for the territorial integrity of Armenia.

With Putin recently declaring that “Armenia is not a foreign country for us,” Moscow made its position clear – hardly surprising given Russia’s permanent military base there, and the fact that Armenia’s energy supplies, railways, and even its customs and borders are directly in Russian hands. Optimists may see a glimmer of hope in Putin’s overextension in Ukraine, as well as Ukrainian forces’ recent successes.

But historians may see a less hopeful precedent: Precisely when Moscow was overcommitted in Afghanistan, and suffering serious setbacks there, it armed Armenia and sent battalions of tanks and infantry to crush dissent in Azerbaijan. If Putin is seeking quick victories to deflect his public’s unease with reversals in Ukraine, a short, sharp shock in the Caucasus could become an attractive option.

So far, the CSTO has taken a more measured approach. This six-nation military mutual protection body, dominated by Russia and composed of the few remaining pro-Moscow former Soviet states, could intervene on Armenia’s side. If Armenia’s sovereign territory were attacked, it would be obliged to do so. But given that the conflict is playing out in internationally recognized Azerbaijani territory, it’s hard to see what leverage Yerevan has in asking for the group’s support. The CSTO’s statements to date have sensibly tamped down the prospect of military solutions and pointed to a diplomatic path — but the possibility remains.

Sandwiched between Russia to the north and Iran to the south, it’s difficult to fathom a more troubled region. Were Putin’s malign intentions insufficiently worrisome, Tehran’s apparent support for Armenia’s territorial integrity remains dangerously ambiguous. A large swath of public and political opinion in Armenia believes that Karabakh is Armenian. It is therefore unclear if Iran is backing its neighbors’ internationally recognized borders or hinting that they may back Armenia’s claims. Some believe the Islamic Republic may simply be flexing its muscle to assert authority in a conflict in which it has been an irrelevant bystander.

And it’s not only rogue states getting in on the action.

Rep. Adam Schiff, D-Calif., piled on Baku earlier this month when he blamed Azerbaijan for a “violation of the cease-fire.” Strident comments made by Speaker of the House of Representatives Nancy Pelosi, D-Calif., during her trip a few weeks ago to Armenia also left little room for dialogue.

“Our delegation had been very outspoken, saying that this was initiated by Azeris and that there has to be recognition of that and how that will stop,” she said, according to The Washington Post.

If House Democrats are eager to achieve a constructive outcome, they should reconsider their support for the Armenian cause. Alignment with Russia and Iran is not a good look. Neither will it lead to a peaceful settlement.

Blinken’s conviction that “there is a path to a durable peace that resolves the differences” between Armenia and Azerbaijan is admirable, but the path to conflict resolution remains unclear.

What is certain is that an escalation in tensions between Yerevan and Baku is likely if U.S. officials do not unite to support both sides in a cessation of hostilities and a return to peace discussions.

Ivan Sascha Sheehan is executive director of the School of Public and International Affairs at the University of Baltimore. Opinions expressed are his own.