Ukrainian forces have reconquered over 3,000 square kilometers of territory over the past week — more than all the territory Russia had added to its occupation in the six months since the start of the war. The Ukrainian flag is suddenly flying again over numerous towns and villages, and the offensives in both the northeast and the south are pushing the Russians back. Abandoned Russian tanks and trucks are littering the roads. Is this a pivotal moment in the war? What is Vladimir Putin’s next move?

At a tactical level, the results on the battlefield are important but not definitive. While the Ukrainians have moved swiftly to bloody Russia’s nose, the Russians can simply fall back into defensive positions, consolidate their forces, and defend their gains in Donbas and the vital land bridge to Crimea that runs through Mariupol. As the Russians shift from offense to defense, their military position will get stronger — in military parlance, “defense is to offense as three is to one.”

Operationally, these advances in the Kharkiv region are likewise important, but not yet creating a true tipping point in the war. The Ukrainians have demonstrated two vital attributes in the current offensive. The first is the ability to conduct offensive operations on a multipolar set of axes, simultaneously controlling significant combat movements in the north, east and south — something the Russians have failed to do. They have also demonstrated excellent combined-arms operations, meaning they have coordinated ground troops, artillery, tanks and close air support. Again, the Russian failures here are conspicuous.

In a strategic and psychological sense, the reconquests will have a significant impact on Ukraine and its allies. First, they will allow Kyiv to claim the ability to eventually expel Russia from all Ukrainian lands, including Crimea. While the odds of fully implementing such an ambitious objective are long, the goal will be more credible in the wake of these operations. The successes will also encourage Europe to stay the course on Russian sanctions in the face of a potential recession and energy shortages this winter. And in the U.S., they will bolster the Biden administration’s claims of a very successful strategy in checking Russian aggression.

But in Russia, they will move Putin closer to a series of more dramatic countermoves — all of which will make this already unstable situation even more dangerous.

The Russian president still has cards to play. Having now forced the Zaporizhzhia nuclear reactor into a cold shutdown (diminishing Ukrainian electricity by 20%), he will continue to use that important strategic terrain to launch attacks against the Ukrainians and defend the approaches to Crimea. More attacks to diminish critical infrastructure (electricity, gasoline, water, internet) may be coming. He could increase the efforts of the Russian air force to simply carpet-bomb Ukraine and demoralize the population — much as he did in Syria, virtually destroying city after city.

Putin may decide it’s time to use chemical weapons (especially if he can create a “false flag” scenario and blame it on the U.S. and Ukraine). Additionally, he could pull back from the agreement allowing grain shipments, so painfully worked out between Russia and Ukraine with Turkey and the International Maritime Organization of the U.N.

His biggest problem is going to be manpower. Credible estimates of his losses, both killed and seriously wounded, are above 80,000. At some point soon, especially given reports of cratering morale among units in Ukraine, he may be forced to conscript more troops — a move that will be highly unpopular in Russia, where it is a crime to even call the conflict “a war.”

Although the Ukrainians should be proud of their operational skill, determination and combat prowess, their recent successes will — ironically — increase the potential for the war to expand. At the dark end of the spectrum, the use of tactical nuclear weapons — while highly unlikely — cannot be ruled out, and would probably bring NATO into the conflict with the creation of a no-fly zone.

Our job in the West is to put the right weapons in the hands of the Ukrainians so that they can achieve the best results on the battlefield and the strongest position at the negotiating table, which is probably still months away. But the danger of a widening conflict is rising, and we will clearly have a dangerous autumn ahead of us.

James Stavridis is a Bloomberg Opinion columnist. A retired U.S. Navy admiral, former supreme allied commander of NATO and dean emeritus of the Fletcher School of Law and Diplomacy at Tufts University, he is vice chairman of global affairs at the Carlyle Group. He is the author most recently of “To Risk It All: Nine Conflicts and the Crucible of Decision.” This column does not necessarily reflect the opinion of the editorial board or Bloomberg LP and its owners. 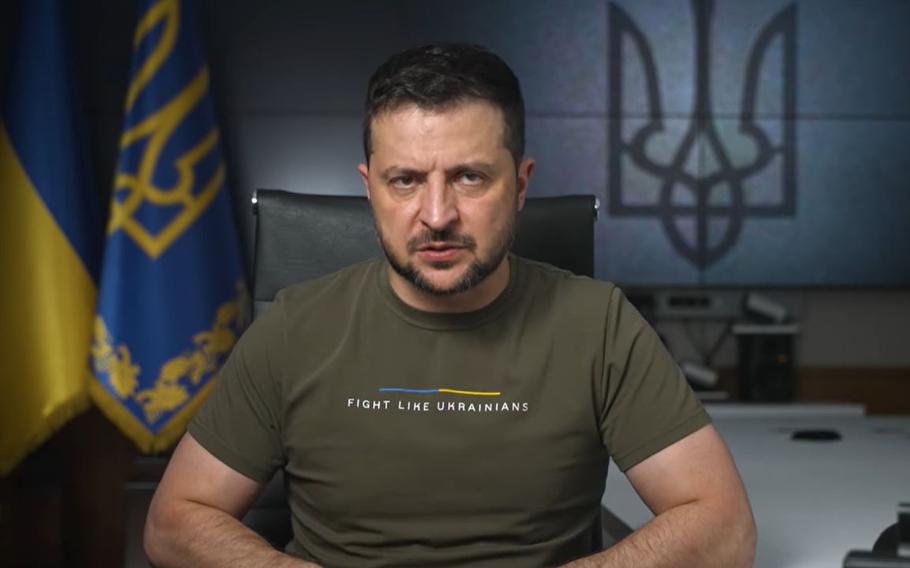