Queen Elizabeth II’s life is part of a larger story 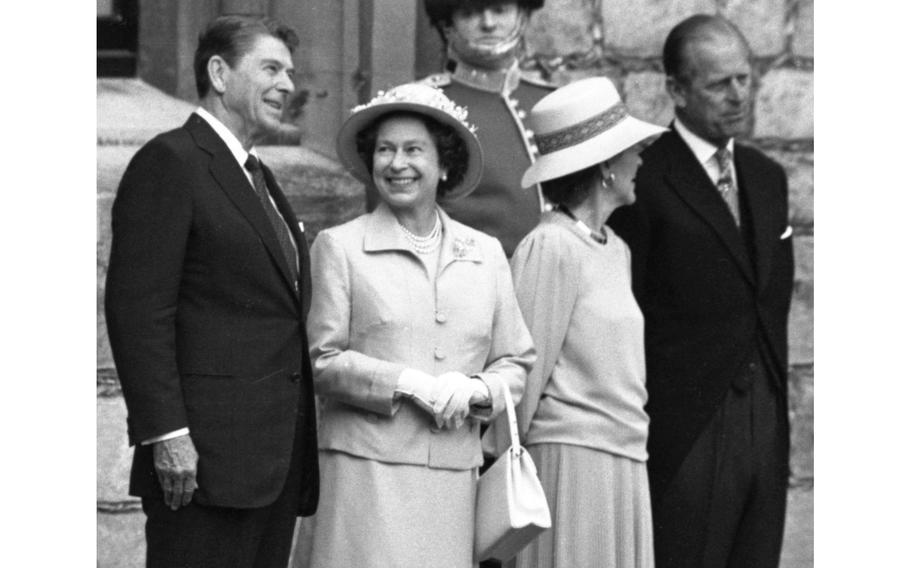 The death of Queen Elizabeth II, preceded by husband Prince Philip last year, is generating worldwide condolences. They personified continuity of important institutions, and relationships, in a turbulent time. Most personally, they were married for 70 years.

Elizabeth was Queen for an equal period. Hers is now the longest reign in British history, surpassing runner-up Queen Victoria, who was on the throne for most of the age named after her, from 1837 to 1901.

Britain played a pivotal role in World War II, when the Anglo-American “Special Relationship” was truly forged. The partnership between President Franklin Roosevelt and Prime Minister Winston Churchill was the centerpiece.

Then-Princess Elizabeth worked as a truck driver and mechanic during the war — her idea. Keep in mind that relentless German bombing and later missile attacks made this work extremely dangerous as well as very difficult.

Ceremonies are important, and here the British excel, with an aptitude probably unequaled among industrialized nations. The important ceremonial functions address the collective emotions of the people at large regarding government.

Elizabeth played her unusually complicated role with dignified skill, from a young age. During World War II, she talked to the children of Britain over the radio emphasizing better days lay ahead.

The military cooperation that began in earnest in World War I became solidified in World War II, and institutionalized several years thereafter in the North Atlantic Treaty Organization. This historic association, established to contain and deter the Soviet Union, has outlived that conflict and is reenergized in consequence of Russia’s invasion of Ukraine.

The monarch does have residual ruling powers, including the formality of actually appointing a government, along with regular consultation by the prime minister. The role may be largely symbolic, but that can become important in a time of national crisis or tragedy, including war.

Britain’s government, following the June 2016 referendum vote to leave the European Union, embarked on a complicated, painful, seemingly endless effort to do so. Rather than the fairy tale world of royal relationships, travel and splendor, this bizarre ordeal became more like “Alice in Wonderland.”

Over four centuries ago, namesake Queen Elizabeth I was forcefully in charge of the British Isles. Those were brutal times, when losing a power struggle could cost your life.

That Elizabeth modernized Britain, managing Parliament with prudent skill. She stabilized politics following the tumultuous reign of her father Henry VIII. She confirmed influence in Europe, effectively balancing the nations of that continent.

Fundamentally important is that the British, unlike the Americans, have no written constitution. Parliament is effectively supreme, though the nation in October 2009 did formally establish an American-style Supreme Court.

In the 1930s, King Edward VIII, Elizabeth’s uncle, generated great controversy when he wanted to marry Wallis Simpson, an expatriate American. In that different, earlier time, the fact that she was not British generated extensive public attention and debate. She also had been divorced twice. In general, notoriety followed her.

Vastly more important, Edward was attracted to Nazi Germany, as well as being highly erratic in behavior and unstable emotionally. Adolf Hitler and his associates at the top of the Nazi regime in Berlin considered Edward a vital strategic asset, generating domestic support and eventually helping control Britain in a conquered Europe.

Undergirding all else, Britain is based on the rule of law. Elizabeth II personified that key component with special skill.

Arthur I. Cyr is author of “Liberal Politics in Britain.”