Students: Want to work from home in the future? Start networking now.

Tens of millions of workers had to adjust to working remotely at the onset of the pandemic, and over two years later we continue to debate the right balance between in-person and virtual work. Workers and their employers are still experimenting to see what works best, making the most of an environment where we’re not likely to be physically present with as many of our colleagues as we were in the past.

That raises the question of how teenagers who plan on careers in business, finance, technology and media should prepare for their own futures in the workplace, when they’ll never get the pre-2020 experience when most people came into the office most of the time. And while a tight job market might make it easier than ever to land a job without going to college, for industries where who you know and the strength of your network is a key asset, we’re going to find that going to college has even more value than it did before the pandemic.

Future doctors and lawyers don’t need to be convinced about the merits of going to college — they do several years of graduate school on top of undergrad. But for other high-paying professions, there’s the hope that by skipping college and going straight into the workplace, one can move up the ranks over time — via networking in the office and demonstrating one’s ability to bosses and managers.

That path was already difficult but has become even more uncertain, as white-collar industries adjust to a new normal of hybrid and remote work. Maybe 20-somethings will be eager to show up at offices every day to network and gain skills, but if older and higher-up employees work from home — some or most of the time — those younger people won’t have access to the same amount of relationship-building that workers who came of age before 2020 got.

If building a network and making friends at work are going to become more difficult in the future, then it raises the relative value of places that have demonstrated an effectiveness at doing just that — such as college.

It also suggests that some students should think differently about their priorities when choosing a college. I went to Harvey Mudd College in Claremont, Calif. I was attracted to its reputation in engineering and computer science, the small campus and student body (my graduating class was around 150), and an academic reputation that was on par with MIT and Caltech.

What I didn’t think much about at the time: The flip side of a small student body is a very small alumni network. And whereas MIT and Caltech are well-known nationally, Harvey Mudd isn’t well known outside of technology fields or beyond California. As my career migrated from California and the tech industry to, over time, Atlanta and the financial and media industry, I thought about schools with a bigger student body and alumni network.

This isn’t to say that people shouldn’t go to smaller colleges. It’s just that network maximization relative to skill development has more value now than it did three years ago.

And as someone who went to public schools through high school, I cringe when I write this: That situation argues that people should give more consideration to private school (if they can afford it) than they otherwise might have. The same rationale applies here as well: If it’s going to be harder to build a network from scratch in the workplace, then forming bonds with elite students and families in high school is a way of ensuring you’ll have the network — even if the future of work is hopping from remote job to remote job via employment sites like LinkedIn and Indeed.

As an optimist, I’m hopeful that we’ll work out the kinks in remote work over time, and that people will still be able to build networks and make friends at work. But I also think back on my own career and doubt that I’d have some of the connections I do if the workplace were significantly remote or even hybrid when I was in my 20s. So it makes sense for young people thinking about their futures to invest more time in their networks in high school and college — because it’s not clear what the workplace will look like when they’re building careers of their own.

Conor Sen is founder of Peachtree Creek Investments and may have a stake in the areas he writes about. This column does not necessarily reflect the opinion of the editorial board or Bloomberg LP and its owners. 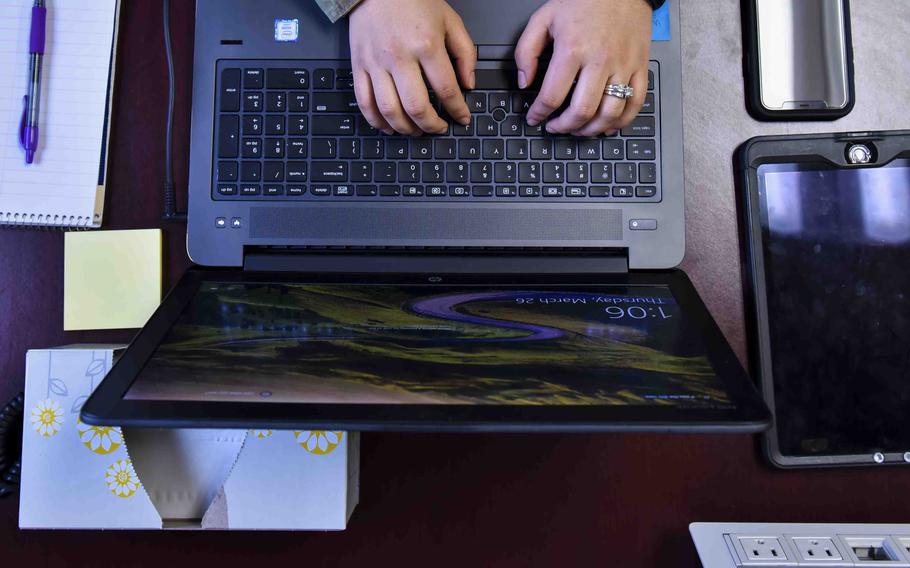 Tens of millions of workers had to adjust to working remotely at the onset of the pandemic, and over two years later we continue to debate the right balance between in-person and virtual work.  (Kiaundra Miller/U.S. Air Force)