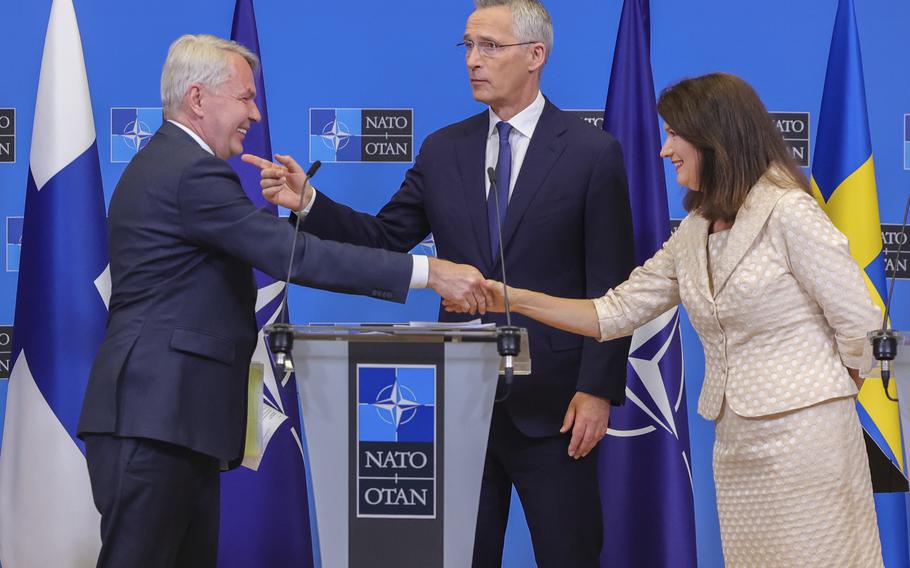 On Aug. 3, the U.S. Senate overwhelmingly approved Finland and Sweden joining the North Atlantic Treaty Organization. The vote was 95 to 1, far more than the two-thirds required for approval. This supports expansion in the strategically vital Arctic, which will significantly extend Russia’s borders with NATO members.

At the end of June, the three nations’ leaders signed an accord on the matter. Turkey has a very large and effective military. Expanding NATO to the north while not losing Turkey in the south represents a major strategic victory.

Russia’s invasion of Ukraine represents the most serious crisis and challenge in Europe since the Balkan wars of the 1990s. President Vladimir Putin no doubt anticipated a quick victory. Ukraine’s heroic self-defense to date has energized as well as united NATO. Russia is paying a high price for aggression.

The Russia-Ukraine conflict overall is a long-term affair. In 2014, Russia seized Crimea and the eastern portion of Ukraine. Crimea had been part of Russia until Soviet leader Nikita Khrushchev transferred the peninsula to the authority of Ukraine in 1954.

The fall of the Berlin Wall in 1989, followed by the disintegration of the Soviet bloc of satellite states, and then the Soviet Union, represented historic strategic victory for the West. The end of the Cold War confirmed the policy of restraint and deterrence termed “Containment,” initiated by the Truman administration.

Poland, a NATO member since 1999, is active in the collective effort to provide arms to Ukraine. The new coalition government in Germany led by Chancellor Olaf Scholz began with a low profile regarding Europe, in considerable contrast to the assertive long-term leadership of Chancellor Angela Merkel. This changed abruptly when Russia invaded Ukraine, and Germany now provides arms and other aid.

Both of the potential NATO members bring significant qualities. The Soviet-Finnish War of 1939-40, ended through negotiation, demonstrated Finland’s military prowess against a far larger enemy. Cold War Sweden practiced variations of often obviously anti-American “neutrality.” Both nations in NATO strengthen deterrence of Russia in the North.

During the early phases of the Cold War, the Arctic was the focus of intense security concern. NORAD, the North American Air Defense Command, was formed in 1958 (retitled North American Aerospace Defense Command in 1981) to coordinate Canada and U.S. military activities. The threat of Soviet long-range bombers attacking after crossing the Arctic was a prime concern. Less visibly, President Dwight Eisenhower secured demilitarization of Antarctica in 1959.

In the North today, Russia has taken the lead in commerce, exploration and military bases. Moscow also pursues serious disputes with other Arctic nations. One example involves Canada and Denmark regarding control of the Lomonosov Ridge.

In 2021, Russia succeeded Iceland in chairing the Arctic Council, which also includes Canada, Denmark, Finland, Norway, Sweden and the U.S. Finland and Sweden in NATO will effectively isolate Russia as the only non-member of the alliance. Agreement within an enlarged NATO will facilitate effective strategy to counter Russia’s potentially significant expansion in the Arctic region, a vital area largely ignored by U.S. presidents since the turn of the century.

Less directly, this may encourage over the long term the trend for NATO to become engaged in other parts of the world. Last month, the alliance announced efforts to expand relations with Australia, Japan, New Zealand and South Korea.

Russia has reconfirmed the validity of NATO.