Stop funding the government through fines and fees 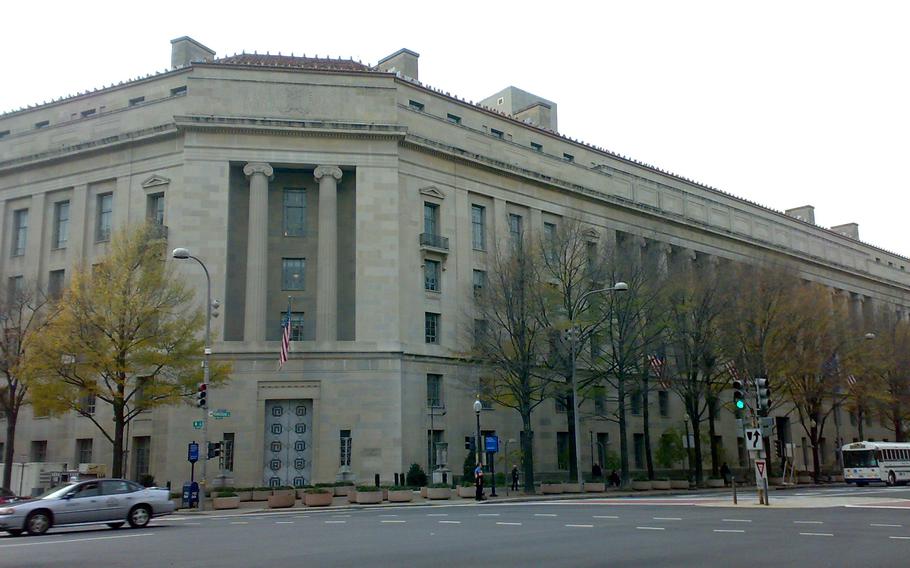 The US Department of Justice building, Washington, D.C. (Wikimedia Commons)

While inflation drives the cost of food, rent and gasoline higher and higher, elected officials should take every step possible to help lighten the load for working-class families. While many policy levers exist in Washington, local leaders have a critical opportunity to help those who need it the most by eliminating costly fees in the criminal justice system.

Across the country, courts and law enforcement attempt to collect fines and fees that fund their operations. As a result, the financial obligations people rack up as they are processed through the legal system have ballooned to more than a thousand dollars per case — even for the lowest level offenses. This approach does nothing to reduce crime and instead undermines poor and working-class families already getting crushed by inflation. Local policymakers can help lighten that load by ending these unaffordable financial penalties and embracing equitable funding for the justice system.

In addition to being unnecessarily expensive, court fees simply aren’t fair. While the wealthy can treat a court payment like just another monthly expense, for many Americans, even a few hundred dollars can be a life-shattering debt. But worse is the growing body of evidence showing that financial penalties keep our courts clogged with low-level cases, harming families without delivering any public safety benefit.

For example, a randomized controlled study in Oklahoma compared two groups of people facing misdemeanor charges. One set had to deal with routine financial costs imposed by the court, and the other had all those costs waived by the study. This is a substantial sum we’re talking about — the research found that defendants owed almost $3,000 on average, including previous debt.

So what was the effect? The people lucky enough to avoid fines and fees saw no change in collecting new criminal charges, convictions or jail bookings after one year. On the other hand, the group that owed thousands of dollars to process their cases were significantly more likely to face debt collectors, tax refund garnishment, more court debt, and — critically — new warrants for arrest.

That punishment fails to deter crime, and some researchers have even found instances of people committing new crimes to pay their court debt. The only consistent effect is that fines and fees push struggling Americans deeper into poverty and affix a permanent weight around their necks that can make success beyond the criminal justice system feel like an impossibility.

Meanwhile, that assessed debt doesn’t even make it into public coffers. The Oklahoma study found that less than 5% of outstanding debt was eventually paid to the courts — an average of $43 from each payee despite thousand-dollar debts. Ending court-ordered fees is a crucial step that policymakers can take to ensure our justice system focuses on promoting safety and delivering equal justice, not seeking to squeeze dollars out of Americans already suffering under inflation’s rising prices.

A bipartisan coalition is already making progress in red and blue states across the country. In the last year alone, Colorado, Louisiana, New Mexico, Oregon, Texas and Virginia all reduced or eliminated fees in juvenile courts. And California entirely halted the collection of many fees in the criminal legal system.

With each new study, we find that it is better for everyone involved when counties and states eliminate fees and create pathways for affordable fines. This change will have little effect on the government’s bottom line or public safety but will have a profound effect on the families forced to pay these unjust debts.

Life is already tough enough for hardworking families who live paycheck to paycheck, struggling to fill the gas tank or put food on their table. Our courts should seek to help these families build prosperous lives, not add new, unnecessary obstacles.

There’s a reason the Founders of this country enacted the Eighth Amendment prohibition against excessive fines and fees. Then and now, justice should be aimed at keeping communities safe. As long as courts and law enforcement are funded through fees, our justice system will continue to advantage wealth and criminalize poverty.

Becca Goldstein is an assistant professor of law at the University of California, Berkeley. Helen Ho is a research director at The People Lab at the Harvard Kennedy School. Cybele Kotonias is a director of criminal justice at Arnold Ventures.