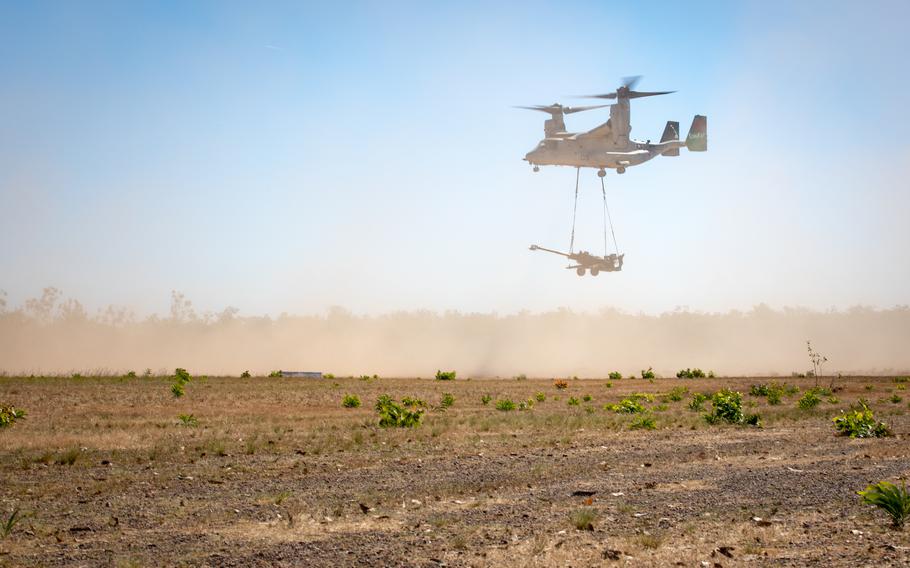 Since the Marine Corps is the first military branch to revamp its fundamental strategic doctrine, the budgetary impacts of FD 2030 will be precedent-setting and long-lasting.

As a longtime federal budget watchdog, I work every day to identify wasteful or redundant spending across the federal government and in the $700 billion-plus Pentagon budget. FD 2030 offers tremendous promise for strengthening our defense posture in a beneficial, cost-effective manner.

Who could be opposed to that?

Cue the long knives from special interests and institutional resistance to change.

Lawmakers hold the ultimate federal power of the purse. But these elected officials bring their own priorities to the party, based not just on national security concerns but traditional parochial politics such as potential changes in force structure (which can affect local bases) and equipment (where constituents work for defense contractors).

Defending home-state interests oftentimes serves to bring together divergent members of both parties, showing that when a region’s pork barrel projects are at stake, unusual displays of bipartisanship can emerge. Though I am happy to see bipartisan support for a strong national defense, Congress must not use defense authorization and appropriations legislation — despite the putative bipartisanship in these ad hoc coalitions — to block the Marine Corps’ transformation due to local, parochial or defense contractor interests.

Likewise, Congress must not bow to external pressure from retired Marines and other influential players looking to scuttle this process. Since institutional and military force-structure reforms are rarely smooth sailing, and since they address the Marine Corps, resistance is always ready. And these vested interests have legions of well-placed allies who are professionally versed in command, control and communications.

All sides seek to assert command and control of the FD 2030 communications narrative through op-eds, talk show appearances, press releases and other tools of the PR trade, with the ultimate goal of influencing the debate in Congress.

The combatants are not Monday morning quarterbacks. This brewing battle involves every living former commandant, along with other top-level former Marine Corps and Pentagon brass. The first public skirmish came in a letter signed by 22 four-star generals, spearheaded by former Navy Secretary and U.S. Sen. Jim Webb and placed in The Wall Street Journal in March, calling the ideas in FD 2030 “radical.” These retired generals support maintaining the Marines’ traditional orientation as a heavy expeditionary force.

Here is where the rubber meets the road: Will the reforms’ “potential savings of $12 billion” truly result in a Marine Corps that is lighter, more mobile and versatile as envisaged by Berger? Will they provide the promised expansions in long-range fires, unmanned aerial vehicles, maritime mobility and resilience and increased mobile air defense and counter-precision guided missile systems? Will the reforms truly bring about the proposed reduction in the number of F-35 B and C aircraft in each squadron from 16 to 10?

Or will opposition from “traditionalists” bolster the unholy alliance of defense contractors and lawmakers representing districts where legacy systems are built or maintained? Not only would this stymie reform, it may end up bloating the service with outdated, unnecessary and costly equipment.

FD 2030 offers tremendous potential to modernize our national defense and save taxpayer dollars. We cannot allow it to open the back door to more “business as usual” in Pentagon spending. Lawmakers must not be replacing considered Marine Corps strategy with their own “strategy” to maintain longstanding “rice bowls” in their home districts.

In his Commandant’s Planning Guidance, Berger commented: “We must continue to seek the affordable and plentiful at the expense of the exquisite and few when conceiving of the future of the amphibious portion of the fleet.” On its face, Berger’s stated intent appears to lean toward saving money, which itself would be a salutary side benefit of force modernization.

How Congress treats the budgetary changes requested by Berger and the Marine Corps in Fiscal Year 2023 and beyond will be the first indication of whether the Marines will actually be allowed to reform.

With a deficit approaching a trillion dollars and debt to GDP ratio not seen since right after World War II, we cannot afford business as usual. Taxpayers for Common Sense will be continuing its budgetary analyses at every step and writing about its findings. We continue to seek the highest and best use of taxpayer dollars to protect our national security, because no matter where you stand on the political spectrum, no one wants to see their tax dollars wasted.

We are the few, the proud, the budget watchdogs for American taxpayers.

Steve Ellis is president of Taxpayers for Common Sense, a nonpartisan budget watchdog that has served as an independent voice for the American taxpayer since 1995. He formerly served as an officer in the U.S. Coast Guard.