Recession fears are leading, naturally, to anxiety about job losses. How many people will be thrown out of work by an economic downturn? How high must unemployment go to curb inflation?

Laying off millions of workers is one way to rebalance the U.S. labor market. But there’s another way — one that seems more likely in this inflationary economy and that’s far less traumatic for both workers and companies. We’re seeing it already: a labor market cooldown happening through shrinking paychecks instead of job cuts.

We could be facing a downturn where most workers get a little bit poorer rather than several million losing their jobs.

Companies begin layoffs when their labor expenses are too high relative to their revenues. It’s generally more culturally acceptable to reduce the workforce rather than have everyone accept a pay cut. Sometimes labor agreements or minimum-wage laws make pay cuts impossible, leaving terminations as the only alternative.

But our current high inflation makes the situation more fluid. Even if a company is selling fewer widgets, revenue might be rising because of the pricing environment. For example, maybe unit sales are down 2% but revenue is up 8% because the company raised prices by 10%. In that scenario, the company could tell its workforce that nobody was getting a raise — essentially a pay cut in inflation-adjusted terms — and end up with labor expenses declining as a percentage of revenue without letting anyone go.

So rather than thinking about higher unemployment as an inevitable outcome of a recession, companies could achieve the same cost reductions through a broad decline in payrolls, adjusted for inflation.

In every recession going back to the 1960s, total inflation-adjusted wages have fallen by at least 1.5%. And while this measure is still up 1.1% year-over-year, that’s incredibly subdued when the number of jobs has grown by 4.3% year-over-year — the fastest pace of job growth in more than three decades outside of the pandemic. Interestingly, in the months since February — during which we’ve gotten multiple hot Consumer Price Index readings — inflation-adjusted wage and salary disbursements are down by 1.6% even as the U.S. added 1.5 million jobs.

I continue to think the economy is strong and resilient, and I’m still skeptical about the need or the likelihood of a recession in the short term, largely because of the level of job growth and labor demand throughout the economy. So admittedly, this finding gives me pause.

Four months isn’t enough to make a definitive conclusion. Much of the hot inflation data we’ve seen since February is from rising energy prices, which are now reversing, one-off rises in airfares as consumers returned to the skies after two years avoiding travel, and the 2021 surge in rents finally flowing into the CPI data. But if the trend persists, it does seem like we’ll end up describing the 2022 labor market in negative terms.

This dynamic is very different from other recent economic soft patches. During the eight months the U.S. economy experienced recession in 2001, employment fell by 1.2%, or 1.6 million jobs. But because inflation was so much lower at the time — headline CPI rose by 1.6% in 2001 — the paychecks of most workers who kept their jobs were unaffected by the downturn when accounting for inflation.

Now the U.S. economy is adding hundreds of thousands of jobs each month, while at the same time tens of millions of workers have seen their paychecks shrink every month on an inflation-adjusted basis. It’s the reason most Americans are unhappy with the economy even as we’re adding lots of jobs.

Social media finance influencer Kyla Scanlon has coined the term “vibecession” to describe this economy where millions of jobs have been added, home prices have boomed, consumers are swarming airports and resort towns, yet everyone is feeling gloomy. Playing off the term “jobless recovery” that was used to describe the aftermath of the 2001 and 2008 downturns, “jobful recession” is popping up on Twitter now.

Both reflect the need to find a new way to evaluate today’s labor market adjustment, which appears to be disconnected from job growth and unemployment data. 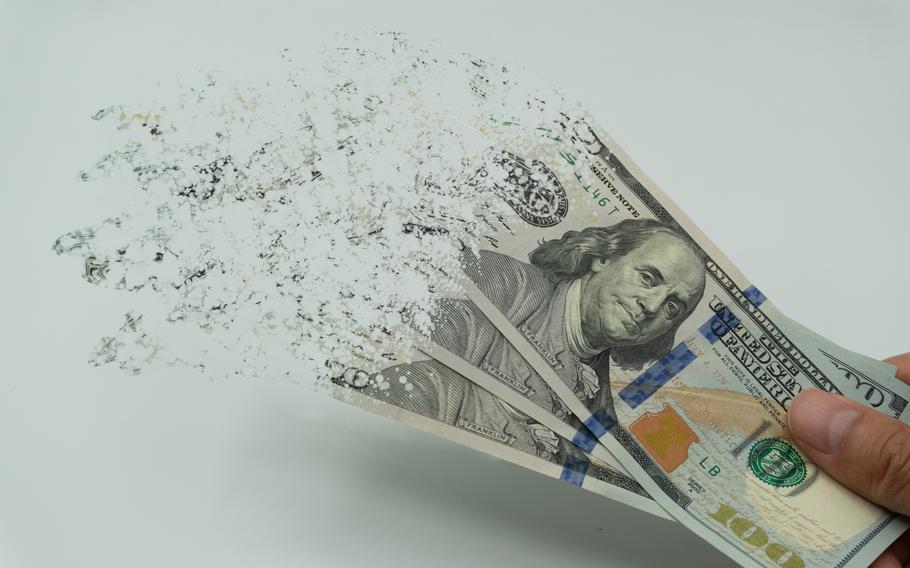