Al-Zawahri killing was a great success of a bygone era 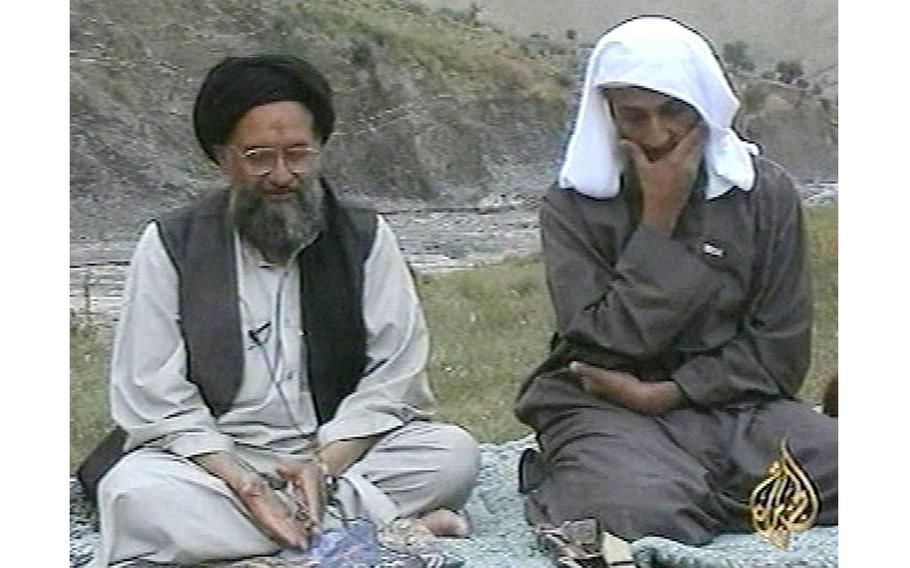 The U.S. drone strike that killed Ayman al-Zawahri, the head of al-Qaida and one of the last remaining architects of the 9/11 terrorist attacks, delivered a measure of justice. It did not deliver resolution in the debates still surrounding U.S. counterterrorism policy.

For President Joe Biden, the strike shows America can still target bad guys even after the controversial withdrawal from Afghanistan. For his critics, it shows that the U.S. pullout allowed al-Qaida’s leadership to take up residence in Kabul. There is some truth to both arguments.

Yet the strike is best seen as a testament to America’s creation of a man-hunting machine without parallel in human history — one that is already becoming harder to maintain as Washington turns to things other than counterterrorism.

From what has been publicly disclosed, the al-Zawahri operation was not a minor lift. Biden was heavily engaged with the issue for weeks. The strike surely involved extensive use of surveillance and reconnaissance assets to find al-Zawahri, map his “pattern of life” and identify options for killing him without also killing innocents.

The strike itself required penetrating unfriendly airspace, probably from a base in the Persian Gulf or perhaps Central Asia. After the attack, U.S. intelligence operatives on the ground in Kabul reportedly confirmed al-Zawahri’s death.

This investment was undoubtedly justified, if only to show, as Biden remarked, that “no matter how long it takes, no matter where you hide, if you are a threat to our people, the United States will find you and take you out.” The operation, like the one that killed Osama bin Laden 11 years ago, is also a window into the formidable capabilities the U.S. developed to locate and neutralize enemies in some of the least accessible places on earth.

Following 9/11, the Pentagon vastly expanded its special operations forces, skilled at killing or capturing terrorist leaders and disrupting the networks on which they relied. The intelligence community used human and technological assets, along with partnerships with friendly and not-so-friendly nations, to track down extremists.

The U.S. created a drone fleet that it used to reach into Pakistan, Yemen and other inhospitable areas; it developed weapons, such as the missile that got al-Zawahri, that could kill targets with remarkably little collateral damage. A network of bases, large and small, in the greater Middle East and beyond provided the logistical footprint for these activities.

The results could be very impressive. Sooner or later, the world’s most prominent jihadis — bin Laden, Abu Musab al-Zarqawi, Abu Bakr al-Baghdadi, Anwar al-Awlaki and others — were, to use the favored euphemism, “taken off the battlefield.” Lethal strikes eliminated countless bomb-makers, facilitators and planners, frequently forcing those who remained to concentrate on keeping themselves alive.

This capacity for targeted killing became all the more important as America’s objective shifted from transforming societies in the greater Middle East to simply pummeling extremist organizations so that they could not easily operate. Critiques that Washington was simply playing whack-a-mole notwithstanding, progress toward the tactical objective of degrading terror groups translated into progress toward the strategic objective of preventing attacks against the U.S. homeland.

Yet man-hunting on this scale was immensely expensive: It often required paying millions of dollars — and sometimes many multiples of that — to track down a particular quarry. These investments gradually became prohibitive as other pressing geopolitical priorities emerged.

In 2018, Gina Haspel, director of the CIA, announced that her organization was pivoting away from counterterrorism and toward competition with China and Russia. The Defense Department and U.S. special operations forces are making similar shifts.

Each of the last three U.S. presidents sought to reduce the resources and attention devoured by counterterrorism. Finally, the withdrawal from Afghanistan forced Washington to part with some of the military presence that provided ready access to extremists, although U.S. forces remain in Iraq, Syria, Somalia and other danger spots.

The al-Zawahri strike isn’t the end of America’s struggle with terrorism, not least because threats persist, from Afghanistan to Africa. Yet it is perhaps more a tribute to a prior era than to the present one.

The successful mission reveals a great deal about the tools the U.S. developed to wage the war on terrorism in the period after 9/11. What it reveals about the efficacy of counterterrorism policy in a moment of competing priorities and fewer resources is harder to say.

Hal Brands is a Bloomberg Opinion columnist. The Henry Kissinger Distinguished Professor at Johns Hopkins University’s School of Advanced International Studies, he is co-author of “Danger Zone: The Coming Conflict with China” and a member of the State Department’s Foreign Affairs Policy Board.