After Roe v. Wade reversal, a new war between the states 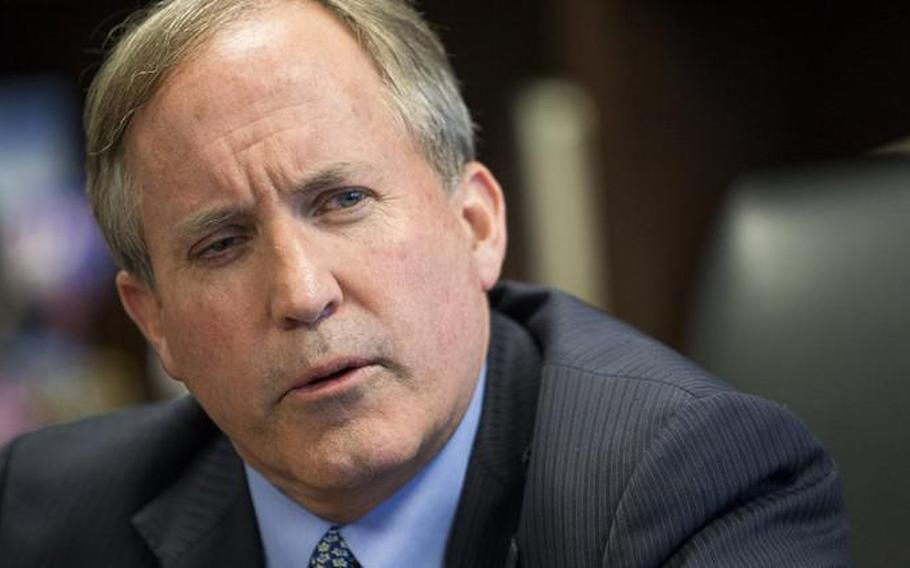 The polarization of American politics, a trend that began long before Donald Trump ran for president, isn’t running out of steam. If anything, it’s accelerating.

Last month it got a boost from a new source: a conservative Supreme Court majority pushing hot-button issues back to the states — not only abortion, but also gun control and environmental regulation, with others likely to come.

Americans were already divided over abortion rights; now, thanks to the court, they get to debate the issue in a dozen or more state legislatures.

The result is a Pandora’s box of new questions: Can a state prohibit its citizens from traveling elsewhere to seek an abortion? From buying mifepristone pills through the U.S. mail? From merely seeking information about abortion options?

The battle won’t be confined within state boundaries. It’s already turning into a virtual war between the states. Texas has passed a law allowing its citizens to sue abortion providers in other states if they treat Texan women. Missouri’s Legislature is considering similar legislation. California, in return, has not only passed a law protecting its citizens from liability for aiding an abortion, but Gov. Gavin Newsom has also promised to provide “sanctuary” for out-of-state women who seek the procedure in his state.

Nor is abortion the only question states are contesting. Texas Attorney General Ken Paxton said last week that he’s willing to argue a Roe-style challenge to the 2015 Supreme Court decision that guarantees the right to same-sex marriage. New York’s Legislature passed a raft of new gun control regulations last week to counter the Supreme Court’s decision to strike down its restrictive concealed-carry law. In the Midwest, Democratic Illinois is blaming Republican Indiana for Chicago’s flood of bootleg guns. And despite the court’s decision to limit the Environmental Protection Agency’s authority to regulate greenhouse gas emissions, California plans to press ahead with tougher regulations at the state level.

“It’s very hard to find any area where divisions among states are not growing,” Donald F. Kettl of the University of Maryland, a leading scholar of federalism, said last week. “You can see it in income, education, health and basic governance — and now, how we count the votes after Election Day. It’s increasingly the case that the government we get depends on where we live.”

Those widening divergences have prompted some pundits, and even a few scholars, to suggest that the United States is sliding toward a second civil war.

“We clearly are closer to civil war than we were 50 years ago,” Robert D. Putnam of Harvard, an eminent and even-tempered sociologist, told me. “The only comparable period in our history, I think, is 1850-1860” — the decade that led to the Civil War.

One especially troubling factor: Our divisions have become self-reinforcing. Primary elections in gerrymandered districts reward politicians who run as ideological purists, not moderate compromise-seekers. More Americans are telling pollsters they distrust people on the other side of the political divide. Some even decide where to live based partly on political allegiances, a trend first noted by Texas journalist Bill Bishop in his 2008 book “The Big Sort.”

Sen. Josh Hawley, a Missouri Republican, celebrated that phenomenon last month when he lauded the Roe decision as “a watershed moment” that could strengthen the GOP’s grip on power in red and purple states by prompting Democrats to move elsewhere.

The good news is that protests, litigation and moving to new states are nonviolent actions. They don’t add up to civil war in the Fort Sumter sense.

But smaller-scale political violence is already on the rise, mostly on the extreme right, according to the National Consortium for the Study of Terrorism and Responses to Terrorism. About 1 in 3 Republicans and 1 in 5 Democrats agreed with the statement that “it may be necessary at some point soon for citizens to take up arms against the government,” a poll released last week by the University of Chicago’s Institute of Politics found.

Few if any reputable scholars think a shooting war is likely soon.

“There are still a lot of equilibrating mechanisms built into our system — not just political, but economic,” Putnam said. He noted that red states and blue states are fully integrated in a single national economy, unlike during the 19th century. “The costs of economic fracture to both sides would be enormous,” he said.

“Our ability to muddle through and find an equilibrium has eroded,” he said. “The danger is that we will slip back into the kind of tensions between the states that occurred in the 1850s. I don’t think we’re there yet, but I’m pretty worried.”

As for ready solutions, both came up empty.

“I don’t have any therapy to prescribe,” said Putnam, who spent much of his career working to build cohesion in American communities.

Perhaps the only way to soften these divisions will be through old-fashioned political competition — not only in national elections, but critically also in the state and local elections that Republicans have learned to dominate. It took a generation or more for the tide of polarization to build. Reversing it will be the work of a generation too.