The Supreme Court has overturned Roe v. Wade, the notorious 1973 decision that wrote abortion rights into law. Critics of the court’s new ruling overlook a crucial fact: By throwing out one of the most anti-democratic court decisions in the past 100 years, the justices have upheld the democratic process.

In Dobbs v. Jackson Women’s Health Organization, the court finally acknowledged what was readily evident back in 1973: Roe was an illegitimate decision in which seven justices simply created a nonexistent constitutional right to obtain an abortion. Roe was an ideological decision, an exercise in judicial policymaking with no basis in the law. Rather, it was a sad example of the court acting as a super-legislature to override the views of the public and their elected legislators in the states.

At issue in Dobbs was a Mississippi law restricting abortions, with limited exceptions for certain medical emergencies or severe fetal abnormalities, after 15 weeks of pregnancy. The lower courts enjoined the law as violating the court’s abortion precedents. In reversing that decision and overruling Roe, the court pointed out that the Constitution makes no express reference to the right to obtain an abortion. You can read through the entire document with a magnifying glass and find no reference to it at all.

Moreover, said the court, the right to an abortion is not deeply rooted in the nation’s history and traditions. Until the latter part of the 20th century, there was no support in American law for a constitutional right to obtain an abortion. No state constitution recognized such a right, either. As common law, abortion was criminal and unlawful. That was the state of the law in this country for 185 years until 1973 when the court suddenly decided to override that history and those state laws by “finding” a (nonexistent) right to an abortion in the Constitution.

In Dobbs, the court also dismissed the argument that the right to an abortion is part of a broader entrenched right to privacy and to define one’s “concept of existence.” Those criteria, said the court, could justify a fundamental right to illegal drug use, prostitution, and other such behavior.

The legal doctrine of stare decisis, which is the concept that courts should generally follow previously decided decisions, is not an inexorable command, said the court, particularly when the precedent in question, in this case Roe, misinterpreted the Constitution. If it was an absolute rule, we would still be operating under the infamous case of Plessy v. Ferguson, which justified segregation under the pernicious doctrine of “separate but equal.” The court overruled that horrendous precedent in 1954 in Brown v. Board of Education.

The court said that stare decisis does not apply because Roe was egregiously wrong on the day it was decided; it had no grounding in constitutional text, history or precedent. Moreover, the complicated rules it imposed were difficult to understand and apply, as evidenced by the unending stream of court cases over state abortion laws and the conflicting decisions by numerous courts of appeal across the country.

The court acknowledges that abortion “presents a profound moral issue on which Americans hold sharply conflicting views.” But it is not up to the court to decide that moral issue. Those who claim that abortion is now banned across the U.S. because of this decision are being dishonest. What the court did was simply “return th(e) authority” to decide how and when abortion should be regulated to where it was prior to 1973: “the people and their elected representatives.”

That means that more liberal states like New York and California will probably continue to have very liberal abortion laws, while more conservative states like Mississippi and Texas will have more humane, more restrictive abortion laws designed to protect the growing life in the womb. The point is that, instead of nine unelected federal judges deciding what the rules are governing abortion, it will be the people and their elected representatives who make that decision.

Isn’t that what democracy is all about?

Hans von Spakovsky is a senior legal fellow in The Heritage Foundation’s Meese Center for Legal and Judicial Studies. 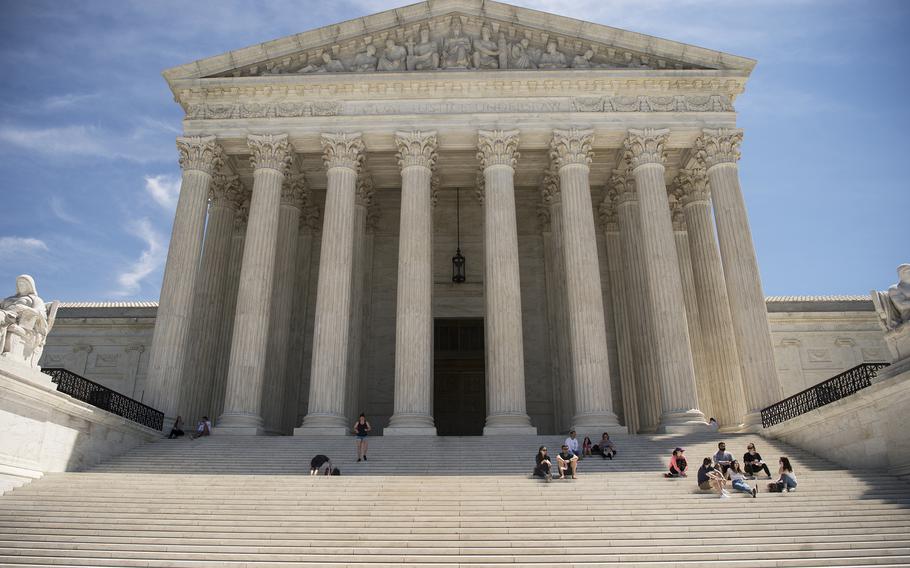