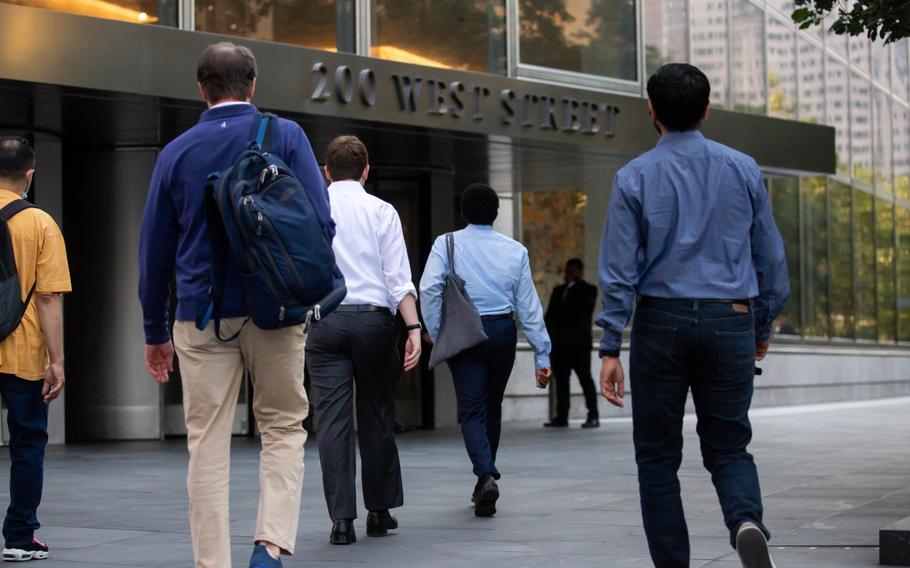 After the 2008 recession, large, established corporate employers fell out of fashion. Their fusty cultures were behind the times, and they seemed stuck in a cycle of perpetual layoffs and restructurings. Tech startups were the place to be for new generations of workers. Their foosball tables, beanbag chairs and modern values catered to youthful sensibilities and priorities.

In 2022, the pendulum is swinging back as the overall job market remains strong, but the outlook for startups becomes shakier. There’s never been a better time to go work for a big company.

If your career revolves around the startup scene, it’s understandable that you might be pessimistic about the state of the economy. After a decadelong boom, most tech-related startups that went public in the past two years now have stocks trading below their listing price. Silicon Valley investors expect this to hurt the ability of startups — particularly unprofitable ones — to raise cash, so they are telling companies to prepare for a downturn. There were more than 15,000 tech layoffs announced in May.

We’re not seeing the same weakness in the broader labor market; it’s actually hard to see any signs of weakness at all. The U.S. economy added 390,000 jobs in May, buoyed by strength in industrial sectors, white collar jobs and an improvement in government hiring. The retail industry shed 60,000 jobs, perhaps due to some of the well-publicized inventory issues they’re dealing with as consumers shift their spending from goods back to services. So I’d argue 390,000 actually understated the strength of the report. Employment website Indeed.com keeps track of weekly job postings and those remain plentiful, even for software development roles.

Here’s an example of the new direction: A stodgy old bank like Citigroup has a growing need for tech workers at a time when cryptocurrency exchange platform Coinbase Global is struggling. Citigroup recently announced that it’s hiring an additional 4,000 tech workers as it seeks to modernize the way it does business. Coinbase, on the other hand, is in the middle of a hiring freeze as its business suffers with the broader slump in cryptocurrencies. Coinbase may be the buzzier company that spent $14 million on a Super Bowl ad, but it’s got only 5,000 employees; Citigroup’s hiring announcement is equivalent to 80% of Coinbase’s entire workforce.

The current labor market dynamics should lead employees to question which job path offers more opportunity and security in the long run. While some startups will succeed regardless of the state of the economy, many are still in need of more time and money to develop their business. That fundraising has become more difficult as startups are seen as an out-of-favor asset class and investors grow more skeptical.

Meanwhile, conventional corporate employers have been steadily increasing their pay and benefits over the past decade to be more competitive with Silicon Valley.

The demographics of the workforce that can choose between jobs at either startups or big corporate employers have also changed since the early 2010s. That wave of young 20-something millennial workers who were spending time at WeWork offices or tech incubators a decade ago are in their 30s now, and in many cases have children, mortgages and retirement savings to consider. Getting paid a higher, stable salary rather than in stock options, and having generous 401(k) and health care plans becomes more appealing when you’re heading into middle age.

So there’s no need for workers to get too caught up in the anxiety and negativity emanating from Silicon Valley these days. Those companies had a phenomenal run, but more boring companies in other parts of the country have staffing needs too, particularly in tech. They’re ready to take advantage of any tech industry weakness, however short-lived it might be. And in many cases, it’s probably a better deal for workers, too.