President Joe Biden gave a prime-time speech Thursday about gun violence. It was carried by all three broadcast networks, as well as the cable stations. As presidential speeches go, it was fine; he mixed some aspirational policy goals with support for more modest objectives that may have a chance of passage, and added a little Republican-bashing to the mix.

But why give such speeches?

We don’t know what the White House staff thought it could accomplish, but we do know that high expectations would have been unrealistic. Presidential speeches are highly unlikely to change anyone’s mind about public policy. That’s been true throughout the polling era. It’s been true when presidents are popular. It’s been true for presidents such as Ronald Reagan, Bill Clinton and Barack Obama who were generally thought to be strong public speakers. Given that Biden is not currently popular and the straight-into-the-camera policy speech isn’t his strength, there’s really no reason to think that he’ll change minds. At the same time, these speeches generally don’t improve a president’s polling numbers or spark voters to go contact their members of Congress with demands to do what the president wants.

One plausible goal is to inform party loyalists and supporters about a position they previously weren’t aware of. But gun safety isn’t that kind of issue; almost all solid Democrats already support the party’s position. Nor are such speeches going to have much effect on the other party’s adherents, who are much less likely to be watching. (In case anyone polls what speech-watchers thought, remember that there’s a strong selection effect at work, in which people from the president’s party are far more likely to watch, and therefore will make up the bulk of the respondents.)

The one thing that presidents can potentially affect is agenda-setting; they can at times convince people that the topic of the speech is a very important issue. But that’s unlikely to happen here, given that gun violence is already dominating the headlines, news shows and social media.

Perhaps White House staffers didn’t know any of this, and thought they could accomplish the impossible. But there are a few more reasonable goals that they might have had in mind.

The first would be simply as a matter of representation. When something important is happening, politicians often feel obliged to let their constituents know what they’re doing in response. There are also media expectations, and while Biden had already spoken multiple times on the subject, it’s possible that the White House wanted to avoid having the press criticize him for failing to do whatever he could to fight for his proposed measures. Or it could be that Biden’s allies — in Congress, within the party, among activists — were pushing for him to say more. For example, some Democratic senators might want cover to support a compromise bill that they think can pass but that might disappoint activists. In such cases, the president’s ability to convey the party position might make it easier to sell a deal to constituents.

One other possibility? Biden will be criticized if nothing passes regardless of what he does, but if something does pass he’ll want to take credit — and a high-profile speech before Congress votes probably deflects some critics who might question whether he had anything to do with it. That’s a pretty marginal reason for a speech, but it might seem important to those in the White House who have to deal with such things.

Which gets to one very good reason to do these speeches: There’s often little or no downside. While presidential time (and staff support) is not exactly an infinite resource, giving this speech likely involved only minor trade-offs. It’s true that high-profile presidential involvement on such issues can be polarizing, but Biden was going to be pushing for his proposed measures one way or another, and it’s unlikely that this speech would trigger polarization on the issue that wouldn’t have happened otherwise.

So even if the possible benefits are marginal at best, there’s no real reason not to go ahead with it.

Bloomberg Opinion columnist Jonathan Bernstein is a former professor of political science at the University of Texas at San Antonio and DePauw University. This column does not necessarily reflect the opinion of the editorial board or Bloomberg LP and its owners. 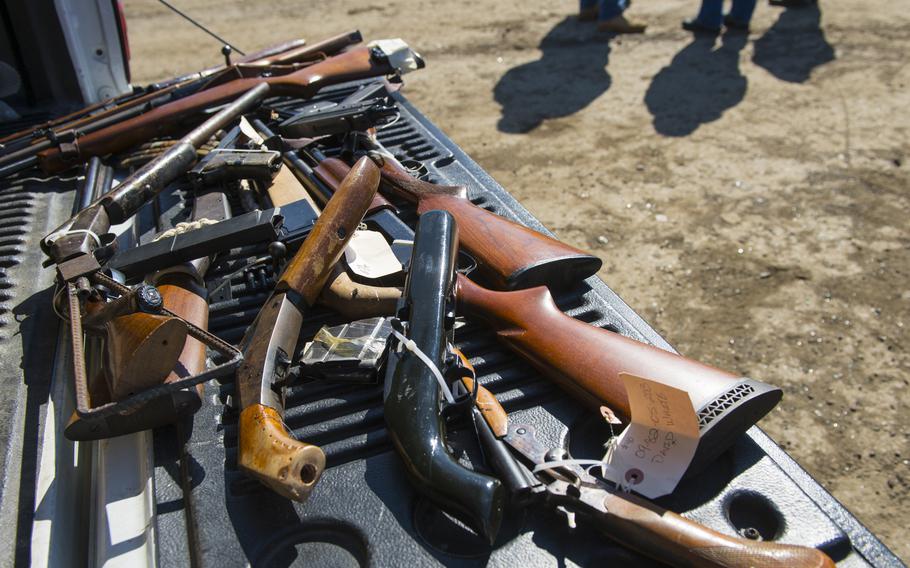