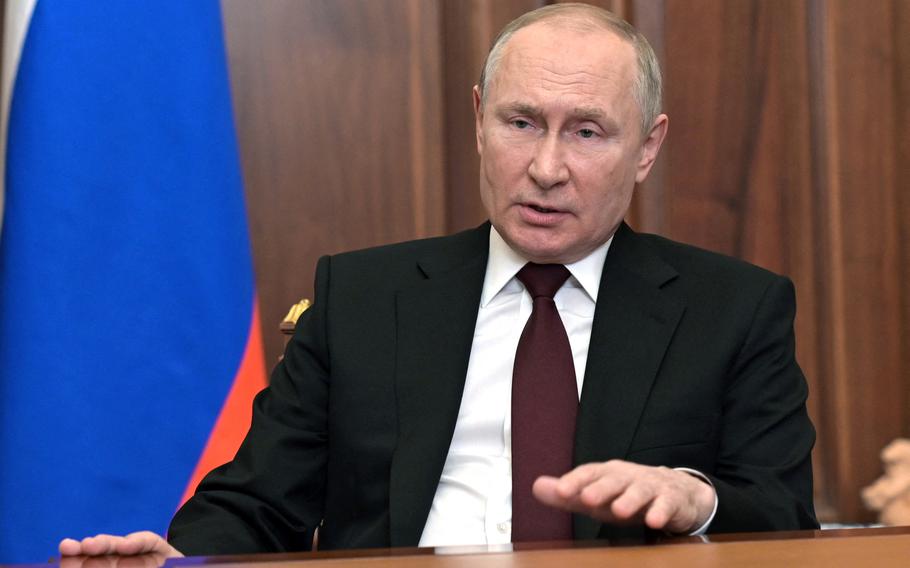 If you had looked up Adolf Hitler on Wikipedia in early May, you’d have seen a peculiar description near the top of the article. Hitler, the introduction concludes, is “almost universally regarded as gravely immoral.” This oddly couched phrase periodically shows up on Wikipedia as a description of Hitler until an editor hops in to delete it and instead highlight a more biting assessment, like the one from the historian Ian Kershaw calling Hitler “the embodiment of modern political evil.”

Whether to call Hitler gravely immoral or evil is one of literally hundreds of discussions about this article, which is among the most viewed ever on the site - more than 125 million times over the last 15 years, twice as many as Jesus’s total and in the neighborhood of the number for the soccer player Cristiano Ronaldo. The Hitler discussions on Wikipedia take place most days and flit between the trivial (whether Hitler’s infamy has doomed the Hitler moustache, also known as the toothbrush), the peculiar (how to describe Hitler’s painting skills) and the profound (whether there even is such a thing as “evil”).

Setting the record straight matters because historical misinformation walks hand in hand with current disinformation. Just look at the rhetoric around Russian’s invasion of Ukraine, which Vladimir Putin has described as a battle to “de-Nazify” the leadership of Ukraine.

Collectively, the debates speak to Wikipedia editors’ awareness of the seriousness of the task. Wikipedia is the de facto research library for platforms like the Google search engine. Just as we rely on Google and the like to explain the current world to us, Google relies on Wikipedia to provide users with a kind of Cliffs Notes version of world history.

Last fall, I wrote about an impassioned Wikipedia editor, Ksenia Coffman, who said she was de-Nazifying Wikipedia. When she used the term, she meant the process of rewriting or deleting articles that relied on myths about the supposed courage and honor of Nazi Germany’s fighting forces, the Wehrmacht. She showed that accounts of so-called “aces” - fighters said to have heroically held off much more powerful enemies with a single tank or plane - were based on propaganda. She also found sources to expose the lies of Nazi generals and field marshals who insisted, after the fact, that they had opposed Nazism in their hearts and had no idea about the war crimes being carried out by their own troops.

In making these repairs, Coffman faced resistance from a group of editors who were mainly military buffs and wanted to write about battlefield valor without too much scrutiny. She, however, kept coming back to facts and sources - how do we know what we think we know? - and an insistence that Wikipedia not be swept up in mythology. At the time, her cause seemed removed from today’s problems - about capital T truth in the abstract - until, that is, Putin and his advisers started talking about why history was on Russia’s side.

In a speech last year, Putin strolled through 1,000 years of battles and alliances to justify his claim of the “historical unity of Russians and Ukrainians.” He tells the story of the ancient Rus people who made Kiev their capital and Vladimir the Great their leader after he rejected Islam and Judaism and embraced Eastern Orthodoxy, as the story goes. Putin has two claims he says are backed by the historical record: that there has never been a separate Ukrainian nation, and that people who claim there is a separate nation must have another motive, whether personal gain or an ideological cause like Nazism. When Putin describes the brotherly fighting between Russians and Ukrainians, he speaks in a tone of sadness that a family has been divided; when he identifies the figures he says are responsible for those divisions - for encouraging a separate Ukrainian identity - his tone turns to rage, comparing its consequences “to the use of weapons of mass destruction against us.”

Since the Russian invasion, the English Wikipedia articles about the historical figures and topics Putin invoked have been racking up pop-star numbers. The article about Stepan Bandera, a far-right leader of Ukrainian nationalists before and during World War II - whom Putin sees as an evil force guiding Ukraine even today - has been viewed a million times since the invasion. The one about the Ukrainian Soviet Socialist Republic, an obscure entity within the Union of Soviet Socialist Republics that Putin sees as having enabled Ukraine’s current separate political identity, has had more than a half-million views since the invasion. Also with Bandera-type numbers is the article about Kievan Rus’ (just under a million views), the ancient kingdom led by Vladimir the Great (225,000).

When it comes to allegations about Nazi collaboration by prominent Ukrainian nationalists like Bandera, Wikipedia has pulled no punches. Even as Putin has emphasized these Nazi ties as a reason for his invasion, Wikipedia has resisted attempts to water down this history. In April, one editor posted to say, “Stepan Bandera wasn’t nazi-collaborator and theorist,” adding, “You must check information and after that publish.” The response from another editor, which carried the day, was swift, “He was, this has been checked, and references are in the article. If Ukrainians do not accept historical facts it is their problem.” The section on Bandera’s anti-Semitic views has only grown since Putin put him on the international stage.

In the big picture, however, Wikipedia offers a compelling counternarrative to Putin: To start, the very existence of a separate Ukraine article is a refutation of Putin’s core theory of Russian-Ukrainian joint history. Digging down, there is the article on the history of Ukraine, which describes how the idea of Ukrainian nationhood crystallized in the 17th and 18th centuries as part of a national cultural revival. Putin glossed over this period in his speech, with a brief pause to ask, “How can this heritage be divided between Russia and Ukraine? And why do it?”

The much-debated article about Hitler has been a bulwark, too. When Putin’s foreign minister, Sergei Lavrov, was asked how Ukraine could be in need of de-Nazification if its president, Volodymyr Zelensky, is Jewish, Lavrov replied: “I could be wrong, but Hitler also had Jewish blood. [That Zelensky is Jewish] means absolutely nothing. Wise Jewish people say that the most ardent anti-Semites are usually Jews.” It was an appalling answer that, according to the Israeli government, Putin apologized for.

The day after Lavrov’s claim, more people visited the Hitler article than had done so on any single day over the last year - nearly 70,000 views, compared to a daily average of 28,000. In an unusual step, the English Wikipedia article brings up this particular falsehood to explicitly refute it. The claim has appeared regularly in discussions since 2005, the records show, most recently in 2021, when various editors mentioned a new article on the subject. That last appeal was shut down: “We’ve been through this and it’s been debunked. It’s all speculation, conjecture and bootstrapping surmise.”

The Wikipedia project comes with a stubborn confidence that facts can guide us through the darkness. In Wikipedia’s 20-year history, this belief has never been asked to do more.

Noam Cohen, author of “The Know-It-Alls: The Rise of Silicon Valley as a Political Powerhouse and Social Wrecking Ball,” writes about how digital technologies are changing society.