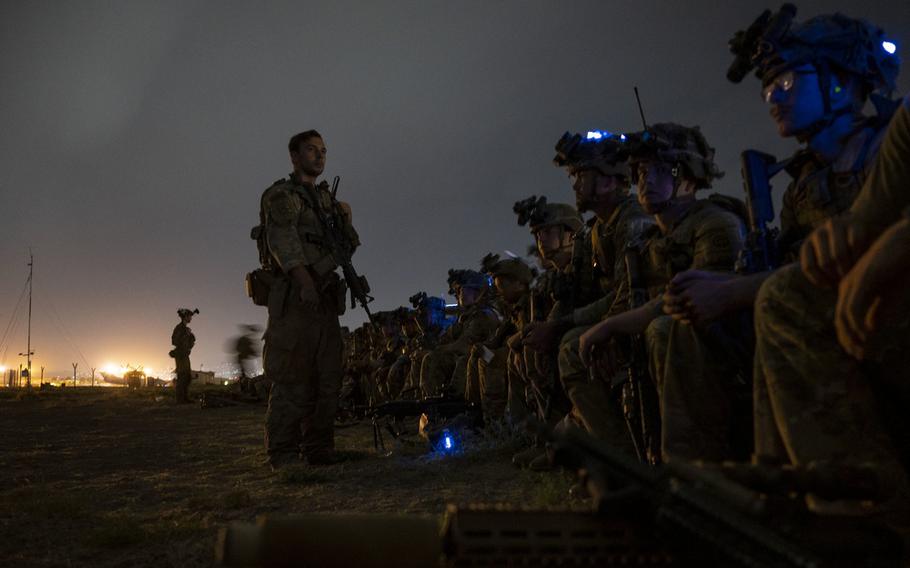 Wars might end when the fighting stops, but soldiers cannot truly come home until they’re able to tell their war story. This truism from the book “No Man’s Land” bears repeating today, the first Memorial Day in 20 years when we’re not at war in Afghanistan. This year, we can help bring the 2,325 service members who gave their lives in Afghanistan back home by sharing their stories. But to truly tell these war stories, Americans have to first learn how to talk about the Afghanistan War, something that our nation has repeatedly failed to do over the past two decades.

After 20 years of ups and downs and a chaotic withdrawal, we need to begin a new national conversation about Afghanistan that brings veterans and military families into dialogue with civilians. Yet Americans still lack a vocabulary for the war outside the frame of total victory or defeat, neither of which accurately capture the war’s dynamics. Until we can speak about it in ways commensurate with its complexity, we won’t truly be able to honor those who fought and died.

In 2021, the Veterans and Citizens Initiative surveyed more than 2,500 Americans, including more than 500 military veterans, on the Afghanistan War. A large majority of the general public and veterans — 73% — said it’s important that Americans help veterans and military families come to terms with the end of the war. While this study showed we all have the good will to do this, we now need the political will to make it happen. President Joe Biden and the federal government must make this a priority, using the bully pulpit and funding efforts at the state, local and community level to bridge the growing divide between veterans and civilians.

With Afghanistan, the challenge is that people don’t even know where to begin the conversation. We found 70% of the public said they’d “never” or “rarely” communicated with an Afghanistan veteran about the war, and only 42% said they’d be comfortable talking with a veteran about the war. That number must change. With targeted resources, we can close this social gap. Trusted organizations such like The Mission Continues are bringing veterans together with their communities to work on neighborhood improvements. And StoryCorps has recorded over 2,800 veterans’ stories while also producing a guide for talking with veterans.

We must also grapple with the fact that most veterans feel Americans don’t care about the war — 70% agreed with the statement that “most Americans stopped caring about the war a long time ago.” There’s an element of truth to this as our study found that only 44% of the general public versus 59% of military veterans feel the war was important to them personally.

But the reality is more complex. In my experience, when I tell people I served in Afghanistan, I’m often met with a mixture of admiration, frustration and confusion. People do not know what to say as there are no easy answers or ways to talk about a war where the measure of success and failure was often difficult to define. As former U.S. Ambassador to Afghanistan Ryan Crocker said in testimony to the Senate Foreign Relations Committee, “Winning and losing, victory and defeat were terms that I did not use in war zones such as Afghanistan and Iraq. In an era of limited warfare, these terms lose their meaning.”

To get this conversation started, there are key actions the federal government and Americans in general can take now. First, Biden should make a series of addresses underscoring the need to talk about the war. He can speak personally from his son Beau’s service and the impact on veterans of feeling heard. First lady Jill Biden, a champion of military families, could spearhead efforts with organizations like Blue Star Families to ensure conversations involve not only veterans but also military spouses and children.

Second, Congress should increase funding for programs that bring veterans together with civilians. This could help the National Endowment for the Humanities’ Dialogues on the Experience of War launch state-level projects across the country. Another worthy investment is public broadcasting’s Military and Veterans Projects, supporting media about veterans and military families like the 2017 film by Ken Burns and Lynn Novick that led to a significant uptick in public engagement with the Vietnam War.

Finally, the general public can welcome Afghanistan’s refugees to the United States. Supporting our new neighbors is a powerful way to show solidarity with veterans and could alleviate some of the mental health challenges faced as they return home. In our survey, 78% of veterans said their mental health would be improved by helping to resettle Afghan refugees.

Together, these steps can jump-start a national conversation about Afghanistan. This Memorial Day, as we pause to honor those who have given their lives in service of our nation, it’s a fitting time to commit ourselves to this new and worthy endeavor.

Dan Vallone, a veteran who served in Afghanistan, co-leads the Veterans and Citizens Initiative, a nonpartisan organization of veterans and military families. He is also the U.S. director of More in Common, a nonprofit to bring Americans together.