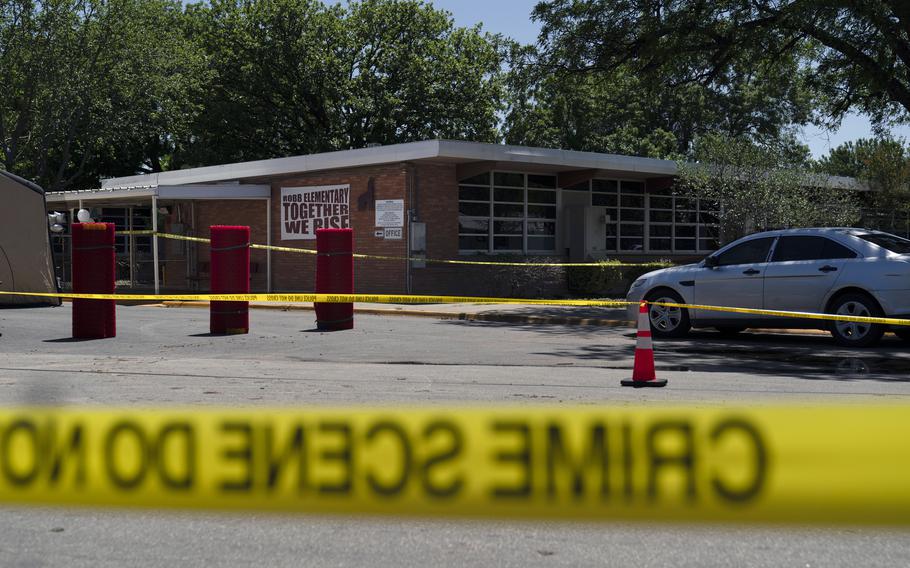 The mass murder of children in Uvalde, Texas, coming just 10 days after the mass murder of shoppers in Buffalo, N.Y., moved former Sen. Bill Frist — who was the majority leader of a Republican Senate when President George W. Bush was in the White House — to issue a statement on guns: “We can find ways to preserve the Second Amendment while also safeguarding the lives of our children. … The time to act is now.”

The impulse to overcome long-standing divisions to find solutions is laudable. But the assumption behind Frist’s comment, and much of the rest of the national discussion of gun crime, is that progress is mostly a matter of getting enough Americans to have the right sentiments.

There are three deep problems that all who share those sentiments have not been able to get past.

First: The mainstream gun control agenda of the last 30 years would have negligible effects even if enacted. When the Justice Department looked at the assault-weapons ban in effect from 1995 to 2004, it concluded that a renewal’s “effects on gun violence are likely to be small at best and perhaps too small for reliable measurement.” A 2020 review of the research on assault-weapons bans by the Rand Corp. found that even the effects on mass shootings were “inconclusive.” Expanding background checks would achieve little, either: Most mass shooters have already passed them.

Second: Most people understand that these policies would have very small effects, and it makes support for them soft. Advocates of expanded background checks often cite polls that show very large majorities in favor of them; some polls also show majority support for a ban on assault weapons. But polls also find considerable skepticism about the effects of such laws. In 2017, Gallup asked whether “new gun control laws,” if passed, would reduce the number of mass shootings. A 42% plurality said they wouldn’t, while another 16% said they would matter “a little.”

Numbers like that one help to explain why opponents of new restrictions can prevail even when they are outnumbered politically. The opponents, who say the new laws would be intolerable restrictions on their rights or would lead to them, are intensely motivated. A lot of supporters are lukewarm. And that in turn helps explain why even in a Democratic-run Senate in 2013, a new assault-weapons ban garnered only 40 votes.

Third: More-ambitious gun control proposals could have a substantial effect, but are nonstarters. A rigorously enforced ban on the civilian possession of handguns would slash gun violence. But the latest poll has only 19% of the public backing that idea. Support for it has been falling for 60 years. The Second Amendment of the Constitution bars it. And even if could somehow be enacted anyway, it would be impossible to enforce effectively in a country estimated to have nearly 400 million firearms — a country, moreover, where nearly half of adults live in a household with guns.

None of this means that Americans should give up and accept the current levels of bloodshed. But it does suggest that there’s a need to break out of the standard gun control debates.

In particular, it suggests that the authorities need better ways to identify individuals who pose a serious threat of lethal violence and to act on that assessment. “Red-flag laws,” which allow the disarmament of dangerous individuals, should be explored, although it remains to be seen whether they can make a difference while respecting civil liberties. State governments should also institute a duty to report serious threats: It’s remarkable how many mass shooters offered warning signs before committing their atrocities.

Better enforcement of existing laws, such as those against proxy purchases of guns for those who can’t legally own them, and against falsifying information on background checks, might also help reduce gun violence generally (if not mass shootings specifically) without adding burdens to law-abiding gun owners and thus yielding the usual political impasse.

Such policies do not promise advocates the catharsis of lashing out at political and cultural enemies, which is one of the draws of ritualized gun arguments. But those arguments have led nowhere. Let’s act now, yes, but only after we think.