Army ‘equitable’ but not combat-ready 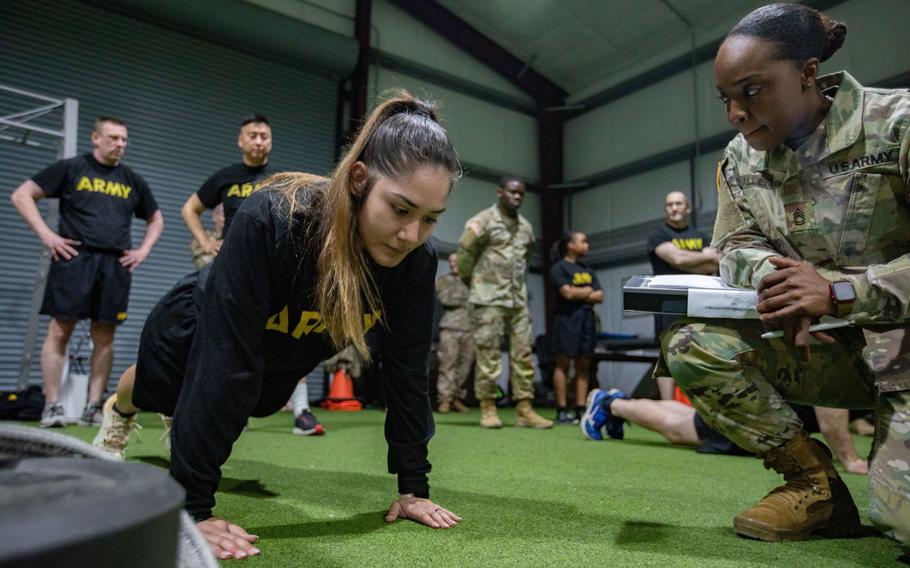 Americans are used to picturing Army combat soldiers as incredibly tough individuals, able to run faster and do more pushups than most people. In today’s Army, though, that notion is officially passé. At a recent Senate hearing, we learned that Army physical fitness has been sacrificed on the altar of gender equity, a move that former infantryman Sen. Tom Cotton, R-Ark., noted, will “get soldiers killed.”

Army Secretary Christine Wormuth admitted to Cotton that the service had abandoned efforts to ensure that soldiers’ fitness in physically demanding Army career fields — such as artillery — was being continuously assessed to ensure they met the standards. A subsequent exchange revealed that the Army’s minimum fitness standards have been dramatically compromised.

This wasn’t what we were sold when President Barack Obama’s secretary of defense, Ash Carter, opened all combat positions to women seven years ago. He directed that “leaders assign tasks and career fields throughout the force based on ability, not gender.”

Obviously, not all Army career fields require the same levels of physical fitness. A cyber sergeant doesn’t need to run a seven-minute mile. But an artillery crewmember must be able to lift and carry a 90-pound artillery shell. Most Americans can’t meet that standard. So, to ensure readiness of the force, the Army needed a way to make these continuing objective assessments to meet Carter’s guidance that soldiers have abilities necessary for their career fields.

Enter the Army’s new Combat Fitness Test or ACFT. Designed over 10 years, it consists of six events, all chosen as a proxy for the types of strength soldiers need on the modern battlefield. The standards were gender-neutral to objectively assess who could serve in which Army positions.

The Army spent years studying the standards necessary to succeed in its 190 different career fields.

Unlike previous fitness tests, the ACFT had no categories for male and female. Color-coded scoring bands were established for each of the six ACFT events. For artillery crewmembers, the level of performance required were the highest, coded “black.”

To achieve the “black” standard for a two-mile run time, for example, a soldier needed to finish in 18 minutes and deadlift 200 pounds. Similarly high scores were required in the other four events.

It was a tough but science-based system that ensured soldiers who held these physically demanding positions were able to continue to contribute effectively and succeed. It was scheduled for implementation for October 2021. Then Congress and advocacy groups intervened.

Alarmed that women were scoring lower than men were on trial tests of the ACFT, Congress passed a law delaying the test and requiring an independent assessment.

Months later, Rand Corp., who performed the study, returned with shocking news: Males and females score differently on fitness tests. Thus, greater numbers of women than men would not be eligible to serve and remain in the Army’s most physically demanding career fields.

Under heavy pressure, the Army surrendered. They threw out the gender-neutral ACFT, effectively abandoning any effort to link continued physical fitness to career fields and simultaneously watering down the baseline fitness standards.

Asked “why” by Cotton, Wormuth replied: “We wanted to make sure that we didn’t unfairly have standards for a particular subgroup that people, you know, couldn’t perform. We didn’t want to disadvantage any subgroups.”

So now the entire Army is disadvantaged, its readiness degraded in the name of “fairness.” The desire to put “equitable” outcomes first is reducing elite combat units to the lowest common denominator. It is a recipe for defeat.

Worse, not only did the Army remove any link between continuing physical fitness and career fields, it also significantly lowered the minimum scores necessary to pass.

The new ACFT passing standard for a female age 17-21 for the two-mile run is over four minutes slower than the old standards. A female soldier can take a leisurely 23 minutes, a male 22 minutes, and still pass. The number of required pushups went down by nine, to a total of 10. Cotton, unable to hide his disgust during the hearing, called the lowered standards “absolutely pathetic.”

This is not to say no women can meet the physical standards to serve in combat units. More than 100 women have graduated from the Army’s grueling Ranger School, its most physically demanding course.

One of the first graduates, Cpt. Kristen Griest, recently expressed strong views on the subject: “While the equity question must be addressed, the answer is not to implement gender-based scoring or reduce the minimum standards for combat arms. Doing so would have both immediate and insidious impacts on combat effectiveness, as well as on women’s credibility and potential.”

Some may think this doesn’t matter — that modern combat is all about “pushing buttons.” Think again. In Ukraine today, soldiers are lugging 90-pound shells and 50-pound Javelins all across the country to defeat Vladimir Putin’s brutal invaders.

Cotton concluded his questioning by warning, “I’m not going to let it stand.”

For the sake of America’s Army, let’s hope he doesn’t.