NATO expansion and the Russian threat 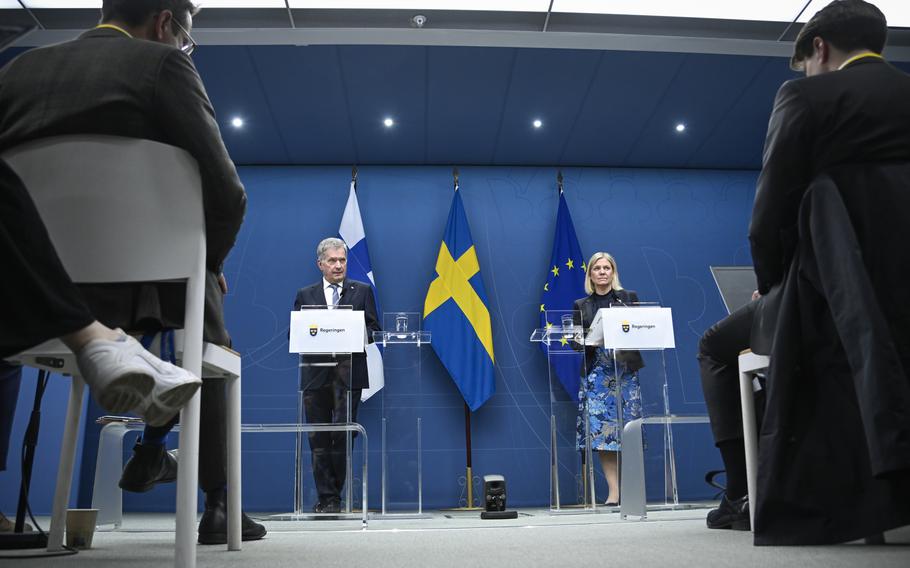 “What about the rest of the North?” asked McGeorge Bundy, president of the Ford Foundation, back in the 1970s.

Following policy, he and the other officers were considering yet one more sizable grant to help the troubled Native Americans of Alaska. Officers rarely vetoed a staff recommendation, but he regularly asked insightful questions.

Bundy’s query bears on the discussion over admitting Finland and Sweden to NATO (North Atlantic Treaty Organization). This alliance began in 1949, early in the Cold War, to oppose the aggressive expansionist Soviet Union.

Moscow responded by forming the Warsaw Pact. The satellite states of Eastern Europe, already occupied by the Red Army, experienced this new formally imposed treaty, the latest effort to legitimize the boots on their necks.

As the 1980s drew to a close, so did the Cold War, beginning with the tearing down of the Berlin Wall. The ugly guarded Wall, erected in 1961 by Nikita Khrushchev, prevented East Germans from defecting to West Germany. By that year, the flow of East Germans fleeing through that open door had become a floodtide, depopulating East Germany.

President George H.W. Bush and associates proved extremely shrewd, tough and effective as the Soviet empire collapsed. There was no public boasting about victory. Bush and Secretary of State James Baker emphasized traditional diplomacy, reflected in disciplined and detailed negotiations.

Germany was reunited, and remained in NATO. The Russians received assurance of no nuclear weapons in Eastern Europe, and that has held.

Beginning with the successor Clinton administration, NATO expanded eastward starting with the Czech Republic, Hungary and Poland in 1999. President Vladimir Putin blames NATO expansion for his aggression, not just in Ukraine.

That is obviously absurd, but does highlight historically rooted Russian fears about invasion from the west. Operation Barbarossa, the gigantic surprise military attack launched by Nazi Germany in June 1941, began four years of total war to the death. Russian anxieties are understandable.

President Recep Tayyip Erdogan of Turkey, an occasional Putin ally, has questioned admitting Finland and Sweden. His concerns include the presence in Scandinavia of Kurdish independence organizations, including the Kurdistan Workers’ Party and the Syrian Kurdish People’s Protection Units. Turkey’s government opposes such separatist groups.

Which returns us to that Ford Foundation officers meeting long ago. The initial mistaken thought of the young staffer asked to research Bundy’s question about “the North” was that the boss was making some strange reference to the Civil War.

Bundy meant the Arctic, where nations share environmental, ethnic and security challenges. As usually was the case, he was right. Today, melting polar ice provides scientific, commercial and military challenges — and opportunities.

The Soviet-Finnish War of 1939-40, ended through negotiation, demonstrated Finland’s military prowess against a far larger enemy. Cold War Sweden practiced variations of insulting anti-American neutrality. Both nations in NATO strengthen deterrence of Russia in the North.

During the intense early phases of the Cold War, the Arctic was the focus of intense security concern. NORAD, the North American Air Defense Command was formed in 1958 (retitled North American Aerospace Defense Command in 1981) to coordinate Canada and U.S. military activities directed especially against the threat of Soviet long-range bombers attacking over the north polar region. Less visibly, President Dwight Eisenhower secured demilitarization of Antarctica in 1959.

In the North today, Russia has taken the lead in commerce, exploration and military bases. Moscow also pursues serious disputes with other Arctic nations. One example involves Canada and Denmark regarding control of the Lomonosov Ridge.

In 2021, Russia succeeded Iceland in chairing the Arctic Council, which also includes Canada, Denmark, Finland, Norway, Sweden and the U.S. Finland and Sweden in NATO will effectively isolate Russia as the only non-member of the alliance.

Uniformity among allies will encourage relatively isolated Russia to cooperate. Finland and Sweden in NATO will help achieve this, benefiting the Arctic, and beyond.

Arthur I. Cyr is author of “After the Cold War — American Foreign Policy, Europe and Asia” (NYU and Palgrave/Macmillan). Contact acyr@carthage.edu.