Many crucial reasons why the US should care about Afghanistan 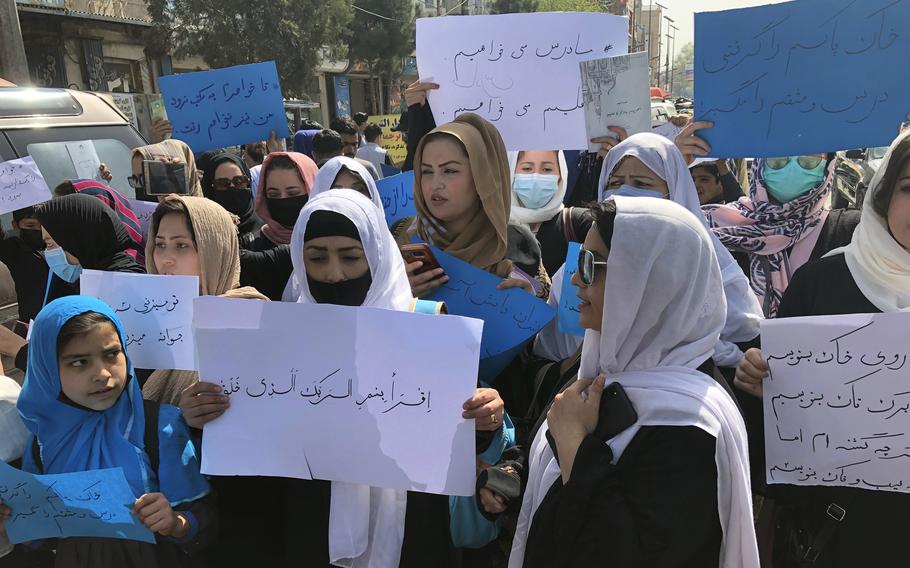 Afghanistan is a bleeding wound in the heart of humanity. Afghan civilians, especially women and children, are victims of a protracted, bloody conflict that started some 40 years ago, when I was a fresh graduate of Kabul Law School. All these years later, it appears the misery in my native land still has little hope of improving any time soon. The peace treaty known as the Doha Agreement, negotiated and signed by the Taliban and the United States two years ago, has not led to any improvement in the lives of Afghans.

After the Taliban seized power from the U.S.-backed government of Ashraf Ghani last year, Afghans hoped the Taliban would cease their reign of violence. Afghans were mentally traumatized and physically exhausted after years of the Taliban’s relentless attacks on Afghan security forces and civil servants. They hoped the Taliban would relax the strict rules that marked their first reign in the 1990s … but that didn’t happen. The Taliban were as vicious as ever. They imposed draconic rules for the personal conduct of men and women, prohibiting girls from attending school after sixth grade, forbidding men to wear ties, and more.

The economy ground to a complete halt as hundreds of thousands fled the country, seeking jobs and security in neighboring Iran and Pakistan.

Why should we care here in the United States?

First, it’s in the vital interests of the U.S. not to allow Afghanistan to become a den for international terrorists and drug traffickers, as it did following the withdrawal of the former Soviet Union in 1990s. That led to a civil war that resulted in a complete fragmentation of the country. History has taught us that insecurity in Afghanistan will bleed outside of its borders (e.g., the plot to carry out the 9/11 attacks on U.S. soil was planned in a chaotic Afghanistan).

Among our vital national security interests in Afghanistan is the need to prevent it from being used as a base from which terrorists can attack American allies. This is no time to stick our heads into the sand. Terrorists thrive in weak or failed states. Afghanistan is such a state.

The threat level rises when you have the Taliban in power, who share historic and ideological ties with al-Qaida. The U.S. left behind approximately $7 billion worth of military equipment in Afghanistan, and that can’t help but embolden terrorists.

The Taliban promised in the Doha agreement that they would not allow foreign fighters in their country to conduct terrorist actions against the U.S. or its allies, but according to the BBC, al-Qaida remains bound to the Taliban by a pledge of allegiance — or bay'ah — which was first offered in the 1990s by Osama bin Laden to his Taliban counterpart Mullah Omar.

The pledge has been renewed several times since, although it has not always been publicly acknowledged by the Taliban.

Recent attacks in Kabul and northern Afghanistan resulted in hundreds of civilian casualties, killing students, worshipers and ordinary citizens in the cities of Mazar-e-Sharif and Kunduz. Al-Qaida took responsibility for the attacks, removing any doubt about whether al-Qaida is still active in Afghanistan. But even if the Taliban wanted to carry out their promise, they don’t seem to even have the ability to eliminate al-Qaida from Afghanistan.

Also, the country has been the world’s leading illicit drug producer since 2001. In 2007, at least 93% of the nonpharmaceutical–grade opiates on the world market were grown in Afghanistan. By 2019, the country still produced about 84% of the world’s opiates, and there is no sign that the Taliban intend to scale back the drug market.

But most importantly, we in the U.S. sense a moral obligation to help those in need, just as we are helping Ukraine fight Russian aggression, and just as we have collectively fought a worldwide “war” against COVID-19.

The Afghan people have been taken hostage by a group of religious zealots who want to impose their own harsh interpretation of Islam on people who have a moderate view of Islam. The U.S. has some questions it needs to seriously consider, such as:

Does the West want the Taliban to refrain from international terrorism or trying to expand their Islamic emirate beyond Afghanistan’s borders? Writes Sarah Chayes, the author of “On Corruption in America — And What Is at Stake”: Do we think an Afghan government that represents the spectrum of people who make up the nation would be more stable than one run by a narrow — and largely detested — authoritarian faction?

Do we want the half of the population that has two X-chromosomes to enjoy comparable human rights with their male counterparts, such as the right to learn, teach or practice medicine? Do we believe Afghans deserve freedom of motion and expression?

If we learned anything from the past 20 years, it’s that sending troops or pouring money into Afghanistan are not effective solutions. Neither is arming an opposition group to topple the Taliban.

The U.S. and the international community should not recognize the Taliban as a legitimate government until they embrace freedom for their people.

It’s time for the U.S. to use its soft power to entice the Taliban to agree on free elections, respect women’s rights, and work together for the establishment of a long-lasting peace that is based on social justice, fair distribution of power and respect for individual rights.

Wahab Raofi is a graduate of Kabul Law School who worked as a culture adviser for the NATO forces in Afghanistan for 10 years. He lives in California.