When will Iran get the bomb? 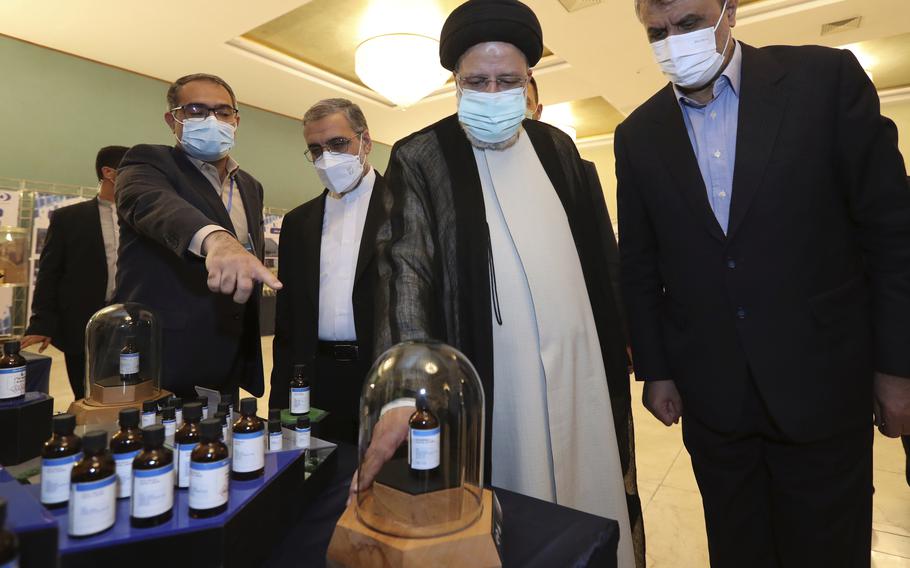 The nuclear talks in Vienna, where leaders of the most powerful nations – and, yes, Russia included – are trying to stop another rogue state from acquiring nuclear weapons and taking the planet hostage, have stalled again. Western powers have the Russian aggression in Ukraine on their plate and there is a serious economic crisis looming on the horizon, making the very rogue state in question, Iran, think that it can get away with it.

Though the Iranian regime keeps blaming everyone else for the stalemate, it might not be annoyed by this after all. For those old enough to remember the two decades’ history of nuclear negotiations of the E3 and P5+1 with Iran, whether under the so-called reformist Mohammad Khatami administration, the hardliner Mahmoud Ahmadinejad and the alleged moderate Hassan Rouhani, Iran has always been a master of procrastinating and tiptoeing at the bargaining table.

Nowadays, it cannot be moreover surprising that Tehran had been using the talks to buy more time to advance its nuclear know-how, and how they got this regime to bow under the United Nations Security Council’s resolutions. The national security team laid out by the Biden administration was already involved in the original deal, the Joint Comprehensive Plan of Action. They know all too well with whom they are dealing.

Ever since the major movement of the Iranian Resistance – the Mujahedin-e-Khalq (MEK/PMOI) – told the world in 2002 that Iran has been secretly enriching uranium for 18 years and the International Atomic Energy Agency started to act on their revelations, Tehran has stubbornly defied the U.N. watchdog and the world powers with political games and deceitful tactics.

As the international sanctions continued to take their toll on Iran’s economy and consequently the momentum of Tehran’s regional expansion through proxy militant groups, by late 2013, serious cracks became evident in the great wall of “heroic resistance” in Tehran.

On Sept. 17, 2013, in a meeting with the Revolutionary Guard commanders, the Iranian regime’s Supreme Leader Ali Khamenei said: “I am not against proper political moves in diplomacy. I believe in what was named many years ago as ‘heroic flexibility.’ ”

Whether true or false, no one in Tehran questioned the precedent, but the regime did indeed get back to the negotiating table “on their bleeding knees,” as described in the Resalat daily that year.

After the JCPOA was signed and endorsed by the UNSC Resolution 2231, the milestone was celebrated in many capitals, including Tehran, but for varied reasons. The Iranian regime kept advancing its ballistic missile program in violation of UNSCR 2231 and used the released cash to enhance its regional agenda.

When U.S. President Donald Trump nixed the nuclear deal and reimposed sanctions in 2018, the Iranian economy took another downturn and even though Trump’s successor, President Joe Biden, vowed to restore the deal, foreign investment appetite had already deeply dropped.

Despite harsh rhetoric and increased hostility in the Middle East, Tehran was feeling the pain. Its cash reserves had dropped from $104 billion in 2018 to less than $10 billion by the end of 2020.

The political reshape in Washington brought a change of policies. Biden was determined to revive the nuclear deal but said he sought “a stronger and longer one.” Ahead of the talks, Robert Malley, the U.S. special envoy for Iran, told the BBC that if Iran wanted to use the talks as a cover to speed up its nuclear program, the U.S. and its allies would increase pressure on Tehran.

According to the U.S.-based Persian language website Zeitoon, a few weeks before the announcement that Iran would join the talks, Khamenei summoned current and former diplomats and officials of the Atomic Energy Organization of Iran, declaring that “the regime has no intention of reversing its nuclear progress” and asked them whether Iran had any chance succeeding at the talks.

The source claims to be told by an official that Ali Akbar Salehi, the former head of the AEOI, had told Khamenei that “Iran’s nuclear progress is irreversible, and the West is aware of this,” adding, “If the West does not come to terms with the progress of Iran’s nuclear program, the talks will give us more time to develop nuclear advancements.” With these words, the decision to start negotiations was made.

On this basis, the regime felt itself in a position to set the pace for discussions ahead.

Briefly, as easily predictable, the nuclear talks were destined to fail. The regime always was opting for a win-or-win situation. Either the world would resign and cave in, or they just keep dragging their feet by advancing the uranium enrichment from 3.5% to 20% and from 60% to 90%. Who knows where they stand with the warheads?

There is no doubt that the best approach to prevent the regime from obtaining a nuclear armament still remains a strict and severe system of sanctions, especially to halt any revenues from the oil products smuggling.

On this, the U.S. nonprofit organization United Against a Nuclear Iran–UANI is leading a pressure campaign, toward the U.S. and its allies, to keep the guard up on the regime’s escamotage to circumvent the sanctions, also due to a certain appeasement showed by Western countries.

Thus, UANI has recently announced that its work to identify and detect rogue vessel operators engaged in Iranian regime oil and gas smuggling has resulted in 100 vessels being stripped of their flags by authorities worldwide.

Until the West starts acting united and strong, rather than asking flagging foreign authorities to fend for themselves, we can expect that Iran will take advantage of their lagging capabilities to continue to enrich itself through smuggled energy resources.

Adversaries including China, Russia and Venezuela will become increasingly brazen in their disregard for sanctions. As an example, in March 2020, UANI reported that Iran exported 825,000 barrels of oil per day in violation of U.S. sanctions. That figure has soared in the last 15 months. In March 2022, UANI estimated that Iran exported 1.34 million barrels per day — including just under 900,000 barrels per day to China.

Since the world has engaged Tehran over the nuclear dossier, we have been sitting and chatting with the mullahs’ representatives, sometimes smiling, sometimes frowning, but always beardy.

Throughout the lifespan of Iran’s nuclear dossier, governments, think tanks and professional proliferation institutes have wrongly been questioning when Iran will get a nuclear bomb. Instead, we should ask ourselves, when will we finally get to grasp that it takes our own iron will, on both sides of the Atlantic, preventing them from getting one.

Giulio Terzi di Sant’Agata is former foreign minister of Italy, former Italian ambassador to the U.S., and former permanent representative of Italy to the United Nations. He is a member of the Advisory Board of United Against a Nuclear Iran.