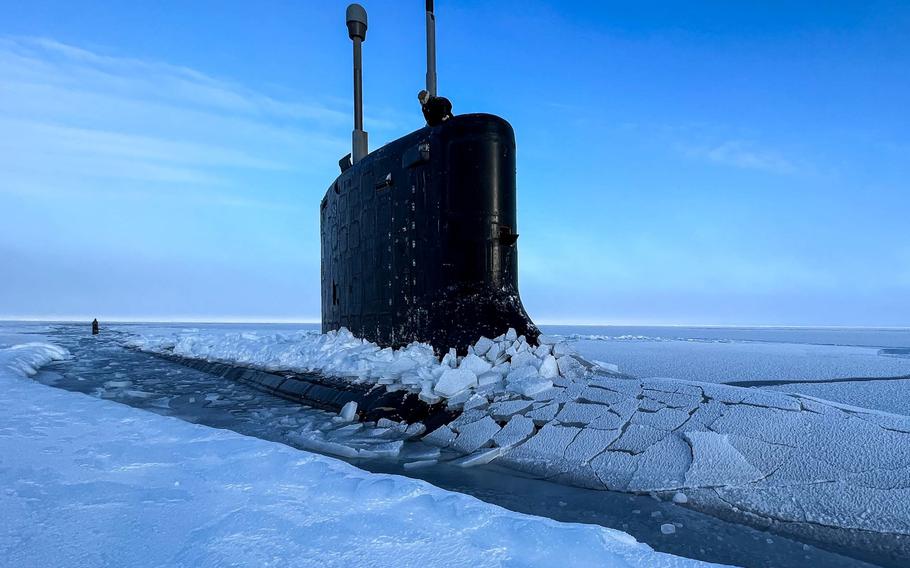 “America and Britain play cold-war games with Russia in the Arctic.”

That headline sums up a situation growing steadily more ominous.

The message is not current, but rather from two years ago in the influential British weekly The Economist. Since then, Russia’s massive infrastructure and military buildup in the Arctic has continued.

Russia’s invasion of Ukraine, and the continuing bloody war, underscore the importance of the Arctic rivalry. The headline reflects British fondness for irony, but Arctic developments are no game. Big money and big militaries are involved. Today, Russia gives disciplined, long-term priority to the Arctic.

Neither the Obama nor Trump administration gave the Arctic priority, but we no longer can afford that complacency. Both China and Russia are extremely assertive there, as elsewhere.

Russia President Vladimir Putin relentlessly pursues power and influence in this part of the world, as in others. Operations of surface ships go beyond customary presence of submarines. Early this year, analysts interpreted Barents Sea operations as preparation to invade Ukraine. Russia publicly denied any such intent.

President Barack Obama did visit Alaska in 2016, but the trip was largely symbolic and rhetorical. This is unfortunate since the U.S. also chaired the Arctic Council at the time.

There has been some Atlantic area assertiveness. In 2018, NATO held the Trident Juncture military maneuvers anchored in Norway. This large operation was unusual since the end of the Cold War. A U.S. aircraft carrier entered the Arctic Circle for the first time since the Cold War. Also notable, Finland and Sweden participated along with NATO nations.

Historically Britain has led in Polar matters, joined in the 19th century by the United States. Germany also emerged as a leader, until disastrously sidetracked by militarism.

Traditional, serious territorial conflicts continue, and Russia’s aggressive actions exacerbate them. Current disputes align Russia against Canada and Denmark regarding control of the Lomonosov Ridge, most of which is in international waters. Other involved nations include Finland, Iceland, Sweden and the U.S.

Longer term, history is encouraging regarding international Arctic cooperation. International Polar Years occurred in 1882-1883, 1932-1933 and 2007-2009. The first two inspired the International Geophysical Year (IGY) of 1957-1958, during the height of the Cold War.

Discovery of the Van Allen Radiation Belts was among important IGY scientific discoveries. American scientific and government leadership was instrumental in launching and completing this comprehensive global enterprise.

President Dwight D. Eisenhower also initiated demilitarization of Antarctica. This was the first major arms control agreement of the Cold War, and laid the foundation for others.

Eisenhower combined scientific cooperation with attention to national defense. In August 1958, the new nuclear submarine Nautilus made the first undersea voyage to the North Pole. In 2007, two mini-submarines planted Russia’s flag on the North Pole seabed, far below the surface.

That president provides a particularly impressive example of strategic thinking, careful implementation of policy, and sensitivity to both diplomatic and political realities. He ended the costly, enervating stalemated war in Korea, avoided another armed conflict, and found areas of agreement with the Soviet Union at the height of the Cold War.

Putin’s Ukraine invasion is one brutal component of comprehensive strategy. Newly energized NATO must plan, and act, accordingly. Complacency no longer is an option.