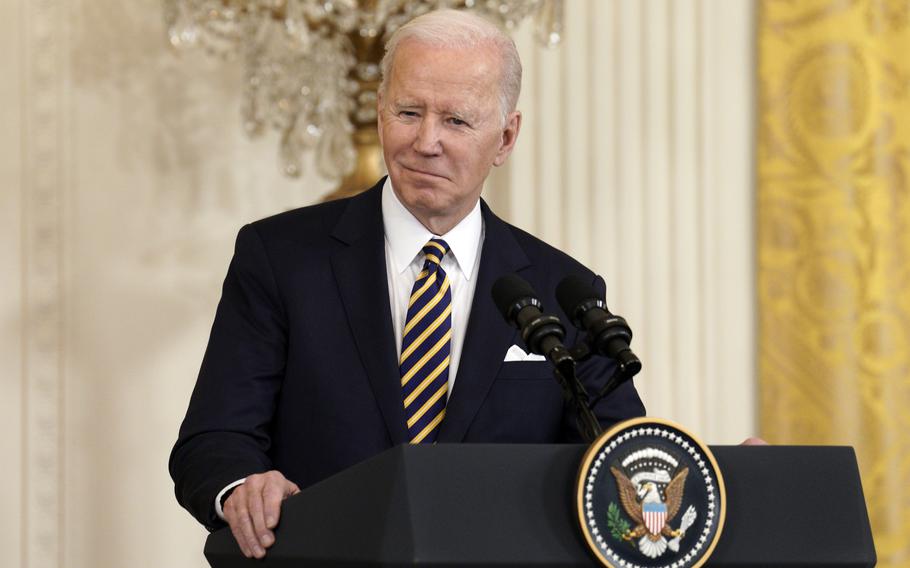 America is following an “arsenal of democracy” strategy in Ukraine: It has avoided direct intervention against the Russian invaders, while working with allies and partners to provide the Kyiv government with money and guns.

That strategy, reminiscent of U.S. support for Britain in 1940-41, has worked wonders. Yet as the war reaches a critical stage, with the Russians preparing to consolidate their grip on eastern Ukraine, the arsenal of democracy is being depleted.

That could cause a fatal shortfall for Ukrainian forces in this conflict, and it is revealing American weaknesses that could be laid bare in the next great-power fight.

Of all the support the U.S. and its friends have provided Ukraine, arms have mattered the most. Deliveries of drones, antitank and anti-aircraft weapons, ammunition and other capabilities have helped Ukraine wreak havoc on Russian forces even as Moscow has pummeled the country’s industrial base.

Gen. Mark Milley, the chairman of the U.S. Joint Chiefs of Staff, told Congress that the West has delivered 60,000 antitank weapons and 25,000 anti-aircraft weapons to Kyiv. The Pentagon is now laying plans to rush additional artillery, coastal defense drones and other materiel to Ukraine. The White House on Wednesday announced a new $800 million package including helicopters and armored personnel carriers.

But President Joe Biden never planned for a war like this. The assumption was that Russia would quickly conquer much of the country, so the U.S. would be supporting a simmering, low-intensity Ukrainian insurgency. Instead, Ukraine’s successful resistance has led to an ongoing, high-intensity conventional fight, with prodigious consumption of munitions and intense attrition of key military assets.

Pentagon officials say that Kyiv is blowing through a week’s worth of deliveries of antitank munitions every day. It is also running short of usable aircraft as Russian airstrikes and combat losses take their toll. Ammunition has become scarce in Mariupol and other areas.

This is presenting Western countries with a stark choice between pouring more supplies into Ukraine or husbanding finite capabilities they may need for their own defense.

Germany has declined to transfer tanks to Ukraine on grounds that it simply cannot spare them. Canada quickly ran short on rocket launchers and other equipment that the Ukrainians desperately need. The U.S. has provided one-third of its overall stockpile of Javelin anti-tank missiles. It cannot easily deliver more without leaving its own armories badly depleted - and it may take months or years to significantly ramp up production.

Before the U.S. entered World War II, President Franklin Roosevelt and his military advisers engaged in intense debates about whether the U.S. should rush weapons to a beleaguered Britain or hang onto them in case America had to defend itself. Biden’s arsenal-of-democracy strategy is reaching a similar inflection point in Ukraine.

Kyiv will require far more Western support to beat back Russian forces gathering in the east, where relatively open terrain is less favorable to the defense. It will also need more sophisticated weapons, such as tanks and aircraft, to deny Russia a decisive advantage - and perhaps take the offensive if Moscow’s eastern offensive falters. Stout Ukrainian resistance has given Kyiv a reasonable chance of winning this war, but the cost of any victory, in equipment no less than lives, will be astounding.

For the same reason, the war in Ukraine is a sobering preview of the problems the U.S. itself would face in a conflict against Russia or China. If forced to go to war in Eastern Europe or the Western Pacific, Washington would spend down its stockpiles of missiles, precision-guided munitions and other critical capabilities in days or weeks. It would probably suffer severe losses of tanks, planes, ships and other assets that are sophisticated, costly and hard to replace.

During World War I, the offensives of 1914 led to “shell famine” as the European combatants exhausted their arsenals. Get ready for “missile famine” if there is a great-power war.

In the world wars of the last century, America’s unmatched manufacturing base ultimately powered it to victory. But today, replenishing the free world’s arsenal might not be so easy.

American economic leadership is no longer based primarily on manufacturing. Shortages of machine tools, skilled labor and spare production capacity could slow a wartime rearmament effort. The U.S. can’t quickly scale up production of Stinger missiles for Ukraine, for example, because the workforce needed to do so no longer exists.

American stockpiles of key weapons are smaller than one might imagine, partly because of production constraints and partly because most of the Pentagon’s roughly $750 billion budget goes to manpower, health care and things other than bullets and bombs.

Don’t bet against the world’s leading economy - and all of its democratic allies - in a long war. But don’t think that America would effortlessly produce what it needs to win.

The problem isn’t insoluble. Greater investments in the defense industrial base and more aggressive purchasing and stockpiling of key munitions can help. The creation of a reserve industrial corps (civilians who have basic peacetime training so they can contribute to wartime production) is worth exploring. Key allies, such as Japan, may be able to help the U.S. surge production in shipbuilding and other areas.

Small wars typically preview what is to come in bigger wars. The Ukraine conflict is showing what it will take to keep the arsenal of democracy equal to the task.

Hal Brands is a Bloomberg Opinion columnist, the Henry Kissinger Distinguished Professor at Johns Hopkins University’s School of Advanced International Studies, and a scholar at the American Enterprise Institute. Most recently, he is the author of “The Twilight Struggle: What the Cold War Teaches Us About Great-Power Rivalry Today.”