Russians don’t hear the truth about Putin’s war. The CIA can help 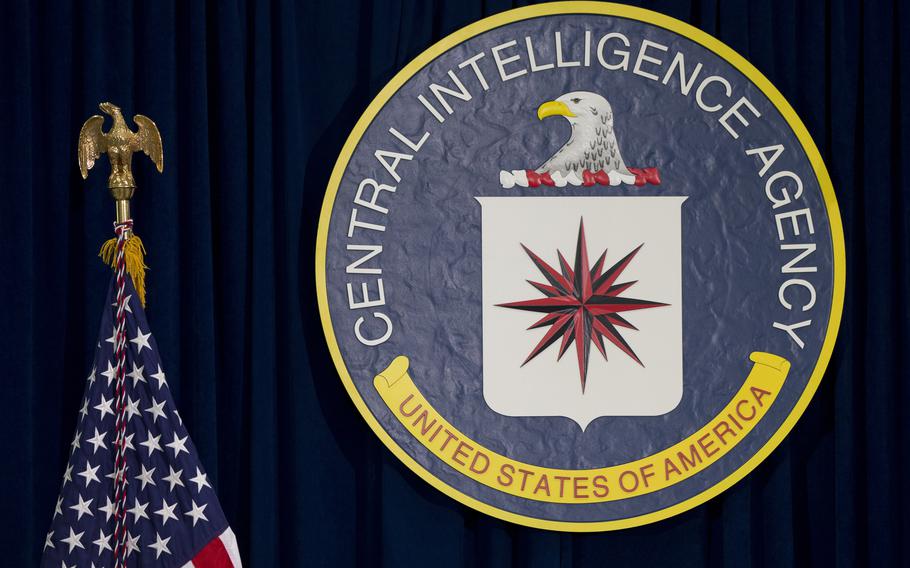 The United States may not be in the business of regime change right now. It can still help turn the political tide against Vladimir Putin in Russia.

The key is piercing the Russian president’s iron curtain with the truth about the war in Ukraine. It’s a hard target. But there are ways to do it, as the CIA began to discover 40 years ago, in a small, skillful and wildly successful covert operation in Poland.

Back then, the Kremlin and its minions in Warsaw had imposed martial law to crush the burgeoning Solidarity movement. Solidarity started as a labor coalition, but it became an underground resistance organization, its leaders in jail or in hiding.

The CIA created a program code-named HELPFUL. It smuggled the tools of a free press into Solidarity’s hands. At first it was paper, ink, printing presses, Xerox copiers and fax machines. Then it was equipment for clandestine radio stations, funded in part by the AFL-CIO, which worked in harmony with the CIA. Then came sophisticated technology that let the resistance break into state-run news programs with a banner proclaiming “Solidarity Lives.”

The information war helped keep Solidarity alive - and then thrive. The movement grew into a political force that won national elections in 1989. And that was the beginning of the end of the Soviet empire.

Information operations and espionage, along with economic sanctions and diplomacy, are instruments of political warfare - the way a nation projects its power without going to war. The United States all but abandoned the practice of political warfare after 9/11; the war on terror swamped the tradition. While America slept, Putin escalated. Disinformation is his political-warfare weapon of choice; it helped him monkey-wrench the 2016 election to help Donald Trump win the White House.

But now American political warfare is back in the battle.

Espionage provided the United States with the power to expose and defuse Putin’s plans to create pretexts for attacking Ukraine, like staging fake videos of atrocities against Russians; Secretary of State Antony Blinken made the case against Russia at the United Nations on Feb. 17.

American intelligence continues to penetrate the confines of Russia’s military and spy services, identifying hundreds of intelligence officers posing as diplomats in embassies across Europe. Economic warfare is hitting Putin’s oligarchs and power brokers, as well as the Russian people, where it hurts. American diplomacy is working to unify the NATO nations after Trump undermined the alliance.

The time is ripe for another Operation HELPFUL - on a grand scale. Instead of paper and ink, pixels and smartphones can create freedom of information and a foundation for political dissent in Russia. The goal is to win hearts and minds.

The Kremlin-controlled state media barrage their viewers with lies. Putin has banned independent reporting, shuttered international news organizations and made it a crime to call the war a war. So how can the truth - the slaughter of Ukrainian civilians, the soaring casualties of Russian forces - be amplified and transmitted into Russian eyes and ears?

In the Cold War, and up until last month, Radio Free Europe and Radio Liberty broadcast news into Russia. And just as the radios worked to evade signal-jamming by the Soviets, they are breaking through Putin’s information blockade, despite his ban. Russian viewership of the radios’ YouTube channels tripled in March.

And there are more channels of communication. Hundreds of thousands of Russians have been downloading virtual private networks, or VPNs, which bypass firewalls while preserving a user’s internet privacy. The Swiss-based company ProtonVPN reports a 10-fold increase in Russian subscribers since the war began - and it’s not charging its customers.

That creates new ways to counter Kremlin propaganda. So does Telegram, the thus-far uncensored group-chat service widely available in Russia: The Washington Post and the New York Times use it to transmit news about the war. Twitter and Facebook have privacy-protected access for Russians through an anonymous browser called Tor.

The United States can help break Putin’s authoritarian grip in Russia by flooding the country with news, information technology and internet workarounds. It could also learn from the human-rights activists who have been smuggling thumb-drives into North Korea for the past eight years.

What about older Russians, for whom the internet is largely terra incognita? Another page from the Cold War playbook may come in handy to reach them.

In 1948, the CIA launched its very first covert operation - an attempt to sway national elections in Italy toward pro-American candidates. In addition to providing $10 million for politicians, priests and propaganda, the United States, through the press, asked Italian Americans to send 10 million letters to friends and family back home. The operation was a success.

Today, more than 3 million Russian-born Americans live in the United States. More than 60% of them have college degrees. They know what’s going on in Ukraine. So why not mount a campaign though community leaders to enlist the diaspora - and ask them to call their friends and family in Russia, write them letters, send them emails, connect with them on Skype, try to make them see reality? Though Putin and his talking heads have irradiated the Russian people with propaganda, a call to mom might help, even if the Kremlin has made it a crime to call the war a war.

Outside the Russian Embassy in Stockholm, an immigration law firm recently put up a billboard addressed to its occupants: “Find it hard to go to work? Feeling shame at the end of each working day? Soon it will be too late to escape! Get in touch with us to learn how to get political asylum.” In CIA stations across the world, the same message is being broadcast, though a touch more subtly.

The CIA and the State Department have helped American allies identify and expel hundreds of Russian intelligence officers posing as diplomats in embassies all over Europe. Those people are temporarily out of a job. And, just as the fall of the Berlin Wall created a field day for the recruitment of Russians, the consequences of the war in Ukraine will give the CIA the chance to offer the Kremlin’s spies a new and mutually beneficial line of work - disrupting Putin’s autocracy.

It’s hard to envision a popular revolution in Moscow. But Putin has sent his country’s economy and politics back to the bad old days of the Soviet Union. Information is power. Perhaps someday the Russian people, armed with the truth, will rise up against their czar.

Tim Weiner, author of “The Folly and the Glory: America, Russia, and Political Warfare, 1945-2020,” is working on a history of the 21st-century CIA. His podcast series on the war in Ukraine, “Whirlwind,” premieres April 13.