Germany’s president embodies the past sins of its Russia policy 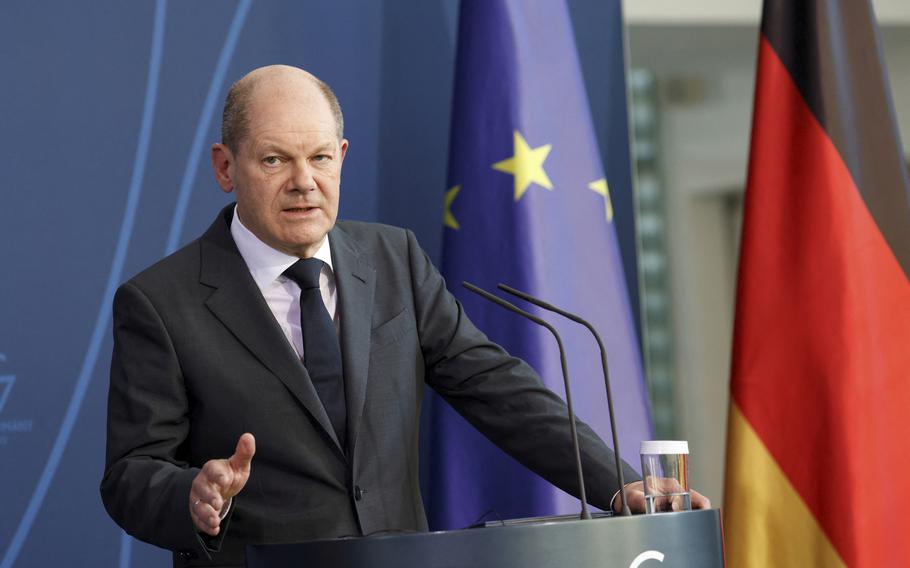 “J’accuse…!” This was the famous title of a withering public letter Emile Zola wrote in 1898 to the president of France. In it, the author accused the government, and by extension the whole country, of anti-Semitism.

“Ich klage an…!” This, in effect, would be the German version of Zola’s letter. Ukraine’s ambassador to Berlin hurled just such an indictment at Germany’s president, Frank-Walter Steinmeier, and by extension the country’s entire political class.

The charge is not anti-Semitism this time, but decades of fawning and hypocritical appeasement of Russia and its president, Vladimir Putin, who is currently committing war crimes in Ukraine.

With this and other outbursts of undiplomatic honesty, Andrij Melnyk, Ukraine’s ambassador in Berlin, has come to embody Germany’s guilty conscience. When not seated like a moral phantom in the gallery of the Bundestag and glowering down at parliament’s speakers, he goes from one talk show to another, relentlessly reminding Germans how they’re falling short of the historical responsibility they’re constantly invoking - by not sending Ukraine enough weapons, continuing to buy Russian gas, or what have you.

By aiming at Steinmeier, Melnyk has picked what is in some ways the most obvious and symbolic target. As head of state, Steinmeier holds a largely ceremonial office. This suits him perfectly because he excels at the main job requirement: bloviating. Steinmeier is especially good with pregnant pauses to accentuate absolutely meaningless platitudes.

He represents his nation and its political class in another sense, too. As a Social Democrat who’s been chief of staff to one former chancellor, Gerhard Schroeder, and foreign minister to another, Angela Merkel, he played a leading role in almost every misguided gesture Germany has made toward Putin in the last two decades.

Schroeder, you may recall, became best buds with Putin and - surprisingly soon after leaving the chancellery - the Kremlin’s most prominent energy lobbyist. He chairs the shareholder committee of Nord Stream, a gas pipeline connecting Russia and Germany under the Baltic Sea, as well as the board of Rosneft, a state-owned oil giant. He’s also due to join the board of Gazprom, which controls Nord Stream. As recently as February, Schroeder demanded that Kyiv - not Moscow - stop its “saber-rattling,” which is all you need to know.

After Schroeder, Merkel then spent 16 years adding to Germany’s commercial and energy entanglements with Russia. With Steinmeier, she even green-lighted a second Nord Stream pipeline after Putin’s first invasion of Ukraine in 2014. That was nixed only last month.

During all those Schroeder and Merkel years, Steinmeier was saying cheese for the photographers next to Putin and his cronies. Like other German politicians, especially Social Democrats, he became an oratorical robot spouting the German conventional wisdom: the only way to deal with Moscow is dialogue and more dialogue, as well as more economic and cultural exchange.

Politely but obstinately, Steinmeier rebuffed the Poles, Estonians, Latvians and Lithuanians - not to mention the Ukrainians - who worried that Germany was in hock to the Kremlin. He lectured them that energy dependence was instead interdependence and would make the Russian Bear cuddly rather than scary. In 2016, when NATO maneuvered near its eastern flank, Steinmeier theatrically decried this “saber-rattling and warmongering” by his own country’s defensive alliance. Hear any echoes?

For Steinmeier, the “relationship to Russia was and is something fundamental, even holy,” Melnyk told a German newspaper this week. For decades, he added, Steinmeier has “woven a spider’s net” of pro-Kremlin contacts. Melnyk then named some of them, including the current foreign-policy advisor of Chancellor Olaf Scholz.

It was Scholz, of course, who, in response to Putin’s attack on Ukraine, recently proclaimed “a new era” in German policy toward Russia. His administration’s support for Ukraine is now unequivocal, its commitment to military deterrence and the NATO alliance reinvigorated. This is a good and probably permanent change of direction - and therefore historic.

And yet, Germany’s policy elites and intellectuals will have a lot of soul-searching to do for years to come. Few are doing so honestly. They include a group of historians affiliated with the Social Democrats who published what amounts to a collective mea culpa, sniping that “some Social Democrats in our party appear to mourn the ruins of their policies more than the ruined landscapes Putin’s bombs are making in Ukraine.”

They probably also had in mind Germany’s head of state. As is his wont, Steinmeier was until recently trying to gloss over his own responsibility with grand gestures of pacific high-mindedness. He invited Melnyk to a concert in which both Ukrainian and Russian musicians were to perform in demonstrative harmony. Melnyk RSVP’ed no, then called out Steinmeier’s hypocrisy.

In response, Steinmeier this week admitted that he shouldn’t have advocated for the Nord Stream 2 pipeline. He even conceded that “we failed,” and that “like others, I was wrong.” If he’d spoken English, he would have said “mistakes were made.” Where are you now, Emile Zola?

This column does not necessarily reflect the opinion of the editorial board or Bloomberg LP and its owners. Andreas Kluth is a columnist for Bloomberg Opinion. He was previously editor in chief of Handelsblatt Global and a writer for the Economist. He’s the author of “Hannibal and Me.”