To improve national security, we must build on measures addressing climate change 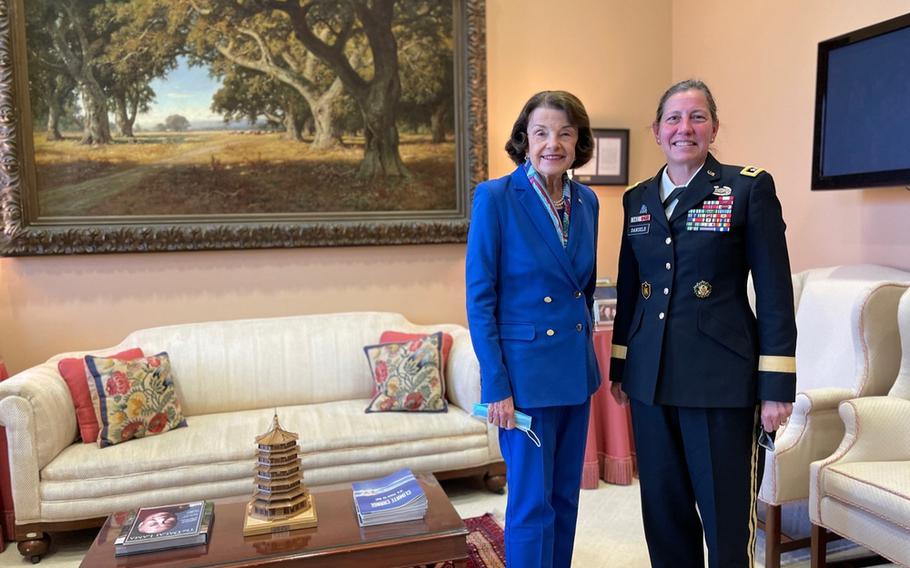 But one implication of climate change is often overlooked: threats to our national security. (Felix R. Fimbres/Army)

But one implication of climate change is often overlooked: threats to our national security.

In a stark assessment last fall, the National Intelligence Council said climate change will intensify risks to U.S. national security interests over the next two decades as physical effects of a warming climate mount and geopolitical tensions multiply about how to respond.

And last week the U.S. Army released its first-ever climate strategy. In that landmark document, Secretary of the Army Christine Wormuth acknowledged, “Climate change threatens America’s security and is altering the geostrategic landscape as we know it.”

We are already seeing this play out at home.

Naval Station Norfolk in Virginia – home of the U.S. Navy Fleet Forces Command and the largest naval base in the world – frequently experiences extreme tidal flooding. Similarly, military bases in the West, including Travis and Vandenberg Air Force bases in California, are facing increasingly destructive wildfires that prompt evacuations and damage land and property.

The Canyon Wildfire at Vandenberg in 2016 burned more than 10,000 acres and came so close to two space launch complexes that a scheduled rocket launch was delayed. Several facilities were forced to operate on generators following the loss of electrical power.

Military readiness is also being strained as thousands of military personnel are diverted from their day-to-day duties to respond to extreme-weather disasters. As hurricanes, wildfires and flooding increase, the burden on the Defense Department will only grow.

The effects are also being felt abroad.

Globally, climate change threatens to exacerbate violence over competition for food and water that already destabilizes many regions. And in low-lying and island nations, the loss of land mass will displace and impoverish millions.

Another climate change flashpoint is natural resources. The Arctic Circle, for instance, is warming at four-times the rate of the rest of the world, eroding ice and opening up areas previously inaccessible. As major powers, especially Russia, race to enforce their claims on resource-rich Arctic territories, competition will increase the risk of conflict.

In order to stay ahead of these looming crises, Congress must continue to prioritize action on climate change and ensure that national security concerns are a part of that discussion.

Congress took an important step in 2007 when it required the intelligence community to write an unclassified National Intelligence Estimate on climate change, an effort I was proud to lead. The challenges identified in that initial NIE have only grown in the ensuing 15 years.

The NIE released in October laid out the global challenges of climate change as well as the global tensions that will increase as nations “argue about how to accelerate the reductions in net greenhouse gas emissions.”

“Intensifying physical effects will exacerbate geopolitical flashpoints, particularly after 2030,” the report concludes, “and key countries and regions will face increasing risks of instability and need for humanitarian assistance.”

Debate among high-carbon-emitting countries over what climate action needs to occur will only intensify, and relationships with our allies and others will be affected by how we act.

We can save taxpayer money by working to adapt our military now, rather than incurring higher costs to maintain bases and strategic competitiveness. For the past several years the annual defense authorization process has included provisions requiring the U.S. military prepare for and respond to climate change.

The report released this week noted the Army already has 950 renewable energy projects and 25 microgrid projects set to be online by 2024. That’s a step in the right direction, but we must do more.

Of course, the long-term solution rests in curbing climate change emissions at the federal and state levels as well as within the private sector.

California has long led the nation in the transition to the green economy. Through innovative policies such as a greenhouse gas emissions cap-and-trade market and limits on tailpipe emissions, we’ve seen much success. Those efforts need to be expanded and adopted nationwide to make a real difference in our emissions.

Thankfully, the Biden administration recognizes the urgency and investment needed to meet the challenge. For example, climate provisions in the Build Back Better Act would help jumpstart the American clean energy economy.

Tax credits for companies developing and deploying clean energy technologies is another tool we must utilize, as is incentivizing individuals to reduce their carbon footprint such as increased use of electric vehicles.

The 2015 Paris Agreement, adopted by the vast majority of nations, concluded that the global community must limit warming to 1.5 degrees C by 2100. Unfortunately, the planet has already warmed 1.1 degrees and is now on track to reach the 1.5-degree tipping point by 2030, 70 years ahead of schedule.

We can’t wait to take action. The National Intelligence Estimate provides Congress with an important blueprint as we consider climate change policies. Now is the time to act.