The filibuster is infuriating. We should keep it. 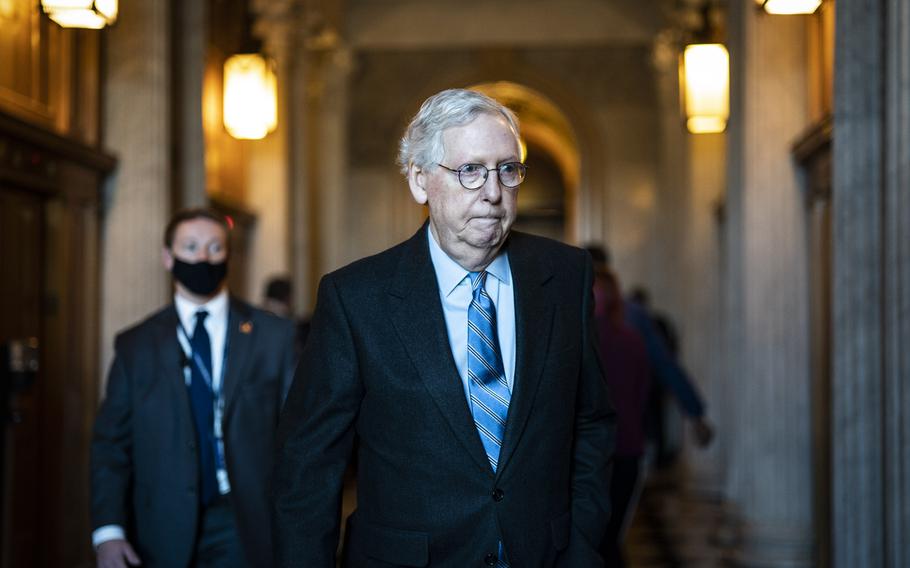 President Joe Biden and Senate Democrats have a special gift in mind for what would have been the Rev. Martin Luther King Jr.’s 93rd birthday: declaring hyperpartisanship an insurmountable reality and capitulating accordingly.

Specifically, in order to advance voting rights legislation, Democrats are on the brink of eliminating the Senate filibuster, a 60-vote threshold for moving legislation forward, to make it possible to pass bills with a simple majority of 51 votes. It strikes me as both ironic and cynical that this craven surrender to partisanship is attached to King, a leader who never flinched when faced with adversity.

Most certainly, Congress is called upon to protect every citizen’s ability to cast a vote, and a healthy debate can — and should — be had on the many provisions contained in the Freedom to Vote Act as well as the John Lewis Voting Rights Advancement Act. In an earlier column, I argued that there should be no difference between a Texas voter’s ability to participate in a national election and a voter from Massachusetts or California. With several hundred election-focused bills making their way through state legislatures across the country, this clearly is a time when Congress and the courts need to pay close attention to voting rights and need to step in to protect this most fundamental component of participatory democracy.

This, however, is a different debate. The filibuster debate is about admitting defeat to our hyperpartisan times and abandoning forever the notion that the Senate is “the world’s greatest deliberative body.”

The filibuster protects the minority party and moves bills forward for a vote only if at least 60 senators agree. It forces the Senate to actually debate the issues shaping our country’s future instead of simply relying on 50+1 as the winning formula. The filibuster is frustrating, much abused (thank you, Ted Cruz, for ruining “Green Eggs and Ham” for generations to come) and stifles the majority’s ability to bring about big change quickly. It also is what makes the Senate different from the House. The Senate was specifically designed as the slower, more insulated chamber that, thanks to six-year terms, was not going to simply ride popular waves when considering legislative action. In addition, it frankly is one of the last safeguards against extremist legislators from either side of the aisle pushing through laws that the vast majority of the country would oppose.

None of the above is any judgment on the necessity or merit of voting rights legislation. But if Biden and Senate Democrats carve out yet another exemption to the filibuster for this specific issue, then the Senate, as envisioned by the Founding Fathers, will cease to exist. As the Senate makes clear on its own website: “To the framers themselves, Madison explained that the Senate would be a necessary fence against the fickleness and passion that tended to influence the attitudes of the general public and members of the House of Representatives. George Washington is said to have told Jefferson that the framers created the Senate to cool House legislation, just as a saucer was used to cool hot tea.” In other words, the Senate puts the breaks on the House, and via the filibuster no simple majority can dictate the path forward.

One would think Democrats learned this lesson by now: In 2013, frustrated by Republican filibusters during the Obama administration, Democrats eliminated the filibuster for Cabinet appointments and judicial nominations other than the Supreme Court. The result? When Republicans took back the Senate, hundreds of federal judges were confirmed by a simple majority during the Trump administration. And the simple majority threshold was extended to Supreme Court nominees, enabling Sen. Mitch McConnell to confirm three highly conservative justices on the court without the need to find nominees who could garner significant Democratic buy-in.

Majority Leader Chuck Schumer is absolutely correct that protecting every citizen’s right to vote is a fundamental responsibility of government in a free and democratic society. And Minority Leader McConnell is absolutely correct when he said in March 2020 that the filibuster serves the framers’ design to require prudent deliberation by the Senate, so that cooperation results in federal laws broad enough to earn the lasting consent of the governed. The onus is on the two of them to avoid the “nuclear option” of replacing the filibuster with a simple majority. One needs to come to the table willing to forgo the power of the majority; the other one needs to allow his conference to negotiate in good faith.

That is called political leadership, and King’s memory would be much better served.

Pete Weichlein is the CEO of FMC: The Former Members of Congress Association.