Wallen’s song and dance has a familiar hook 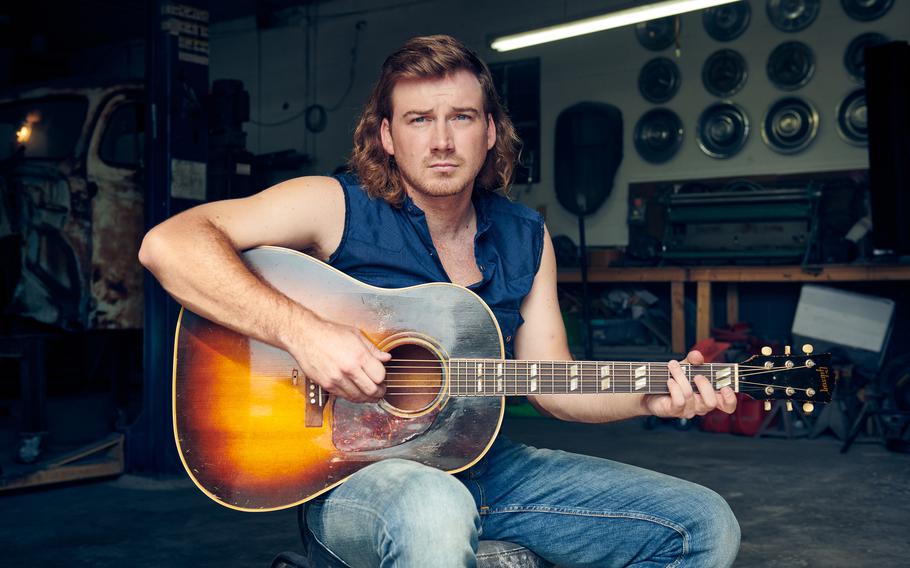 Last February, shortly after video surfaced of country music superstar Morgan Wallen using the N-word, things didn’t look too good for him. But less than a year later, Wallen was not only back on the Grand Ole Opry stage last Saturday night but also managed to become just the fourth artist to hit No. 1 on Billboard’s Hot Country Songs and Hot R&B/Hip-Hop Songs charts.  (John Shearer)

I’ve got to hand it to Morgan Wallen: He played it perfectly.

Last February, shortly after video surfaced of the country music superstar using the N-word, things didn’t look too good for him. His music was pulled from streaming services and radio. The Country Music Association and Country Music Television distanced themselves from him, and his record label, Big Loud, suspended his contract.

Considering how popular Wallen was, none of this was easy. But you have to consider the nation’s mood at the time. We were still grappling with the racially charged Jan. 6 terrorist attack and President Donald Trump’s second impeachment. We also had just passed 500,000 COVID-19 deaths and exceeded the number of Americans who died in World War I and World War II combined. Oh, and it was Black History Month — not exactly the right time of year for a white guy from Tennessee to be heard saying “take care of this p——ass n—” in video caught by his neighbors and published on TMZ.

But here we are, less than a year later. Wallen was not only back on the Grand Ole Opry stage last Saturday night but also managed to become just the fourth artist to hit No. 1 on Billboard’s Hot Country Songs and Hot R&B/Hip-Hop Songs charts. In fact, “Broadway Girls,” his collaboration with Lil Durk, debuted at the top of the latter chart. The video for it features the two in a bar filled with women dancing seductively, including Black women giving Wallen plenty of attention.

I wonder if Paula Deen is somewhere thinking, “Damn, that’s all I needed to do?” The celebrity chef had many business deals canceled, including with the Food Network, after her dalliances with the N-word were made public in 2013, and she still hasn’t fully recovered. Nearly a decade went by before Mel Gibson was being nominated for Oscars again after his antisemitic, homophobic and racist rants went public. No such timeout for Wallen.

He managed to top even the hip-hop chart less than a year after his public shaming. Not that he spent the meantime in the doghouse. A recent NPR headline read in part: “Morgan Wallen and Adele topped music sales in 2021.” That’s right, he ascended to Adele-level sales after the incident.

Seems like the old crisis-management playbook still has some juice left to it.

How many times have we seen a beleaguered figure issue an apology that includes something about a mind-altering substance, maybe talking about plans to meet with leaders of whatever community they’ve offended, perhaps pledging a donation, then hoping for the best?

Remember when Roseanne Barr hilariously blamed Ambien for her racist tweets in 2018? Would you believe Lafayette, La., City Court Judge Michelle Odinet tried something similar just a couple of weeks ago by blaming a sedative for her racist rant that was caught on tape?

That tactic usually doesn’t work, but for Wallen, it didn’t just work — it accelerated the recovery process to lightning speed.

A couple of days after the video leaked, Wallen posted an apology on Instagram in which he said: “The video you saw was me on hour 72 of 72 of a bender” and “I also accepted some invitations from some amazing Black organizations.”

He then went on “Good Morning America” in July and told Michael Strahan: “We got to a number somewhere around $500,000, and we decided to donate that money to some organizations, BMAC being the first one.” The Black Music Action Coalition told Rolling Stone in September that Wallen’s support was not close to that number. The magazine said it reached out to 56 other Black-led or Black-founded charities across the country and found they hadn’t received a dime from him.

Like that great Jerry Seinfeld joke about “taking a reservation” versus “holding a reservation,” one doesn’t actually have to keep a pledge to get positive media coverage from it, just make a showy promise. Not unlike the way the Grand Ole Opry pledged to fight discrimination back in 2020, in the wake of the George Floyd murder, stating in a public letter: “Racism is real. It is unacceptable. And it has no place at our company, in our hotels or on our stages.”

If I were a Black country artist, I wouldn’t know what to think. The Twitter account for the Grand Ole Opry promoted Wallen’s appearance with the word “surprise,” as if he had come out of retirement. But can anyone be upset with the Grand Ole Opry when Lil Durk said he vouches for him? Or when the song Wallen does with Lil Durk went to No. 1 on the chart that tracks music closely related to the Black community? Not that the Black community is monolithic or that white country artists didn’t speak out against Wallen’s appearance.

While “Broadway Girls” is still in the top 10 for R&B/hip-hop three weeks after its release, Lil Durk is nowhere to be found on the country chart. However, Wallen is, with the song “Sand in My Boots.” It’s a good tune with lyrics about doing tequila shots and drinking whiskey. Sounds like a bender.

Clearly, Wallen played his redemption tour perfectly. I just hope the rest of us didn’t get played.

LZ Granderson is an Op-Ed columnist for the Los Angeles Times.