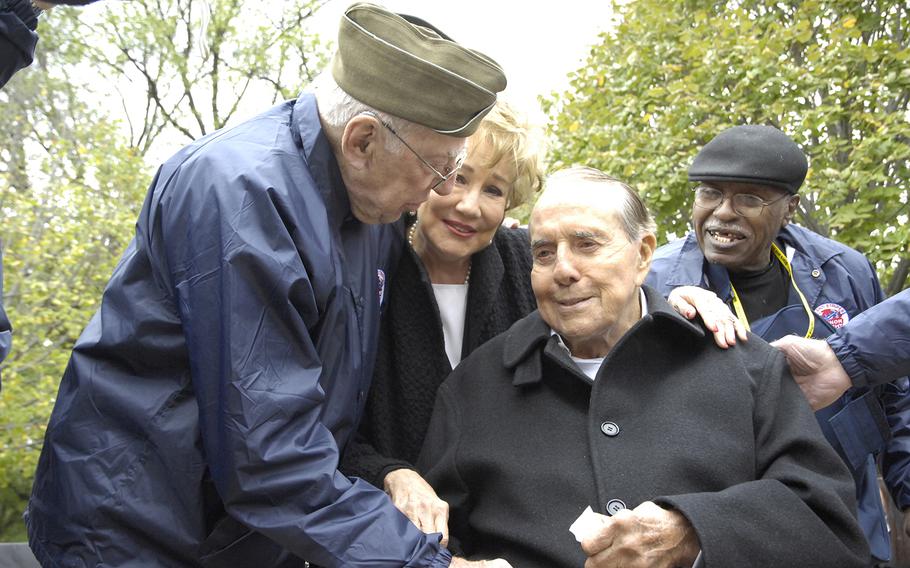 Last month our nation paid tribute to the late Sen. Bob Dole. Wounded in World War II, Dole went on to serve nearly 36 years in Congress and was the Senate GOP leader for more than a decade. Without question, he was one of America’s most impactful politicians with an admirable legacy of service to our nation.

However, perhaps his greatest contribution to American society was Dole’s integral role in helping to get the National World War II Memorial built on the National Mall in Washington.

The Memorial honors the 16 million who served in the armed forces of the U.S. during World War II, the more than 400,000 who died, and the millions who supported the war effort from home. It is a place Dole was often at on Saturdays greeting World War II veterans, many of them on Honor Flights making their first visit to the Memorial.

Symbolic of the defining event of the 20th century, the Memorial is a monument to the spirit, sacrifice and commitment of the American people to the common defense of the nation and to the broader causes of peace and freedom from tyranny throughout the world. It inspires future generations of Americans, deepening their appreciation of what the World War II generation accomplished in securing freedom and democracy.

The Memorial opened in 2004 — due in large part to Dole’s strong efforts. Unfortunately, it is now in need of critical repairs and maintenance. The National Park Service, which oversees the maintenance of the Memorial, has an estimated $12 billion capital backlog — approximately $1 billion allocated for the National Mall alone.

Sens. Mike Rounds, R-S.D., and Jeanne Shaheen, D-N.H., introduced a bill in the U.S. Senate last year, the Greatest Generation Memorial Act, a bill to authorize the U.S. Treasury to mint coins in 2023 in commemoration of the National World War II Memorial. Proceeds from the sale of the commemorative coins will be used to maintain and repair the Memorial, as well as for commemorative and educational programming. Thankfully, a companion bill in the U.S. House, introduced by the “Mother of the World War II Memorial,” Rep. Marcy Kaptur, D-Ohio, already has 299 cosponsors and will be considered for a vote within the next couple of weeks.

The commemorative coin will serve as an important representation of the brave Americans like Dole who fought to defend the nation and advance peace and freedom throughout the world. The legislation ensures that the World War II Memorial will be properly and appropriately maintained and that the commemorative and educational programming at the Memorial remains robust and substantial.

The U.S. House of Representatives and the U.S. Senate should quickly pass this legislation so the Memorial can stand the test of time and educational programming and commemorative events at the Memorial will continue so our younger generations understand the lessons of yesterday with the goal of uniting together today and tomorrow.

In his final message to his fellow Americans, Bob Dole asked that we continue, in his stead, to faithfully visit the National World War II Memorial and to always remember the service and sacrifices of his generation and all who have served our country throughout our nation’s history. I hope that we all respond earnestly to his request. No matter where we may be, let’s unite to remember and honor those who have worn the uniform of the U.S. armed forces, especially the 16-million-strong men and women who fought authoritarianism, fascism and racism to bring freedom to millions around the globe during the greatest conflict in human history. And I can’t think of a better way for Congress to honor the memory of Bob Dole than by passing the Greatest Generation Memorial Act.

Josiah Bunting III is chairman of the Friends of the National World War II Memorial in Washington and former superintendent of the Virginia Military Institute.