Don’t despair about US democracy - fix it 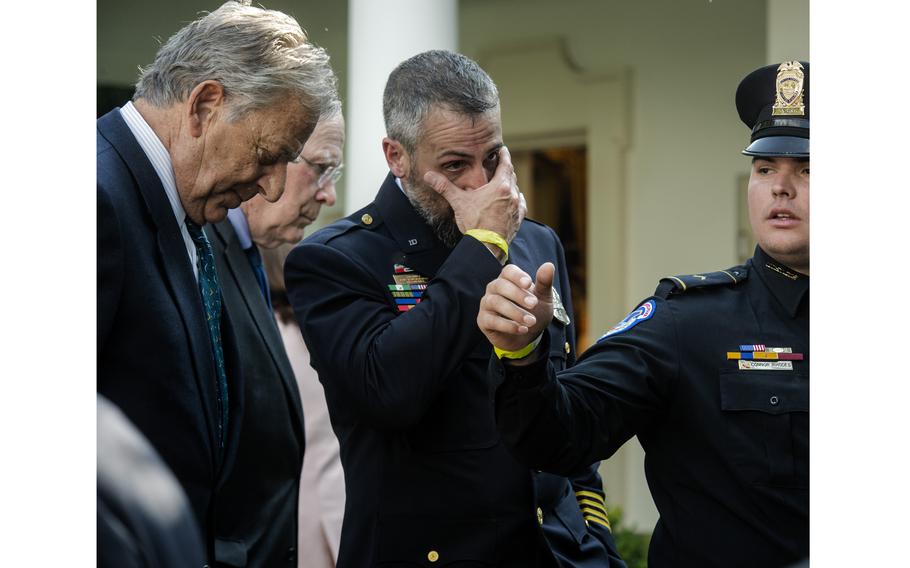 Last week, I promised a bit of optimism about U.S. democracy given the very real threats the republic is facing. I’ll repeat that no one should dismiss those threats. But the defeat of democracy is hardly a done deal.

To begin with, imperfect democracy survived 2020, and as serious as the setbacks have been (and yes, the loss of the Voting Rights Act is a big deal), it’s still possible to overstate the overall retreat that’s happened. We haven’t returned to 1960 or 1910 or 1860, and it isn’t particularly close. Nor is the movement all in the same direction. For one example, the diversity of elected and unelected government officials in the U.S. isn’t just better than it was in 1960 or 1970; it’s significantly better than it was 20 years ago and continues to improve. For another, many of the efforts to make it more difficult to vote are in turn rollbacks of laws passed in the last 25 years to make it easier.

I’ll give you one more: The Bright Line Watch survey finds that both Democratic and Republican voters underestimate the other party’s support for democracy. That can be dangerous, since it can lead to pre-emptive attacks on the system to prevent the other side from acting first. But it also means that we’re not dealing with a system in which deep antidemocratic sentiment is entrenched among the rank and file.

It’s not just voters. If the biggest threat is antidemocratic sentiment among Republican party actors, and particularly former President Donald Trump and his allies, then we also have to remember that Trump’s attempt to overturn the 2020 election was unsuccessful in large part because Republicans refused to go along. In state after state, election officials insisted on reporting the real results. Republican-majority legislatures refused to send alternate slates of electors to Congress. Vice President Mike Pence declined to participate in Trump’s plotting.

To be sure: We can never be certain whether those who refused to go along might’ve chosen otherwise had the election been just a little closer. But it’s also possible that most of the Republicans in the House and Senate who voted against the lawful results on Jan. 6 were merely making a symbolic statement, and would’ve backed off if they thought they could actually overturn the results.

There’s another point to be made here about Republicans who resisted Trump last winter. For the most part, folks such as Georgia Governor Brian Kemp and Secretary of State Brad Raffensperger were squarely in the mainstream of their party right up until Trump pushed them to betray their oaths of office. (Kemp was mostly known nationally for efforts to make it harder to vote.) But they and other Republicans seemed to see a clear line between shifting the law to their benefit and ignoring the law altogether.

It’s possible that while some Trump-aligned Republicans are ready to do anything for him, others believe in the rule of law and, once in office, will see things differently than they do now. That may not be entirely comforting. But U.S. history offers many examples of marginal shifts in the rules of the game to favor one party or group or person. As long as it doesn’t go too far, the result can be a muddling-through kind of democracy.

The point of all this is that despair is the wrong reaction to the current situation. The risks are real, but they’re only risks, and there are entirely plausible off-ramps. Moreover, moving farther away from a healthy republic will require making choices, on the individual and collective levels, not just ambling along. That means decisions can be made differently; political action can still still change the results.

It’s true that if we muddle through with the same institutions, the same risks could recur. That’s the nature of politics. People choose, and may choose poorly. But as long as the republic still stands, citizens still have the opportunity to decide wisely, and to opt for a system that keeps future collective choice meaningful.

Jonathan Bernstein is a Bloomberg Opinion columnist covering politics and policy. He taught political science at the University of Texas at San Antonio and DePauw University and wrote A Plain Blog About Politics.