What have we learned from 20 years of war? 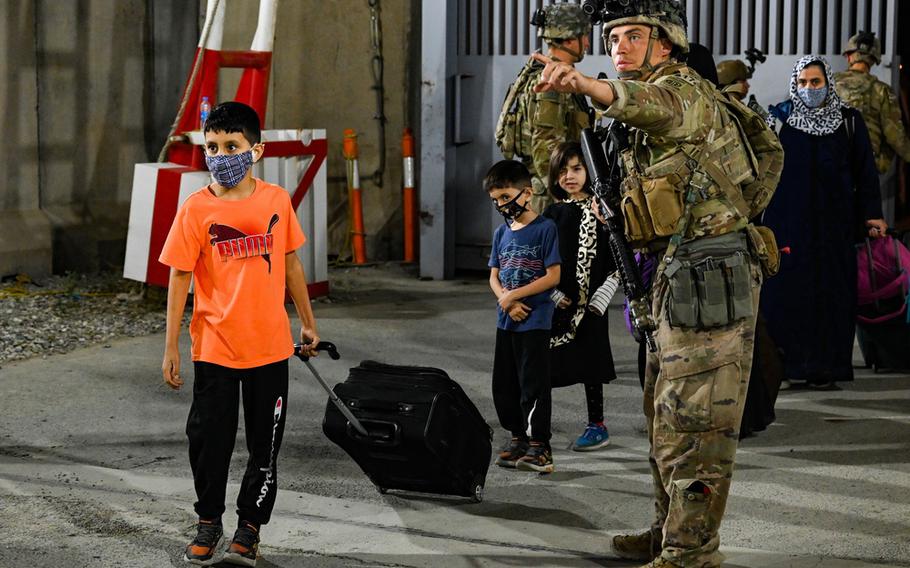 As we seek to limit the damage triggered by the U.S. military withdrawal from Afghanistan, we must not forget the damage caused by 20 years of war. There is no way to conduct war humanely or to exit war gracefully. Let’s not compound the harm by replacing U.S. troops in Afghanistan with “over the horizon” violence against Afghanistan. (US Central Command Public Affairs)

What have we learned from 20 years of war?

Twenty years ago the United States entered a new and unparalleled age of war. After a group of 19 hijackers, most from Saudi Arabia, overtook four airplanes and killed almost 3,000 people from 78 countries in suicide attacks, the United States launched a war in Afghanistan. Initially the U.S. response focused on al-Qaida, the group then based in Afghanistan that organized this act of terror, but the war soon expanded both in rhetoric and in fact to become a murky endeavor with global reach against the broader concept of “terror.” The militarized U.S. response was a sharp break from longstanding precedent, under which perpetrators – such as the al-Qaida affiliates who had bombed the World Trade Center eight years earlier, killing six and wounding more than 1,000 – were brought to justice in civilian courts.

Within three days of the attack, Congress passed a broad authorization for the president to use force against those who planned, authorized, committed, or aided the attacks, without naming the groups, identifying the objective of the new war, or setting time or geographic limits. In the years since, four presidents have used that authority to conduct combat operations in at least seven countries, in some cases against groups that did not exist on 9/11. Congress likely would have been surprised in 2001 to learn that the resolution it passed would be stretched to justify U.S. military action in Syria, Kenya, Nigeria, Mali, Somalia, Yemen and beyond by the year 2021. These operations have claimed nearly a million lives and counting.

In light of the heartbreaking scenes in Afghanistan, where so many of the women leaders, human rights activists, journalists, members of minority groups, and those who helped U.S. aid workers, diplomats and soldiers are now in grave danger, it is time to examine the legacy of these decades of war. It is clear that nearly 20 years of U.S. military occupation did not bring peace to Afghanistan or make Americans safer. What lessons can we draw from all this bloodshed and destruction?

First, war is never the answer. The world’s most pressing problems -- including terrorism -- do not have military solutions, and large-scale violence cannot lead to sustainable peace. U.S. bombings, drone wars and targeted assassinations have instead made the problem worse, not only by killing thousands of innocent civilians, but also by creating new grievances and setting off cycles of retribution. Weapons sold by the United States all too often have been used to violate human rights or have ended up in the wrong hands. Foreign militaries that the United States has trained and equipped have turned against their own people and civilian leaders. Only through the careful, patient work of diplomacy with all local, regional and international stakeholders – including women and civil society groups – can just and durable solutions be reached and root causes of violence be addressed.

Second, it is much easier to get into wars than to get out of them. Our Constitution gives Congress the responsibility to decide whether and when the United States goes to war, but Congress by and large has ceded this authority to the president by leaving vague and outdated force authorizations on the books, ripe for abuse. It is time for the legislative branch to reclaim its power by repealing the 2001 Authorization for Use of Military Force as well as the 2002 AUMF, which provided the basis for war against the Saddam Hussein regime in Iraq. At the same time, citizens must press their elected representatives to recognize the gravity of these decisions, taking the time to debate the alternatives and consider the consequences before putting more lives at risk. As the sole member of Congress to vote against the 2001 AUMF, Rep. Barbara Lee pleaded with her colleagues to “step back for a moment, let’s just pause, just for a minute, and think through the implications of our actions today, so that this does not spiral out of control.” Her pleas were ignored, and Congress decided in three days to launch a war that lasted 20 years.

Third, the endless wars are harming all of us. The post-9/11 wars have killed over 387,000 civilians, forced 38 million people to flee their homes, and cost American taxpayers over $8 trillion, according to the Brown University Costs of War project. They have resulted in severe violations of human rights and civil liberties, at home and abroad, and fed global corruption. They have led to the demonization of Arabs and Muslims and contributed to rising violence against Black and brown communities. They have poisoned land, air and water and contributed significantly to the climate crisis. And they have caused unrelenting trauma not only to generations of people across North Africa and Southwest Asia, but also to thousands of U.S. service members and their families. Over 30,000 active military personnel and veterans of the post-9/11 wars have committed suicide – more than four times the number who died in fighting.

As we seek to limit the damage triggered by the U.S. military withdrawal from Afghanistan, we must not forget the damage caused by 20 years of war. There is no way to conduct war humanely or to exit war gracefully. Let’s not compound the harm by replacing U.S. troops in Afghanistan with “over the horizon” violence against Afghanistan.

Diana Ohlbaum is senior strategist and legislative director for foreign policy at the Friends Committee on National Legislation, and a former professional staff member of the House Foreign Affairs and Senate Foreign Relations committees