Afghan refugees are no economic threat to Americans

As the Taliban reconquer Afghanistan in the wake of the U.S. withdrawal, the U.S. has a moral obligation to allow in refugees. Many Afghans worked for the U.S. during the occupation, often risking their lives to do so; they’ve earned the right to a safe home in the country they chose to support. Opponents of immigration will marshal many arguments for keeping them out, including economic ones. But letting in Afghan refugees poses no danger to the livelihoods of Americans.

One economic worry is that refugees take American jobs; after all, Afghans living in America will need to find work. But the number of jobs in the world is not fixed; when you add more people to a country, and they start doing work, it means more jobs have been created. Employers simply find new things for the new people to do. Even if an immigrant does take a native-born person’s job, employers will find something new for the displaced native-born worker to do — often for a higher salary.

In fact, no immigration is required in order for this magic to happen; as the U.S. population grows, so does total employment, regardless of whether the population increase comes from new entrants or natural births. Immigrants are simply babies from elsewhere.

Economic evidence bears this out. There has been no shortage of refugee waves in the past few decades. Each time a bunch of refugees moves to a new country, economists can study the effect on the local labor market. And each time, they keep finding no deleterious effect. Whether it’s Iraqi refugees in Sweden, Syrian refugees in Turkey, Middle Eastern refugees in Denmark, Cuban refugees in the U.S., or any number of other similar situations, economists just keep finding no employment penalty for the native-born. Nor do wages suffer.

This doesn’t mean, of course, that the refugees themselves will automatically flourish. Unlike immigrants who come here under the normal employment-based and family-based systems, refugees tend to come to the U.S. without much money or many existing networks. But despite these handicaps, studies show that refugees tend to do well. For example, a 2004 study by economist Kalena Cortes found that though refugees start out at a greater disadvantage than other immigrants, their labor market outcomes 10 to 15 years later are actually better. Scholars who have tracked refugees across time find that they tend to do what’s needed to move up in the world — get an education, learn English, and so on. They work in a variety of industries, and start more than their share of businesses.

That economic success means that refugees are generally not going to be a drain on public coffers. Besides employment and wages, the other big economic fear is that refugees will require a lot of welfare services, which will have to come out of the pocket of the taxpaying public. Studies that follow refugees for decades have shown that on average, they pay back in taxes what they take out in government services after only eight years. Over 20 years, they tend to contribute tens of thousands of dollars more than they use. That means that instead of being a fiscal drain, Afghan refugees are likely to relieve pressure on public finances.

One final concern is crime. If refugees tend to be a violent bunch, then that will impose substantial costs on any town that takes them in. In fact, there’s evidence that asylum-seekers who are exposed to mass killing in their countries of origin tend to commit more violent crime later in life relative to those who escape those scarring experiences. But overall, the evidence is that refugees don’t affect crime rates in general. When former President Donald Trump halted refugee resettlement in 2017, it did nothing to bring down national crime rates. And the American towns that experience the biggest refugee influxes tend to see big drops in crime. So though some refugees will inevitably commit crimes, overall they probably make the country safer.

Now, it’s important to note that refugees aren’t all homogeneous — some groups will do better than others. But there’s no reason to suspect that Afghan refugees will be worse than other groups on any of these counts, especially because many of the people who come will have skills that made the U.S. want to employ them during the occupation.

So the people who want to abandon America’s allies to take their chances under the Taliban have no economic arguments on their side. 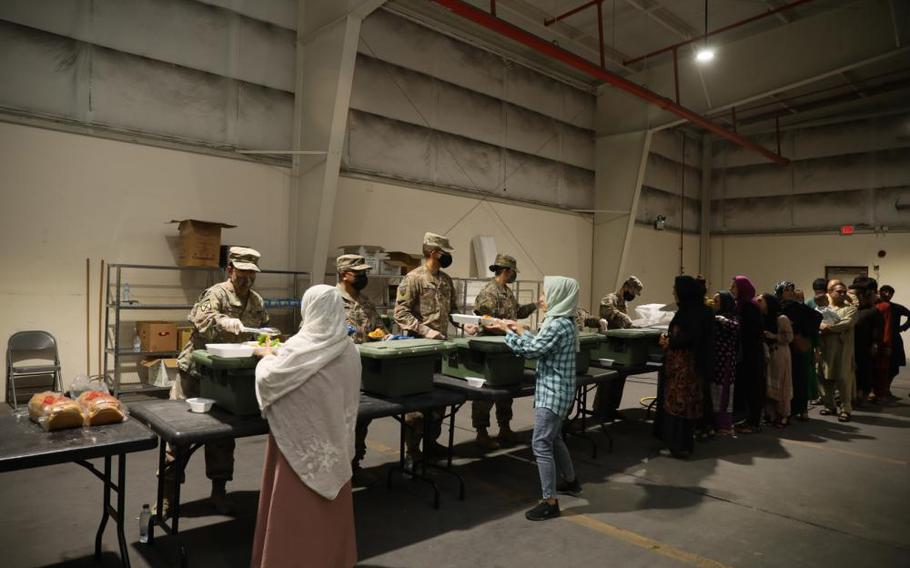