Iran’s new president takes office Thursday amid a cacophony of demands from his countrymen: some for water, others for better salaries and all for COVID-19 vaccines. But even if Ebrahim Raisi hears these pleas, he will not heed them.

Throughout his long climb up the ranks of the Islamic Republic, Raisi has only ever listened to one voice — that of Supreme Leader Ali Khamenei. This won’t change with his elevation to the presidency, the latest of a long string of promotions the hard-line cleric has received by the courtesy of his master.

Raisi only won the presidency, in his second attempt, because Khamenei fixed the contest in his favor. First, the Guardian Council — the powerful constitutional body directly appointed by the Supreme Leader and charged with vetting elections — disqualified much more popular aspirants. Then, other hard-liners who did qualify pulled out of the race, very likely at Khamenei’s bidding.

Even by Iranian standards, this was a transparent manipulation of the election process, and voters demonstrated their dissatisfaction by boycotting the charade. For the first time in the history of the Islamic Republic, the turnout dipped below 50%. Among those who did vote, a record number — 12% of the total — voided their ballots in a clear sign of protest.

This leaves Raisi with little political legitimacy of his own, and therefore even more beholden to Khamenei. That has ever been the nature of the relationship between the two cleric-politicians, and the leitmotif of Raisi’s career over four decades.

It was during Khamenei’s own presidential turn that Raisi was plucked out of obscurity as a young cleric and appointed a prosecutor. In 1988, he was part of a four-man death panel that ordered the execution of tens of thousands of political prisoners. The following year, Khamenei was elevated to Supreme Leader. He continued to give occasional religious lectures and Raisi became one of his students.

By the start of the 2000s, Raisi was one of Khamenei’s protégés, and his career hit the fast track. He was made deputy chief justice and was elected to the Assembly of Experts, the country’s most powerful body of Islamic jurists. In 2014, Khamenei would name him attorney general in 2014, and two years later, custodian of the country’s richest religious foundation, a high-profile political platform. When Raisi’s first run at the presidency in 2017 failed, Khamenei gave him a consolation prize as head of the judiciary. It is widely assumed in Iran that Raisi is Khamenei’s heir-apparent, and that the presidency is merely a springboard to supreme leadership.

There is no doubt that the two men share a political worldview. Like Khamenei, Raisi is an arch-conservative, set foursquare against any meaningful reform in the Islamic Republic. They are both paranoid about the intentions of the wider world, and especially of the U.S. The new president’s hostility toward the West will likely be amplified as his ascension will bring more scrutiny of his role in the executions of the late ‘80s.

Raisi also subscribes to Khamenei’s notion of a “resistance economy,” believing self-sufficiency in all things is the best protection against the predatory West. Like Khamenei, then, Raisi wants the U.S. to ease economic sanctions imposed on Iran by the Trump administration — mainly because this would give his government access to frozen assets and to foreign markets for Iranian oil and gas. But, unlike the outgoing President Hassan Rouhani, he has no enthusiasm for foreign investment, much less for multinational corporations setting up shop in Iran.

As well as sharing Khamenei’s knee-jerk suspicion of foreigners, Raisi has no tolerance for Iranians who want more for their country and from their government. In the 32 years he has been supreme leader, Khamenei has never once bowed to the demands of his subjects, whether for political freedom or economic opportunity. When he has felt pressured, he has responded by unleashing the security forces to kill or jail dissenters or demonstrators.

In his new job, Raisi will be required to execute the repression that, in his previous roles, he endorsed and enabled. Khamenei knows he can rely on the new president to hang on to his every word. Iranians, on the other hand, should expect a deaf ear.

Bloomberg Opinion columnist Bobby Ghosh writes on foreign affairs, with a special focus on the Middle East and Africa. 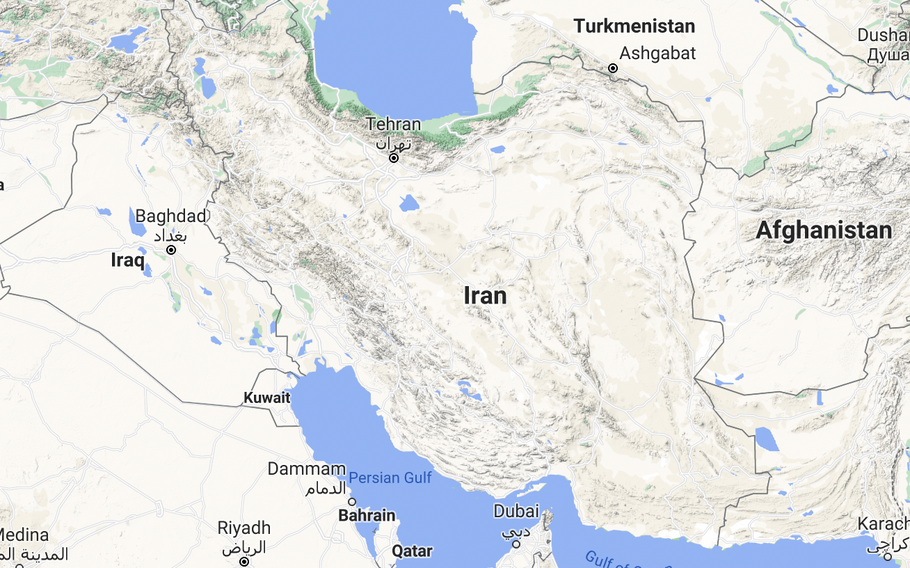