Why US should combat China’s influence in Africa

For decades, communist China has been wielding its influence in African countries, establishing strong financial interests and working to convince growing nations that its authoritarian communism is a better form of government than democratic models of individual liberty and economic freedom.

While not a typical kitchen-table issue for Americans, China’s stronghold on Africa poses serious national security and economic problems for the American people and human rights issues for many Africans. That’s why our elected leaders need to be taking immediate steps to reverse this course.

U.S. taxpayers are by far the largest contributors of humanitarian aid to the African continent, and private American philanthropic aid is enormous. Yet the Chinese Communist Party’s influence means that many African rulers side with Beijing over Washington on key strategic issues in places like the United Nations — from glossing over human rights abuses to preventing a thorough investigation of the causes of the coronavirus outbreak.

China’s influence takes several forms. First, African nations have long needed to develop their infrastructure, including roads, buildings, and communications networks, and China is sometimes the only willing lender. That also means that Chinese state-owned companies have been the main entities doing the building.

But things get pretty nefarious after that. China has built extravagant palaces and government buildings for free in many poor countries to gain even more influence with government officials. Burundi, the world’s fifth least-developed country, got a new $22 million presidential palace. Zimbabwe is about to get a $100 million parliament building. Liberia got $66 million in new government buildings. All this money spent in some of the world’s poorest countries didn’t help struggling citizens one iota.

Beijing also helps many African leaders maintain their hold on power. Those leaders often direct China’s “no-strings-attached” aid to their own birth regions, to Cabinet officials, or to other places that will ensure they stay in power.

What problems does this pose for the U.S.?

From a national security perspective, China is our primary global adversary, and it uses its influence over African nations to constantly undermine democracy and spread the poison of authoritarianism.

America and the entire world are safer when the planet is populated with democracies, because democracies don’t go to war with one another. Moreover, the U.S. military is constantly on guard against Chinese aggression in the Pacific. With Africa’s huge Atlantic coastline, it would be considerably more dangerous if China developed a base of operations in the Atlantic as well.

From an economic perspective, Africa has abundant natural resources that the rest of the world needs, and China has considerable influence over the export of these resources to other nations. For example, minerals such as cobalt and manganese are critical to the manufacture of many advanced technologies. Chinese companies dominate the global supply chain of cobalt, especially in Africa. If the Chinese government sees a strategic advantage in doing so, it may try to cut off the U.S. and the rest of the world.

From a human rights perspective, the Chinese Communist Party supports leaders who keep their people under their thumb by working with them when others won’t. It encourages some of the continent’s most brutal dictators to maintain their authoritarian governments. Not only does China prop up these authoritarian dictators, Chinese companies also have notoriously poor labor standards in Africa and have little regard for workers’ welfare.

China’s outsize influence also means that many African leaders are consistent supporters of China’s agenda. Many of Africa’s 54 nations vote with China at the U.N., including voting for China’s chosen candidates to run U.N. agencies (like the World Health Organization). Chinese candidates at global rule-making bodies help China champion its preferred standards for emerging fields, especially in tech. If Beijing is successful, it will lock in standards that advantage its own companies in fields that will shape the global economy for decades to come.

African nations also comprised almost half of the signatories of a 2019 letter defending China’s human rights abuses of its Uyghur Muslim population. And building momentum at the U.N. for holding China accountable for its lack of transparency over the coronavirus outbreak will be difficult.

For these reasons and more, it’s critical that the United States counter China’s influence in Africa. Senior U.S. officials should be regularly engaging with many African countries, negotiating free trade agreements that benefit both the American people and the citizens of these nations, and encouraging investment from U.S. companies interested in Africa.

The U.S. must also promote the fact that individual liberty and economic freedom are what brought much of the world out of the desperate poverty we witnessed just decades ago, and they are proven antidotes to the oppression and poverty that plague some African nations today.

Doing these things doesn’t just serve the American interest, it serves the people of Africa; and the emergence of more democratically led nations in Africa serves the interest of a more peaceful, more prosperous and more stable world.

Kay C. James is the president of The Heritage Foundation. 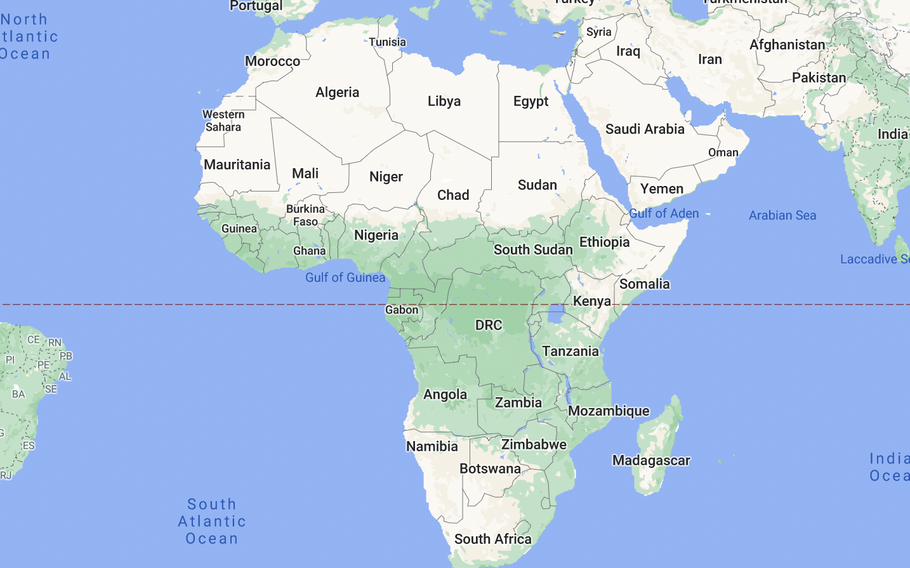