The warrior problem and the American veteran 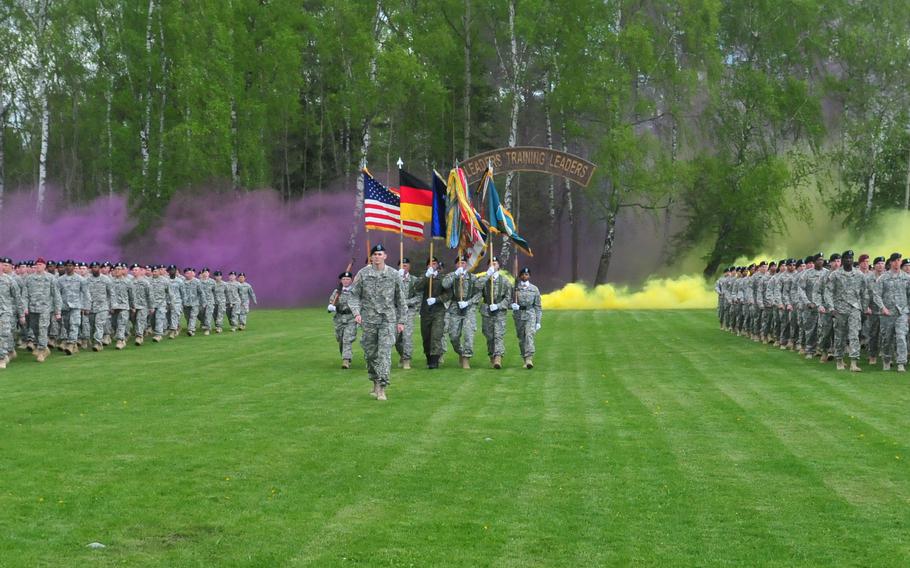 The 7th Army Noncommissioned Officer Academy's Warrior Leader Course participants march out of the wood lines through purple and yellow smoke at Camp Normandy field in in Grafenwoehr, Germany, on May 7, 2015. (Chenelle Brady/U.S. Army)

When my friends and I first heard that the Army was changing the clunky but descriptive “Primary Leadership Development Course” to “Warrior Leader Course,” we chuckled, but thought nothing of it. We made fun of a new phrase circulating the Army, too. Drill sergeants had taken to calling everyone “warrior,” and “Hey warrior” became an almost universal joke for how ridiculous the Army can be at times. Looking back, it’s easy to see the slow cultural change that was afoot, helping craft and solidify a burgeoning warrior caste in the United States.

As a recent piece in Foreign Policy highlights, the Department of Defense has a warrior identity problem. Pardoned war criminal Eddie Gallagher’s new book highlights this issue. A founding principle of the United States is the idea of the citizen-soldier who picked up arms to defend the community and laid them down when the fighting was over to return to a humble life. In contrast to this ideal, warrior classes rarely integrate well into the societies they protect. They are, by definition, separate. Cincinnatus served as the founders’ exemplar of the citizen-soldier ideal, and who George Washington was surely thinking of when he affirmed that “When we assumed the Soldier, we did not lay aside the Citizen.”

The use of the term “warrior” has had detrimental effects on the post 9/11 military, as the burden of the wars has fallen on an ever-smaller segment of the population. Less than 1% of the overall population serve in the military, giving way to a veritable “warrior caste” within the United States. Meanwhile, thankful civilians who might feel a tinge of guilt overwhelm the veteran with thousands of “thank you for your service” expressions and free Applebee’s. Add these platitudes to a culture wherein service members are imbued with a “warrior” mentality and “sheepdog” outlook as separate protectors, and it’s no wonder that when soldiers leave the Army, they have difficulty finding their place in society. Often, veterans act as though they are better than the greater American community, or at least isolated and alienated.

For better and often worse, a sort of “warriorization” has become an integral part of military culture. When the Army instituted its Warrior Ethos initiative in 2003, it entered a quandary — placing the competing ideas of a “warrior” side by side with being a “member of a team.” This has precipitated a slow, subtle shift in the way the Army presents itself, and has thus separated itself from society. Privates in Basic Training were referred to as warriors, and in the latest move, the venerable Chow Hall is now known as a Warrior Restaurant.

There are, however, some glimmers of progress. After Primary Leadership Development Course was renamed the Warrior Leader Course in 2005, it has since been changed to the Basic Leader Course — a small step in the right direction. The name change accompanied a redesigned curriculum designed to prepare junior leaders for asymmetric warfare — not something “warriors” typically fight. In another recent move, Warrior Transition Units that help wounded and injured soldiers navigate the complex Army medical system have been rechristened Soldier Recovery Units.

Transition is tricky enough with the humblest of attitudes in benign settings. Leaving one of the most parochial institutions in the world makes transition a monumental task. It’s no wonder that in one survey of transition woes, “culture shock” was the most mentioned challenge. The military does a great job preparing people for war, but a terrible one preparing service members find meaningful lives after their service.

The civilian-military divide has further amplified the idea of a separate warrior caste. Rather than work together to reintegrate, veterans are alienated and their transition hindered by a citizenry that places veterans’ military service on a pedestal instead of sharing in the burden. Because the American people revere the military, but disengage from the hard questions of war’s purpose, transition and trauma, the divide widens.

There is a crisis of sorts in the American veteran community. Thousands of veterans experience “transition stress.” Veterans struggle with identity and connection to those around them. It is difficult, if not impossible, for veterans to find an equitable sense of purpose in their civilian lives. That difficulty often leads to intense existential crises when the veteran leaves service. To avoid this transition stress, many veterans find solace in like-minded groups that perpetuate the isolation, inculcating the veteran from the community. This isolation is self-reinforcing and can intensify transition stress. Recent research has shown that the emergence of an American “warrior caste” has increased feelings of isolation, unequal burden-sharing, and a sense of superiority among veterans.

Dropping the warrior narrative and realizing that those who fight in a democratic republic such as the United States should expect to rejoin civilian life, take off the uniform, and return to their communities is essential to long-term societal health. Rather than isolating the service member and the veteran from society through emulating Spartan warriors, the Army should instill in its members the idea that they, too, are part of a long-standing citizen-soldier tradition. The Army, after all, is full of soldiers charged with upholding and defending the constitution of the United States — a microcosm of American society. It is not full of individual warriors fighting for personal gain.