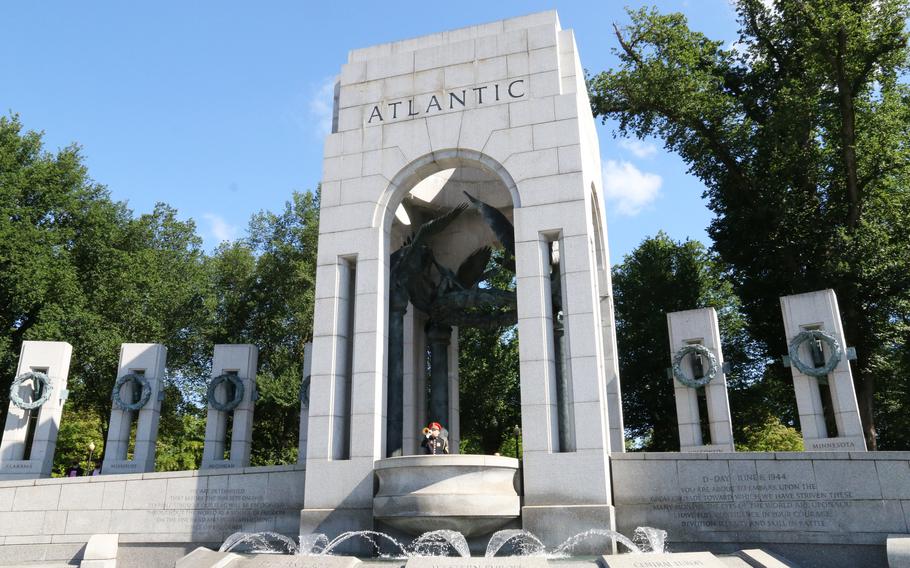 Buy Photo
A bugler plays taps during a Memorial Day ceremony at the National World War II Memorial in Washington, D.C., May 31, 2021. (Joe Gromelski/Stars and Stripes)

As we navigate the second year of the COVID-19 pandemic, life for all Americans is vastly different now than it was this time a year ago. We have dramatically upended nearly every aspect of our lives — work, school, family gatherings, and everything in between. For those of us considered “elderly,” this past year and a half has been particularly trying.

At 103 years young, I can remember when our country was unified, had shared values, and came together for a common goal. That time was during World War II when I proudly served in Women’s Army Corps. The World War II generation, which included all Americans — those serving on the battlefront and the home front — had a binding and enduring commitment in the face of authoritarianism and fascism. We were united as a country in our goal of defeating those great evils.

Thinking about our country then and now, I am reminded of the National World War II Memorial in Washington. The Memorial honors the 16 million who served in the U.S. armed forces during World War II, the more than 400,000 who died, and the millions who supported the war effort from home. Symbolic of the defining event of the 20th century, the Memorial is a monument to the spirit, sacrifice and commitment of the American people to the common defense of the nation and to peace and freedom from tyranny throughout the world.

The commemorative coin would serve as an important representation of the brave Americans who fought to defend the nation and advance peace and freedom throughout the world. The legislation ensures that the World War II Memorial will be properly maintained, and that the commemorative and educational programs at the Memorial will remain robust and substantial. Two hundred fourteen members of the House of Representatives have co-sponsored the legislation, and at least 290 are needed for it to come up for a vote. I applaud those members of the House of Representatives and the Senate who support The Greatest Generation Memorial Act (S. 1596), a Senate companion bill introduced by Sens. Mike Rounds, R-S.D., and Jeanne Shaheen, D-N.H. I hope that all of our Congress members will join together to pass this legislation.

While my generation might not have much time left to visit the Memorial, we must forever teach the lessons of yesterday to unite the generations of tomorrow. The Memorial serves as an important symbol of American national unity, a timeless reminder of the moral strength and awesome power that can flow when a free people are at once united and bonded together in a common and just cause.

Vivian Mildred “Millie” Corbett Bailey is a World War II veteran, having served as a first lieutenant in the Women’s Army Corps. She is a resident of Columbia, Md.