Take it from 2 veterans: Background check should precede every gun sale

As veterans and gun owners, we are both quite comfortable with guns. So, when we met with fellow veterans early last year to discuss gun laws, we convened at a familiar place: a gun range.

A couple dozen veterans gathered at a state-run shooting facility outside Phoenix. Our colleague, a retired Army sergeant major, provided the firearms. We shot a Glock, a revolver, an AR-15 with a suppressor and an AR-15 with a sniper scope and tripod. Before we dove deep on how to pass common-sense laws that will make the country safer, we spent some time with the very firearms we’d be discussing.

As veterans, we know what we’re talking about when it comes to gun safety, and that’s why we believe strongly that the U.S. Senate must pass life-saving, bipartisan background check legislation — a policy backed by roughly 90% of Americans, including the vast majority of Republicans and gun owners.

The Senate could soon debate a bill that would strengthen the existing federal background check laws and close loopholes to keep more guns away from people who legally are barred from having them.

Currently, federal law requires a licensed gun dealer to conduct a background check through the FBI’s database. This is a simple process that almost all gun owners have gone through. Including paperwork, it can take as little as half an hour to complete, and it ensures that the buyer is not prohibited by federal or state law from owning a firearm. However, the law does not require this simple process to be completed by unlicensed sellers, including people who sell guns to strangers they meet online or at gun shows.

As a result of our military experience, we believe wholeheartedly in the three pillars of military gun culture: training, safety and accountability. Moreover, we bear the moral responsibility of ensuring that we never place our guns into the hands of dangerous people. We didn’t do it while serving in the military, and we won’t do it as civilians.

At times, we have both lent our guns to friends or family to shoot at the range or use while hunting. We know who we are lending our guns to and that they are safe and responsible gun users. Neither of us has ever sold a gun to a stranger, partially because we are wary of the system of selling guns online to people we’ve never met.

We live in a digital age, where cars and houses and knickknacks are sold from person-to-person online. Naturally, so are guns. But if either of us was to transfer a firearm to a buyer we met online, we would ensure that the sale be finalized at a federally-licensed firearm dealer, after the seller completes a background check.

Will the law stop all criminals from acquiring guns? Of course not. But it will make it much harder for prohibited purchasers to avoid background checks and it will reduce illegal gun trafficking.

Consider the law like a crosswalk across a busy street. Crosswalks don’t prevent all pedestrian traffic deaths, but they make crossing the street easier to navigate and a lot safer. Whether I am the driver or the pedestrian, I appreciate the peace of mind the crosswalk provides.

Perhaps most importantly, Americans across party lines agree that no gun sale should take place without a background check. That means that every senator, regardless of state or party, serves a constituency that overwhelmingly supports this bill. Therefore, every senator has an obligation to act on behalf of his or her constituency and vote “Yes” on a background check bill that will save lives — that’s how democracy works.

So, as veterans and gun owners, we ask each reader, regardless of political affiliation, to contact your senators and demand that they vote to strengthen our federal background check law to include online and stranger-to-stranger gun sales. 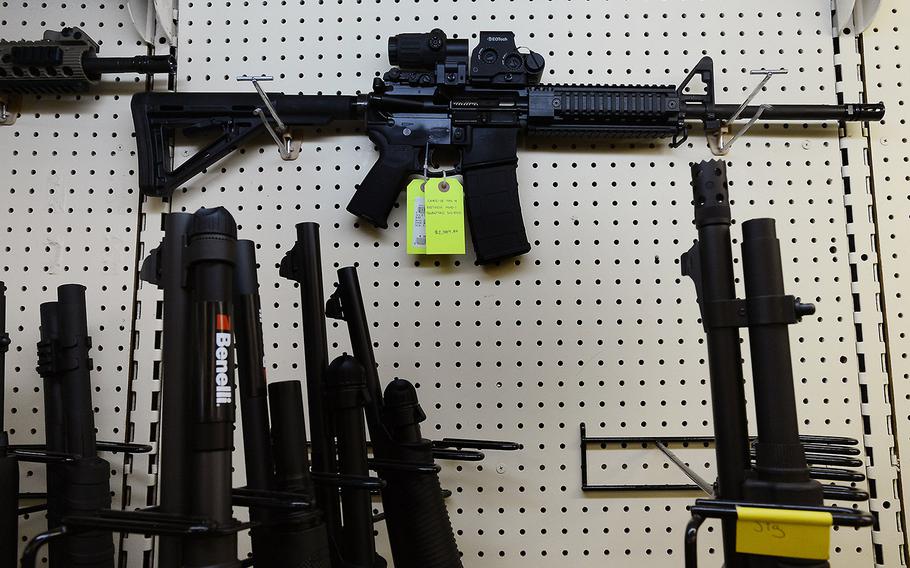