The world’s deadliest war isn’t in Ukraine, but in Ethiopia 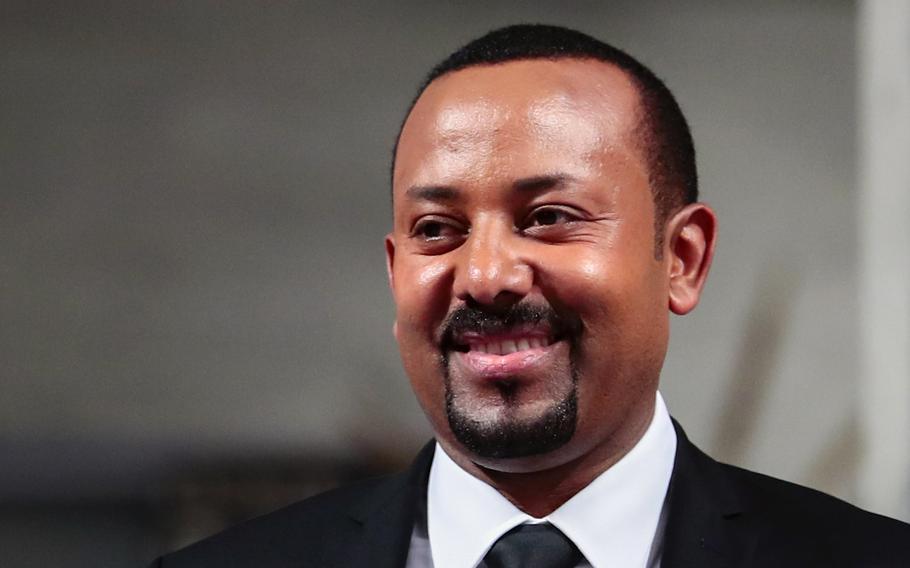 Coming from a Nobel Peace Prize winner, Abiy Ahmed’s call for restraint and diplomacy to end the war in Ukraine might have attracted more attention if the Ethiopian prime minister hadn’t stained his laurels with the blood of his own people. Reports of hideous war crimes committed by his forces and those of his Eritrean allies against civilians in the rebel northern province of Tigray make a mockery of his appeals for nonviolence in other parts of the world.

Russia’s invasion of Ukraine has diverted international attention from conflicts elsewhere, including those in Yemen, Mozambique and Africa’s Sahel, the region just south of the Sahara. In Ethiopia, Africa’s second-most populous nation, a bloody civil war is now in its 16th month. The fighting between Abiy’s forces and the rebel Tigray People’s Liberation Front seems at a standstill, but human-rights groups and multilateral organizations have condemned atrocities on both sides.

Caught in the middle are civilians in the northern province, who now face a calamity that is being likened to horrors of Africa’s - and Ethiopia’s - past: mass starvation and ethnocide. World Health Organization Director-General Tedros Adhanom Ghebreyesus, himself an Ethiopian, says there is “nowhere on earth where the health of millions of people is more under threat” than the Tigray region.

Abiy’s government, which had celebrated Tedros’s elevation to the leadership of the WHO as a matter of national pride, now is trying to tar him because his family has origins in Tigray. But as well as anecdotal evidence, there is a growing body of data to support Tedros’s claim that the province is on the edge of a major humanitarian disaster.

Though the war’s true toll is impossible to know, researchers from Belgium’s Ghent University estimate as many as half a million people have died so far: between 50,000 and 100,000 from the fighting, 150,000 to 200,000 from starvation and more than 100,000 from the lack of medical attention. U.S. Secretary of State Antony Blinken has expressed concern about possible ethnic cleansing in Tigray, but the government in Addis Ababa has dismissed this as “spurious.”

The Tigrayan rebels have been accused of crimes, including murder and rape, against other ethnic groups. But Abiy’s soldiers are blamed for most of the civilian casualties, especially those from starvation and neglect. Government forces are preventing food aid and medicine from reaching Tigray, humanitarian groups say.

And they are no slouches at other kinds of atrocity, including the recent immolation of a Tigrayan man, which even the government-affiliated human rights commission has blamed on Abiy’s forces.

Such outrages are likely to multiply and escalate as the war remains stalemated. Late last year, government troops were able to beat back a rebel advance toward the capital and retake towns on the border with Tigray. The use of military drones, apparently supplied by Turkey, helped turn the tide. (Turkish drones have also helped Ukrainian forces slow the Russian advance.)

While his ground forces seem to have stopped short of an assault on Tigray, where the mountainous terrain has previously proved to be a distinct rebel advantage, Abiy has no qualms about ordering airstrikes that have inflicted heavy civilian casualties. Michelle Bachelet, head of the U.N. Human Rights Commission, says her staff have recorded hundreds of deaths from aerial attacks “apparently carried out by the Ethiopian Air Force.” The government has denied this.

Abiy and the TPLF leadership have both said they are willing to negotiate an end to the civil war, but neither side has demonstrated much flexibility on their demands. The prime minister want the rebels to disarm and accept rule from Addis Ababa, while the TPLF wants greater autonomy for Tigray and an accounting for atrocities committed by Ethiopian and Eritrean forces.

There is little prospect of progress toward reconciliation and peace without more outside pressure. But with the world’s attention focused on Ukraine and Russia, there is every chance that both sides in the Ethiopian civil war will use the stalemate to rearm for still more fighting.

Who can prevent this from happening? The African Union’s attempts at mediation have proved singularly ineffective. The European Union has done little since suspending some budgetary support for Ethiopia early last year. The U.S. has already exerted considerable effort - President Joe Biden has spoken directly with Abiy, his Horn of Africa envoy has traveled to Addis Ababa and his administration has terminated favorable access for Ethiopian goods to the U.S.

The only strategy that hasn’t yet been tried is the imposition of sanctions against the TPLF leadership and top government figures, including Abiy himself. With Tigray on the precipice of a humanitarian catastrophe, it’s time for Biden to signal that option is, at the very least, on the table.