The French connection is strong, which is good for US 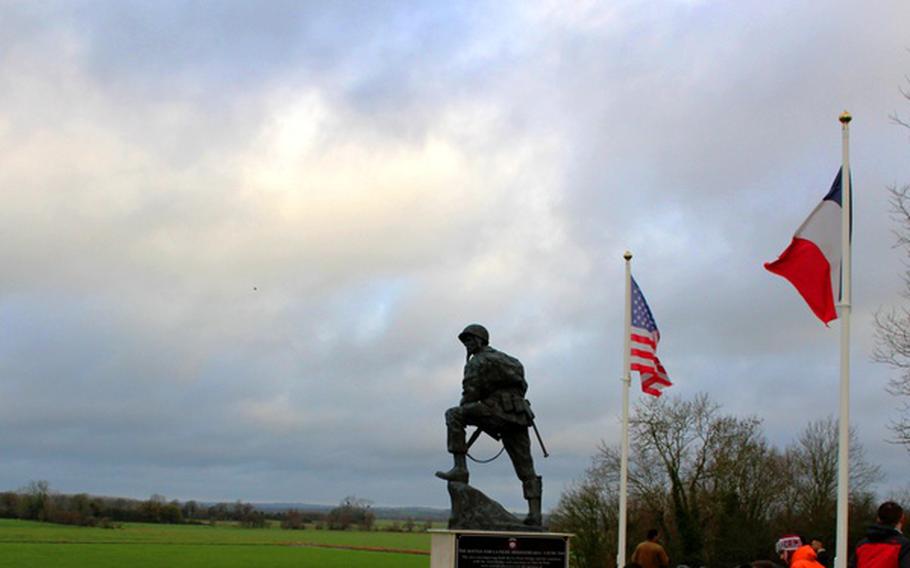 Along with rejoining NATO, the government of France announced financial compensation for people suffering ill health from France’s nuclear tests in the atmosphere. Previously, there was reluctance even to acknowledge significant health risks. (Danielle Rodrigues/Army)

The government of France bitterly denounces Australia’s decision to purchase nuclear submarines from the United States and Britain. One byproduct is cancellation of a sale of French conventional subs to Canberra.

French outrage is not exactly justified. France stands out as a nationalist nation, with special insecurities. In 2015, France agreed to supply two aircraft carriers to Russia. Paris canceled the deal only after sustained pressure from allies.

In 2019, French President Emmanuel Macron issued a dramatic declaration in favor of European independence from NATO, and the United States. Instead, he preferred a European military organization, accompanied by a separate diplomatic role in the world.

This dream, like others from France’s leaders, has not become reality.

Since World War II, France has followed a singularly independent role regarding Europe and especially the United States, particularly after Gen. Charles de Gaulle became president in the late 1950s. In the midst of growing disagreements and acrimony, in 1966 France demanded that NATO depart the nation. Alliance headquarters was moved to Belgium. In 2009, France returned to full participation in the alliance.

Breaking away from NATO was central in the strategy of President de Gaulle. The dedicated leader of the Free French during World War II returned to national leadership in a time of extremely grave crisis and public anxiety. Defeat by Germany, then again in 1954 by Communist revolutionaries in Indochina, another enervating war in Algeria, and the revolving-door character of postwar governments all contributed to the perception that France was a severely troubled member of the Atlantic alliance.

After returning to power, de Gaulle skillfully employed a three-pronged strategy involving image, institutions and foreign policy. His remarkable career and personality permitted him to appeal simultaneously to French traditions of monarchism, patriotism and populism. He appeared aloof and was often imperious, yet also used popular referenda.

De Gaulle established the Fifth Republic, including a new constitution granting exceptional executive power to the president. He rebuilt French self-confidence through emphasis on the “force de frappe,” the independent national nuclear force, plus diplomacy. The nuclear deterrent became a potent symbol of national pride and independence.

Except for Britain, a unique special partner, the United States has opposed other nations’ development of nuclear weapons. The Kennedy administration was assertive compared to the nonconfrontational Eisenhower administration in pressing U.S. policies on Europe. The resulting clash between JFK and de Gaulle made for dramatic political theater, featuring intriguing personalities, but based also on profound policy differences, unlike today.

Along with rejoining NATO, the government of France announced financial compensation for people suffering ill health from France’s nuclear tests in the atmosphere. Previously, there was reluctance even to acknowledge significant health risks.

De Gaulle’s legacy includes today’s powerful political institutions and capacity to support NATO from a position of strength. Following the 9/11 terrorist attacks, French aircraft joined others in patrolling North American airspace. Crack French troops have been successful in bringing stability to Mali and other parts of Africa.

This builds on a partnership that in reality has been remarkably positive, beginning with the American Revolution. The presence of a French battle fleet was crucial to the decisive American victory at Yorktown. In World War II, after France’s devastating defeat by Nazi Germany, de Gaulle initiated a Free French movement that disrupted the Third Reich in Europe and North Africa.

In 1991, the European Bank for Reconstruction and Development began. France is a leading founder of this effort to spur investment in Eastern Europe. The Bank today stands firmly established as a powerful engine for economic integration.

In contrast to the Cold War era, powerful economic incentives keep investment capital moving across borders, and across the Atlantic. Keep this context in mind regarding “crises.”

Arthur I. Cyr is Clausen Distinguished Professor at Carthage College in Wisconsin and author of “After the Cold War.”