Yokota West Elementary kids get a taste of Japanese culture 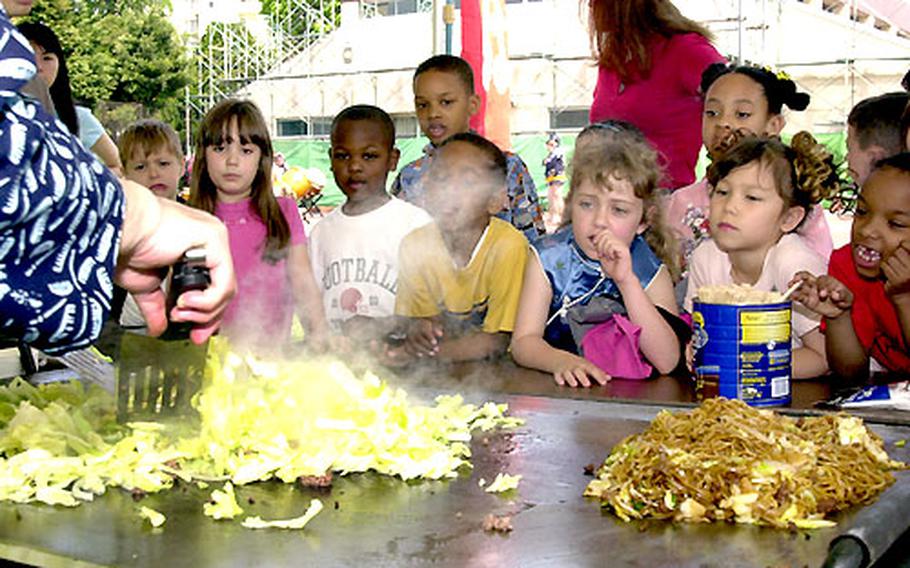 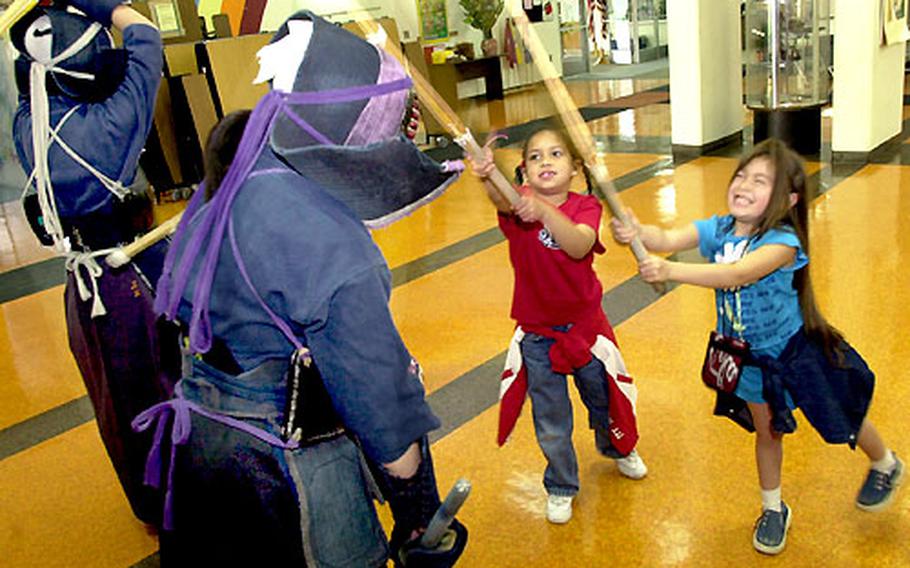 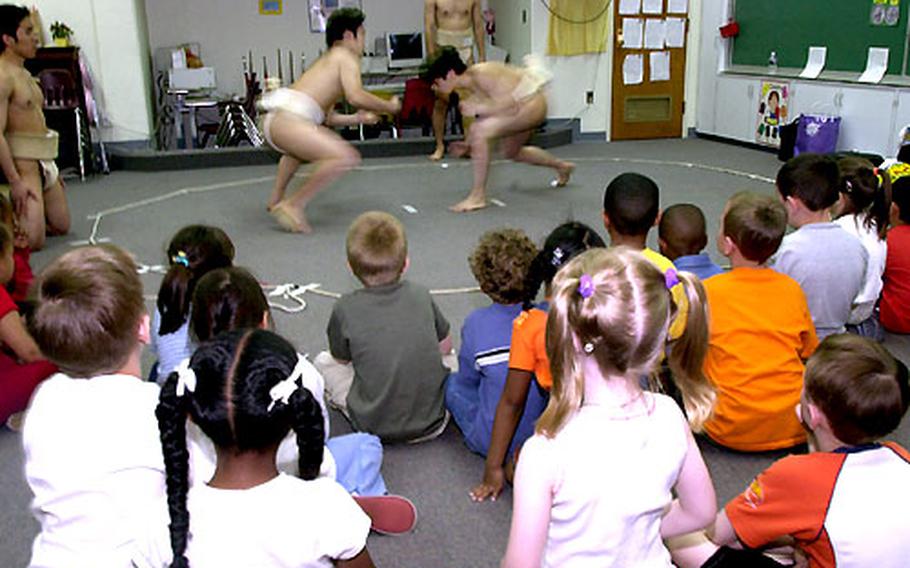 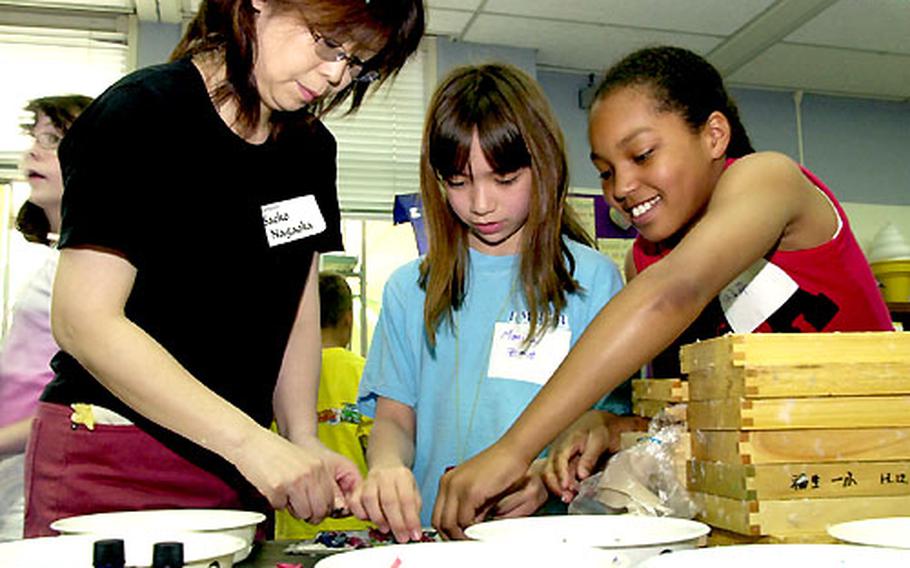 The event gave a glimpse of 32 cultural facets of Japan to pupils, teachers and parents at this base west of Tokyo.

Kendo experts let first-graders rap them over the head with bamboo swords. Taiko drummers shared their drums. A moichi maker stood over a vat of steaming sticky rice all day. And scantily-clad sumo wrestlers ate hot dogs in the library.

From the green tea ceremony to a sushi-making demonstration, it was a day of learning away from the classroom for children and a taste of Americana for the Japanese.

The festival started small 21 years ago when the then host-nation teacher invited members of her hometown of Hino to the school, said Carol Fullerton, the school nurse and Nihon Matsuri co-chairwoman.

The festival is always held during Golden Week &#8212; a time when three national holidays give Japanese workers up to 10 vacation days; Tuesday was Greenery Day.

Regulars still come to Nihon Matsuri, but the festival grows each year.

The memory of sweet American desserts enticed one Japanese presenter to come again.

&#8220;I can already taste those American cakes,&#8221; said one woman, when host-nation teacher Keiko Majima asked her to return to this year&#8217;s event.

Parents spread out a huge lunch of home-cooked meals and desserts, from macaroni and cheese to brownies.

&#8220;I like all the eating stations,&#8221; said fifth-grader Karen Orloski, her mouth full of moichi dipped in sugar and powdered soybean.

For Karen, who has attended YWES since first grade, Nihon Matsuri is her favorite school day.