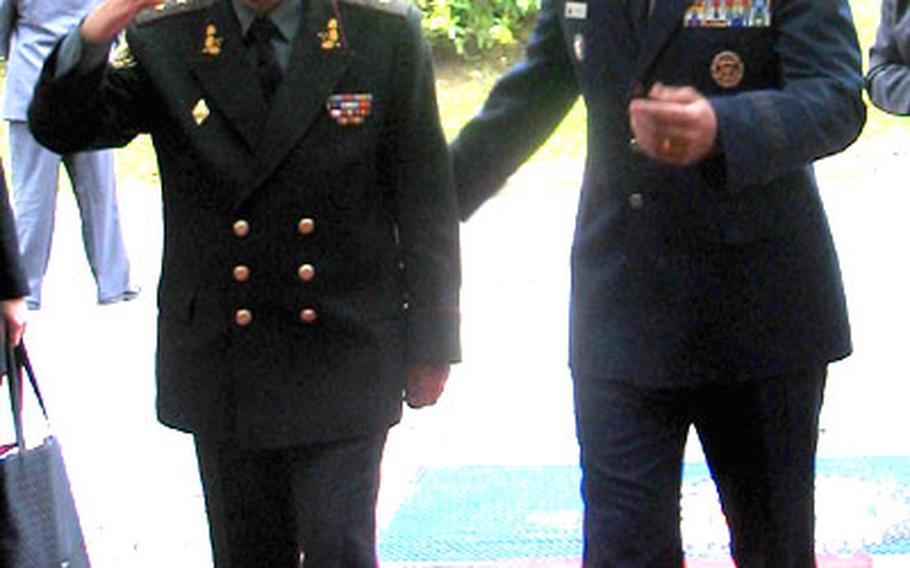 Kyrychenko, the new top military official in Ukraine, a former Soviet bloc country of 40 million people, was to discuss the status of military relations between the United States and Ukraine and look ahead to possible cooperative operations, according to Army Lt. Col. Rob Timm, EUCOM&#8217;S desk officer for Belarus, Moldova and Ukraine.

Ukraine, which has 1,600 troops serving in Operation Iraqi Freedom, next summer will host Operation Peace Shield, a large, multinational exercise.