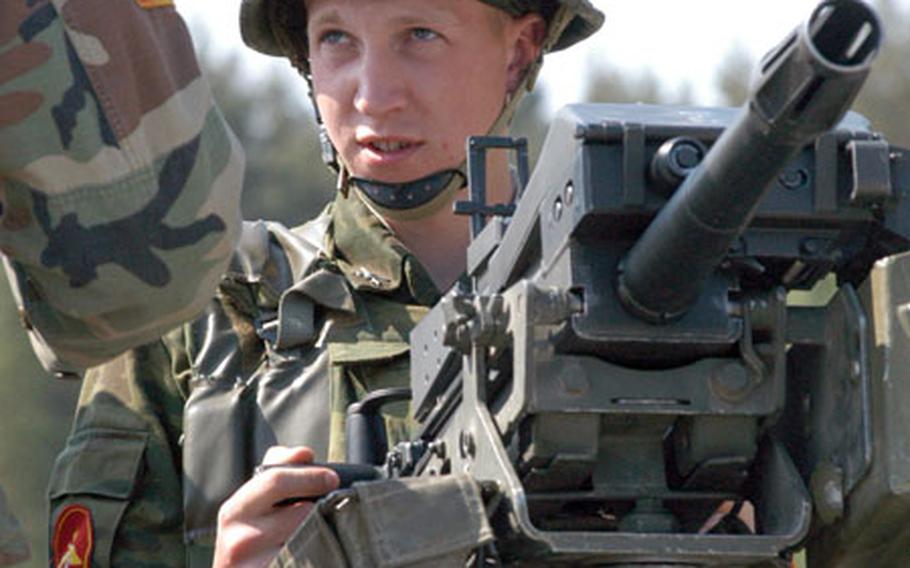 A Russian soldier in the turret of a Humvee at the Grafenwöhr training area gets some pointers Thursday from an U.S. gunner on how to load and fire the automatic weapon. (Ben Murray / S&S)

A Russian soldier in the turret of a Humvee at the Grafenwöhr training area gets some pointers Thursday from an U.S. gunner on how to load and fire the automatic weapon. (Ben Murray / S&S) 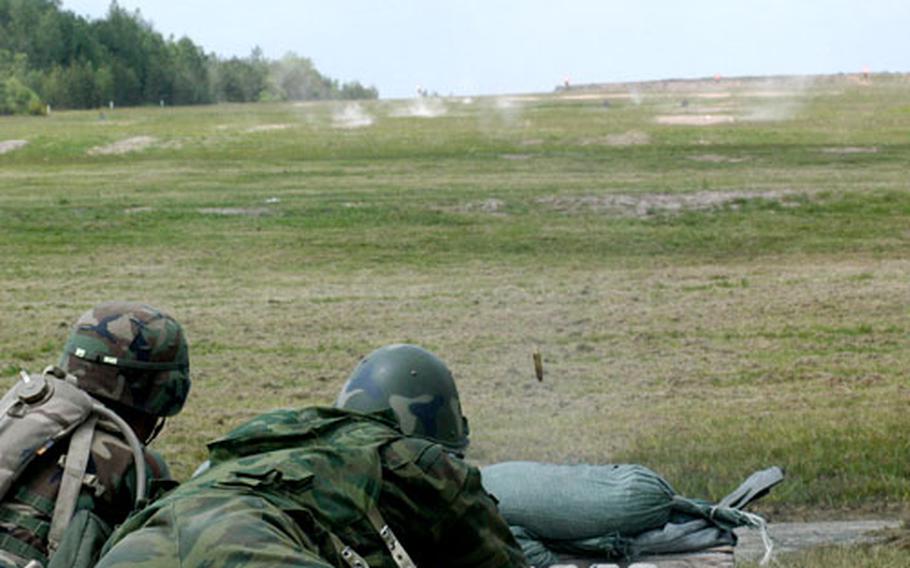 A Russian soldier fires at distant targets with a borrowed American rifle. The joint live-fire training operation marked the first time enlisted Russian and American soldiers had fired weapons together in Germany since the end of World War II. (Ben Murray / S&S) 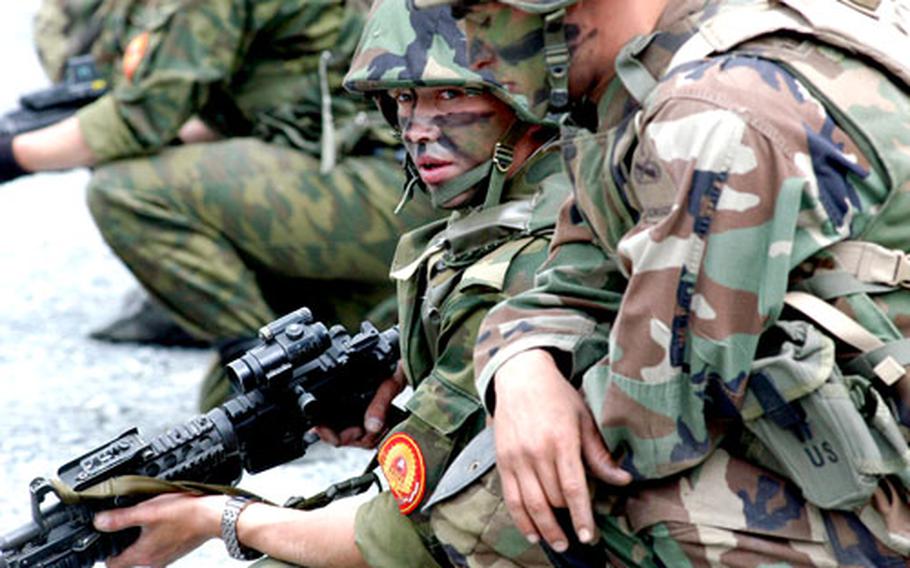 A Russian soldier, flanked by his American counterpart and holding an American weapon, waits for the order to pull back in a defensive simulation at the Grafenwöhr training area in Germany on Thursday. (Ben Murray / S&S)

GRAFENW&#214;HR, Germany &#8212; To some senior officials at Exercise Torgau 2005 in Grafenw&#246;hr on Thursday, the sight of Russian and American soldiers hanging out amiably together was borderline surreal.

When today&#8217;s generals were young servicemembers, Soviet and U.S. troops were being trained specifically to fight one another as mortal enemies, and friendly exchanges between soldiers seemed unlikely.

&#8220;This is absolutely incredible for someone who spent most of his military career viewing these people as enemies,&#8221; said Maj. Gen. David Zabecki, director of Exercise Torgau and a military historian.

But the aim of Torgau 2005, a two-week soldier exchange that ended Friday, was precisely to take advantage of the young troops&#8217; inexperience with Cold War-era preconceptions to develop a new generation of relationships between the forces.

Named for the German town where Soviet and U.S. soldiers first made contact in the final days of World War II, Torgau 2005 became the first modern field exercise joining the Russian and American troops who would have fought the grittiest parts of a war between the two nations: infantrymen and tankers, combat engineers and machine gun crews.

The effort is part of a multi-year program to build relations between the former adversaries. Last year, officers from the two armies trained together, Zabecki said.

Though also intended to give each side a taste of the other&#8217;s doctrine, structure and tactics, the exercise went heavy on the fun stuff &#8212; weapons displays, sightseeing tours, volleyball games &#8212; in order to let the troops bond a little, soldiers and officials said.

Starting at the Solnechhogorsk Training Area and the Russian Combined Arms Academy near Moscow on May 23, U.S. soldiers from the 1st Armored Division got to operate T-72 tanks, fire Russian small arms, tour the Kremlin and try the vodka, said 1st Lt. Brett Brenkus, a tank platoon commander from the 1st Battalion, 37th Armored Regiment.

Shifting the operation to Grafenw&#246;hr last weekend, about 300 Russian troops arrived for a chance to get their hands on U.S. weapons and armor.

&#8220;I sat in the driver&#8217;s compartment of a Bradley and drove it around,&#8221; said Sergey Sergunov, an officer candidate at the Russian Combined Arms Academy.

By the close of the exercise, American and Russian soldiers in Grafenw&#246;hr appeared to be enjoying themselves, posing for pictures together, trading small souvenirs and sharing laughs.

But there was still an atmosphere of importance in the link-up of Russian-American forces.

Soldiers on both sides said that, despite the language barrier, troops from the two armies found plenty of common ground, and would jump at another chance to get together for some more gunnery and another vodka toast.

&#8220;I think if we had the opportunity to have another experience like this, we would be happy to take it up,&#8221; Kazharov said.